In The Studio With… Noizu 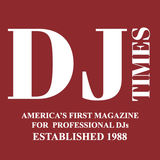 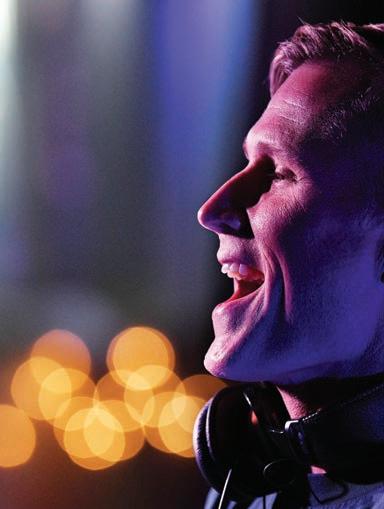 Whether it’s future house, bass house or a more recent understanding of deep house, the house genre’s currently enjoying a resurgence among younger dance-music fans. And one of the youth market’s current faves is the mysterious DJ/producer Noizu.

Adopting a cartoon persona, the L.A.-based talent broke out in 2017 with “Lasers,” a banging earworm handpicked by Chris Lake and Skrillex for OWSLA’s HOWSLA EP. After that early success, Noizu followed up with a steady stream of dancefloor fillers, including his wonderfully buzzy co-remix (with Malaa) of Star- dust’s classic “Music Sounds Better With You.”

So, as he prepped for a busy summer touring in support of latest single – the rousing “Inside My Head,” a collab with Eli Brown – we caught up with the artist behind the animated character, Noizu.

DJ Times: After your success with “Lasers,” what’s your life been like?

Noizu: It’s definitely been an exciting journey since releasing “Lasers.” The response from people and other DJs has been overwhelming and really encouraging. My team and I have been working really hard since releasing “Lasers” and it feels like it’s paying off. We have taken it one step at a time with every release and every show, so it’s been very enjoyable so far.

DJ Times: Where does the name Noizu stem from?

Noizu: “Noizu” is Japanese for “noise.” Noizu’s music is feel-good, fun and trying to bring everyone together for a good time. The idea is with all the noise and worries in the world at the moment, Noizu can be your noise that makes everything feel OK – your noise of choice.

DJ Times: How would you describe your music to someone who’d never heard it before?

Noizu: My music is a new wave of house/tech-house. It has more energy than traditional house/techhouse, but isn’t as heavy as basshouse. I always try and make records quite weird and fun. I think I have a unique balance with my music, the people who support it are varied, and I love that.

DJ Times: What is your studio set-up at the moment?

DJ Times: What role has sound design taken in your music?

Noizu: It’s definitely helped me form my own sound. I think it’s important to make my records sound as best I can. I also think my mixdowns give my records a curtain sound, as I mix and master them all. As important as the sound design is, it’s important to have a good concept for a track… lyrics, structure, purpose, etc.

DJ Times: You recently connected with Tony Romera for “4 The People” on Insomniac's EDC Las Vegas compilation – how did that come together?

Noizu: I’ve always been a big fan of Tony Romera. His productions are really high-quality and he’s a really talented producer. I asked him if he would be up for making a song specifically for the EDC compilation. He sent me a demo and we worked on it until we felt it was ready. We are both really happy with “4 The People.”

DJ Times: You've been popping up quite a bit in the 2019 festival circuit, but how did it feel to rock EDC Las Vegas’ stereoBLOOM? It was a windy one!

Noizu: Playing at EDC has always been a big dream for me – it was an amazing debut show. I’ve never seen anything like it – it’s really special. It was an amazing experience playing on the stereoBLOOM stage. I really fed off the crowd’s energy, so we all had a good time. The feedback on social media from that set has been insane.

DJ Times: House music seems to be finding a younger audience these days. Why do you think there’s been such a resurgence in its popularity?

Noizu: House music has always been around – it never goes away. It has waves of popularity, but it’s never died a death like other genres. I think the reason it’s popular at the moment is that other dance-music genres have gotten stale and aren’t being innovative. I also think it’s more accessible to different age groups because its feel-good music.

DJ Times: When were you first introduced to the genre?

Noizu: I started listening to dance music at a young age. I always found the production side of music fascinating. Early Claude VonStroke and Justin Martin were a huge influence – I really like the weird house music they made.

DJ Times: When did you know you wanted to make a career out of music?

Noizu: As soon as I started making music at school, I know I wanted to do it for the rest of my life.

DJ Times: You've been on quite the tear so far this year. What would you say has been the biggest moment of your career?

Noizu: This year has been crazy so far. I think the most surreal moments have been playing at Beyond Wonderland and EDC Las Vegas. Both crowds were huge and there was such a good response after both sets. It was overwhelming in a really good way. It’s very rewarding leaving the studio and playing shows like this.

DJ Times: What else can we expect from you in 2019 and beyond?

Noizu: This year I will release a few more singles on various labels, including my record label, Techne. I’ll also be touring around the U.S., Australia, and Asia more, so keep an eye on my socials for those show updates. I’m also looking for some artists to sign to my label – it’s definitely something I want to focus on next year.