An Approaching Storm of War and Bloodshed: Massachusetts on the Eve of Revolution 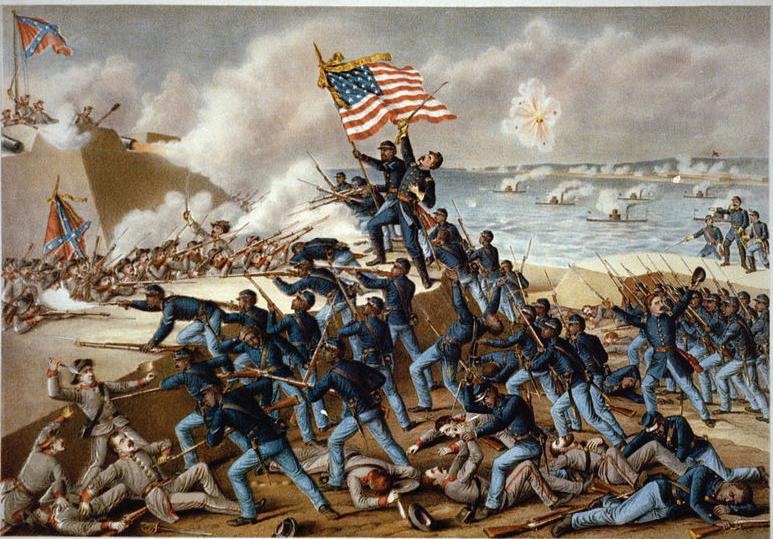 The people of Massachusetts were slow to anger, but when they got mad, there was hell to pay. They protested the Stamp Act in 1765, but they remained British subjects. They denounced the killing of five civilians in the Boston Massacre in 1770, but they didn’t strike back against the soldiers who patrolled their streets.

What finally provoked them to take up arms was a play by the English government to disenfranchise them—in effect, to suppress their voting rights. The Massachusetts Government Act, passed by the British Parliament in May 1774, was the most intolerable of the so-called Intolerable Acts.

The Massachusetts Government Act was itself a retaliation for the latest in a string of increasingly defiant acts by the people of Massachusetts—the one we know as the Boston Tea Party (a nickname coined half a century later). The colonists—or provincials, as they called themselves—had chafed for a decade under a series of taxes, but the most odious was the tax on tea.

Tea wasn’t cheap in the American colonies, but despite the cost, tea had become a daily essential for just about everyone. So the tax aroused widespread resistance, with both men and women participating in boycotts. There was even a public tea-burning in Lexington in 1773.

The most famous tea protest was the one in Boston Harbor December 16, 1773, when as many as 150 men boarded ships to destroy the hated tea while sympathetic onlookers cheered from the shore.

Dramatic as it was, it remained a peaceful protest. The provincials took care to harm no one and even more surprisingly, British officers watched the whole scene from the deck of a nearby warship, but held their fire lest they injure the bystanders on shore.

England’s Prime Minister, Lord North, wasn’t so benign. “Boston had been the ringleader in all riots,” he fumed when informed of the Tea Party. “Therefore Boston ought to be the principal object of our attention for punishment.” 1 Parliament’s first rebuke was to shut down the port of Boston, cutting off essential trade, but what really struck a nerve was the Massachusetts Government Act.

The act removed elected judges, sheriffs, marshals, and other officials and replaced them with men appointed by the military governor, General Thomas Gage. Jurors would be chosen by the Governor’s handpicked sheriffs. All members of the Council, or upper house, of the Massachusetts legislature would be appointed by the Crown. Town meetings, the most vital channel for the voice of the people, were forbidden unless sanctioned by General Gage, who also had to approve the agendas in advance. The overall effect was to give Crown appointees unchecked control over the lives of Massachusetts’ citizens.

Although town meetings were banned, no one could stop the provincials from gathering informally in the tavern or on the green. These “de facto out-of-doors civic bod[ies]” 2 soon evolved into a shadow government, the committees of correspondence, a network that enabled local leaders to share information and plan responses to England’s crackdown.

The committees of correspondence began at once to undermine the Massachusetts Government Act. They called for a boycott of all British goods. The Massachusetts Assembly (the lower house, whose members were elected) urged citizens to conduct town meetings in defiance of the new law. When a judge, Peter Frye, tried to arrest Salem men who met illegally, the people of Essex County united to stop him by refusing to do business with him. Unable to buy so much as a sack of flour to feed his family, Frye resigned his post.

Such acts of resistance remained nonviolent even as they escalated in number andintensity. Although the British government denounced the activists as a mob, their protests were planned with care and executed with restraint. They sometimes destroyed personal property, but they rarely inflicted bodily harm.

The people refused to let the Crown-controlled courts operate. On August 16, 1774, Berkshire County court officials arrived to find the courthouse packed wall-to-wall with protestors. They simply couldn’t get into the building. Two weeks later, a crowd of over three thousand people thronged the Hampshire County courthouse, marching to fifes and drums, and forced the officers of the court to put their signatures on a pledge renouncing the Massachusetts Government Act.

By the end of the summer of 1774, both the provincials and General Gage could see that they were drawing perilously close to war. If the Massachusetts militias took up arms, Gage knew they would overwhelm his occupying force of a few thousand soldiers, so he decided to cut off their supply of gunpowder. On September 1, he sent troops to move more than 200 barrels of powder from Quarry Hill (in what is now Somerville) to Castle William, a British fort on an island in Boston Harbor. The following day, four thousand or more club-wielding protestors marched in Cambridge to protest the removal of the powder.

Meanwhile in Worcester, a group calling itself the American Political Society had set itself up as an independent governing body and directed towns to form companies of combat-ready minutemen. If Gage sent troops to Worcester County, the towns would deploy “properly armed and accoutered” militias to “protect and defend the place invaded.” 3

The Massachusetts Assembly severed its ties with the Crown-controlled Council and declared itself the Provincial Congress. Meeting at Concord’s First Parish on October 20, they listed supplies they would need to equip an army, including 1000 barrels of powder and 5000 muskets with bayonets, at an estimated cost of over £20,000. Towns bought what they could—often on credit—but when they had to, they stole it, like the men who took muskets, cannons, and hundreds of barrels of powder from Fort William and Mary in Portsmouth, NH on December 14.

By the early months of 1775, the Provincial Congress had procured “all kinds of warlike stores, sufficient for an army of fifteen thousand” 4 and arranged to have them stashed in attics, cellars, and barns in Worcester and Concord.

In March 1775, committees of the Provincial Congress directed Colonel James Barrett, commander of Concord’s minutemen, “to keep a suitable number of teams in constant readiness, by day and night.” 5 Rev. William Emerson warned his Concord flock, “In all probability you will be called to real service . . . [There is] an approaching storm of war and bloodshed.” 6 That same month, General Gage sent two officers in disguise to assess the situation in Concord. They found it “an armed camp, with sentries posted at its approaches, and vast quantities of munitions on hand.” 7

The Provincial Congress resolved on April 8 that it was “necessary for this colony to make preparations for their security and defence, by raising and establishing an army,” 8 and published a booklet called Rules and Regulations for the Massachusetts Army in flagrant defiance of English rule.

You know what happened next. Less than two weeks later, Gage’s troops faced the minutemen at Concord’s North Bridge. What they didn’t count on was that the provincials had been rehearsing for this fight since the day the Massachusetts Government Act tried to silence their voice in self-government.

Victor Curran writes and leads tours of historic Concord and is an interpreter at the Concord Museum. He teaches courses and writes articles about the men and women who made Concord the home of American independence and imagination.
This story is from:
Discover Concord Summer 2021
by Discover Concord MA