The Deadly Hand of "The Irish Lafayette" 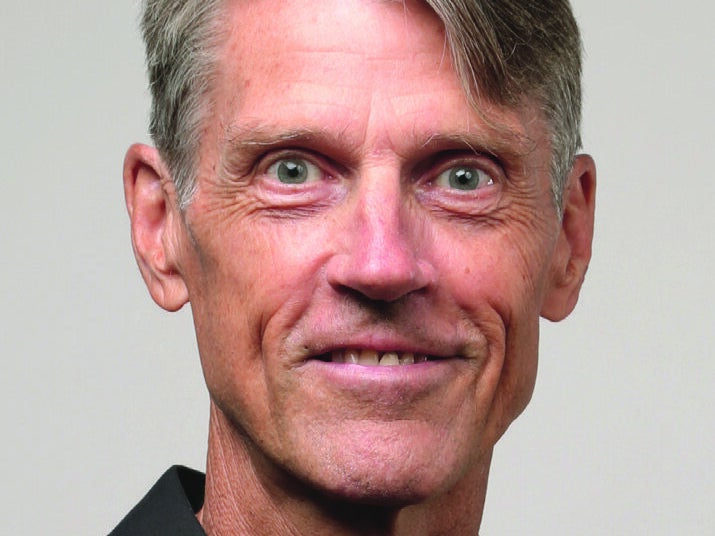 There are 34 muscles in the human hand. You can stretch them wide to claim something or clasp them tight to hold on. It depends on what your brain commands, but sometimes, it’s not up to you; the hand of fate cuts in and pushes you where you were never meant to be.

In 1775, the English empire was reaching wide in two directions: to the east, England was trying to grasp more of India, where their East India Company had had a foothold since 1600; and to the west, it was trying to regain a tight hold on the American colonies, where rebel colonists were threatening to break free. Following the Boston tea party in December 1773, additional Loyalist forces were sent to Boston. Among them, stepping off a ship from Ireland, was 19-year-old Lieutenant Francis Rawdon, a battalion officer in one of the ten companies of His Majesty’s 5th Regiment of Foot.

Born in 1754 with the proverbial silver spoon in hand, Rawdon was the eldest son and heir of the First Earl of Moira in County Down, Ireland, and the noble (and wealthy) English Lady Elizabeth Hastings. Throughout his lifetime, Rawdon would inherit and receive many titles and lands, but for now, Rawdon was tasked with guarding the port of Boston.

Nine months passed. Loyalist spies in Massachusetts suggested that weapons to supply a Continental Army were stockpiled in Concord. Near midnight on April 18, 1775, while Rawdon’s battalion remained in Boston, the 5th Regiment’s Light Infantry and Grenadier companies joined nearly 700 King’s troops and set out to find and destroy the stockpile.

Colonist spies were also at work, messengers ready to report the direction the King’s men would travel. Two lanterns flickered to life in Boston’s Old North Church steeple signaling the Regulars would cross the Charles River and take the road through Menotomy (present-day Arlington) to Concord. Paul Revere began his midnight ride to Concord shouting, “Awake! The Regulars are coming out!”

A disastrous day for England unfolded with battles in Lexington and Concord. Amidst the many casualties in the King’s troops, from the 5th Regiment, five soldiers were killed, and 15, including three lieutenants, were badly injured. To replace one of the injured lieutenants, Rawdon was reassigned to the 5th Regiment’s Grenadier Company as second in command – a move that would have dire consequences for the colonists.

Two months later, on June 17, Rawdon and his Grenadiers were on the downhill side of Breed’s Hill in the Battle of Bunker Hill. Above them, Major General Joseph Warren and the colonist militia were wreaking havoc upon the disadvantageously positioned Regulars. Twice the King’s troops unsuccessfully tried to fight their way up the blood-slicked hillside. Rawdon’s captain was shot in the head, and Rawdon took command of his company, leading the Grenadiers in a third charge up the hill. Suddenly, Rawdon spotted Major General Warren. Hand raising his gun, Rawdon aimed, squeezed the trigger, and shot Warren in the head, mortally wounding him. The symbolism of the major general’s death and the ultimate English success that day was a win for King George.

But the rebellion didn’t end there; the American Revolutionary War was just starting. A year later, Rawdon wrote in a letter, “I hope we shall soon have done with these scoundrels, for one only dirties one’s fingers by meddling with them.” Over the next five years, Rawdon fought with the King’s army and rose in rank. Falling ill in 1781, he tried to return to Britain but was captured at sea and held hostage for a year before being released in a prisoner exchange with the colonists.

Rawdon spent the next twenty years in England and Ireland, where he held multiple titles and properties, continued to move up the military ranks, was a seated member in both the Irish and English Houses of Parliament, and became the patron of Irish poet Thomas Moore. Rawdon also became close friends with the Prince of Wales, George IV, and at one point petitioned Parliament to make the prince the regent and allow him to rule in his father’s place when the King was wrapped in one of his bouts of insanity. The men were exact opposites; where Rawdon was described as tall, athletic, and disciplined, the prince was rotund with a pants waist six feet in circumference, and a gluttonous appetite for women, food, opium, and other people’s money. Frequently in debt, the prince borrowed countless sums from Rawdon.

Back in Ireland, rebellion was stirring. Ireland was under English rule, and by the 1790s, inspired by the independence won in America, a group of “United Irishmen” were demanding freedom from England. English forces swept through Ireland, like they had done in Concord, Massachusetts, searching the countryside for rebel army weapons and leaders. The violence in Ireland was indiscriminate; innocents were executed, women brutalized, and properties burned. Although he was a Loyalist and had spoken in favor of similar activities in America, Rawdon vehemently decried these atrocities in Ireland. His support for the people of Ireland was so vocal that United Irishmen leader Theobald Wolfe Tone likened Rawdon to the French hero Marquis de Lafayette, who had lent aid to General Washington and helped America win the war against England. Tone nicknamed Rawdon “The Irish Lafayette.” In 1803, Rawden was made the commander in chief of British forces in Scotland. There he married the much younger Scottish Lady Flora Muir Campbell, Countess of Loudoun. By all accounts, their marriage was a happy one.

The same could not be said for Rawdon’s friend, Prince George IV, who, in 1795, had swiped right across his family tree and married his first cousin, Princess Caroline of Brunswick (remembered as the odiferous queen who infrequently changed her undergarments). Despising Caroline, the prince sought grounds for a divorce and called for an investigation of her. Known as “the Delicate Affair,” the investigation was full of bribery, spying, and lies. Sources vary, but many claim that Rawdon was deeply involved. Rawdon denied this, but his reputation was tarnished, and he was sent to be the governor general of far-off India, the position both an honor and a banishment.

Rawdon governed India for ten years, during which he commanded two victorious wars, including defeating the fierce Gurkha warriors from Nepal. These victories cemented England’s hold of India. But his own place in the world had slipped. Never repaid for money he lent the Prince of Wales, one source suggests Rawdon’s debt was equivalent to £8,000,000 in today’s currency. He was forced to sell his lands in Ireland and a grand house in England where, by 1820, the Prince of Wales was now King George IV and no longer needed Rawdon.

Rawdon spent the last years of his life in a lowly post as governor of Malta. After an injury suffered in a horse accident, Rawdon and his wife, Flora, sailed for England, but Rawdon died at sea off the coast of Italy. Upon his request, his body was buried in Malta. But even after death, there was one last thing Rawdon wished to hold on to. Before he died, he wrote a note asking that, after death, his right hand be cut off, preserved, and sent home with Flora to Scotland. His wish was followed, and when Flora died, she was buried with his hand clasped in hers. Two lights gone dark, holding on for eternity.

A Concord native, Jaimee Joroff is Manager of the Barrow Bookstore in Concord Center, which specializes in Concord history, Transcendentalism, and literary figures. She has been an interpreter at most of Concord’s historic sites and is a licensed town guide.
This story is from:
Discover Concord - Spring 2022 Issue
by Discover Concord MA