Sleepy Hollow Cemetery, which is recognized on the National Register of Historic Places, is the final resting place of many well-known luminaries like Louisa May Alcott, Nathaniel Hawthorne, Henry David Thoreau, and others whose lives have been documented in numerous ways.

But there is much more to Sleepy Hollow Cemetery, including the burial sites of some fascinating people who may not be as familiar. Their graves can be located on the framed maps at the Cemetery entrances.

James Underwood Crockett (1915 -1979) was a celebrity gardener as well as being known for his unique gardening books about outdoor flowers and plants. In the 1970s he was the original host of the popular TV show, “Crockett’s Victory Garden,” later named “The Victory Garden.” 3 Stow Avenue

Emily Hosmer Daniels (1919-2011) and Marc Daniels (1912-1989), husband and wife, gained notoriety for their TV work. Emily supervised the script for the first hour-long dramatic show, “The Ford Theatre,” and coordinated the cameras for the first two seasons of “I Love Lucy.” Marc directed the first thirty-nine episodes of “I Love Lucy,” including Vitameatavegamin, as well as episodes of “Star Trek,” “Gunsmoke,” “Bonanza,” “Mission Impossible,” and “Hogan’s Heroes.” 83 Ridge Path

Peter Hutchinson (c1799 - 1882) was a well-liked Concord resident known for his skills as a wood cutter and butcher, and the last African American owner of The Robbins House and farm. Peter’s Path, Peter’s Spring, and Peter’s Field are all Concord locations named in tribute to him. 159 Path H, Old Burying Ground

John Shepard Keyes (1821-1910) served as President Abraham Lincoln’s bodyguard at his 1861 Inauguration. As a United States Marshall appointed by Lincoln, he was close by on horseback during the Gettysburg Address. K Ridge Path

Robin Moore (1925-2008) authored many books, including The French Connection and The Green Berets, both made into well-recognized films. 172 Gilmore Avenue

Thomas Whitney Surette (1862-1941) was a musician, composer, and teacher. In 1915 he founded the Concord Summer School of Music which operated until 1938. He is credited with starting the singing of Christmas carols by townsfolk at the Christmas tree in the Town Center on Christmas Eve, a custom that continues. 50 Glade Avenue

Mary Lemist Titcomb (1852-1932) launched the first bookmobile in 1905, in Washington County Maryland, bringing books in a horsedrawn wagon to those who had no access to a library. G Chestnut Path

As you walk through the Cemetery, you will see 25 trees indigenous to MA. Labeling was sponsored by The Friends, and locations can be found on www.friendsofsleepyhollow.org.

The Friends of Sleepy Hollow Cemetery, incorporated in 2002, is defined by our Mission: the continuing enhancement and beautification of and education about the Cemetery. Our many projects, endorsed by the Town and detailed on our website, are possible solely through the commendable support of our donors. Tax-deductible contributions are invited from residents and others sharing our goals. Always acknowledged in grateful appreciation, gifts can easily be made via our website, www.friendsofsleepyhollow.org, or by mail to: The Friends of Sleepy Hollow Cemetery, Inc. Post Office Box 313 Concord, MA 01742-0313

Susan Dee is a Concord native and fourth generation funeral director at Dee Funeral Home & Cremation Service in Concord. She served on the Celebration Committee of the 150th Anniversary of Sleepy Hollow Cemetery.

Kevin Thomas Plodzik is a retired teacher and middle school Principal. He is also President of the Board of Directors of the Concord Chamber of Commerce, and a Realtor® with Barrett Sotheby’s International Realty in Concord. 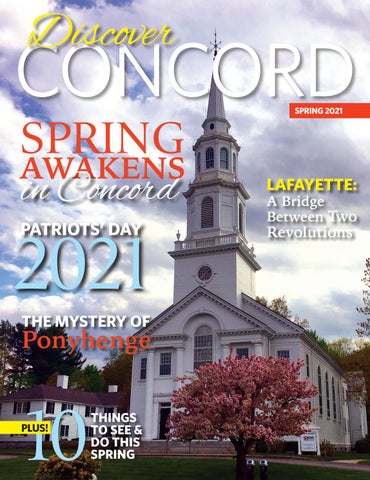