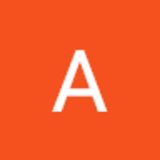 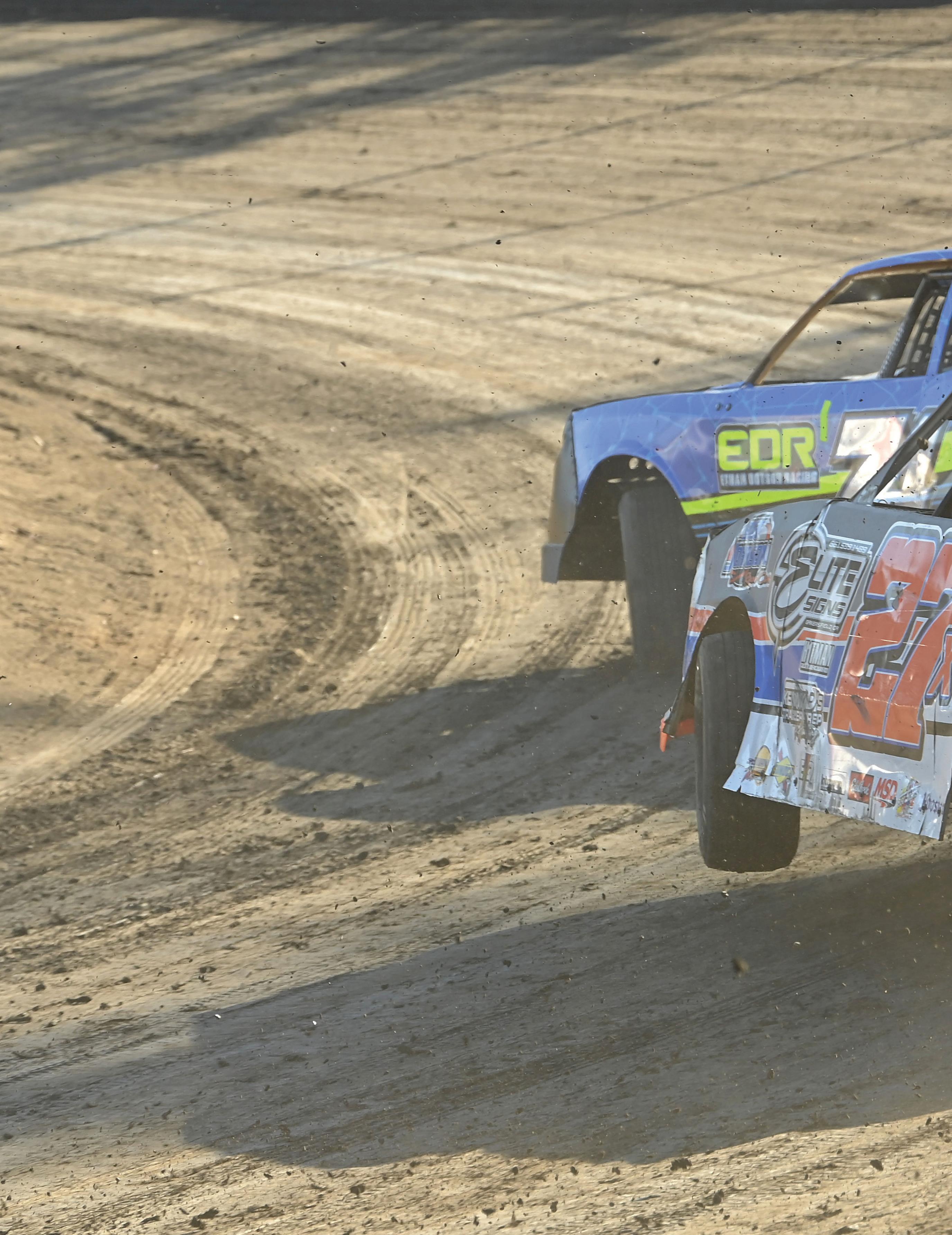 THE CAR IS EMINENTLY FAMILIAR – the Rudeen Racing 26. The man behind the car might not be as familiar.

Kevin Rudeen was raised near Spokane in eastern Washington. His dad, Kent, raced snowmobiles and Kevin started his race career in snowmobiles, go karts, and motorcycles by the time he was ten until he put his racing years behind him to attend college and start working. His passion became his family, kids, and work.

“Somewhere in those years I went to a World of Outlaws show in Manzanita. I thought to myself, ‘If I ever get a chance, I want to do that’”… which sparked the flame of sprint car racing. He bought a J&J sprint car off of Skagit Speedway regular Jim Burrows in the early 1990s and built the car with a friend. They loaded up and drove six hours to Skagit Speedway to make their Rudeen Racing debut. “The first race we went to, we didn’t even bring a spare tire or wheel. We showed up on an open trailer. We had no set up knowledge, we didn’t even know what a torsion bar was! I didn’t drive well, never won a feature. I did qualify second quick at Dirt Cup one year though!”

The final episode in his race career that finalized his decision to step away from driving was a bad accident at Skagit Speedway where he severely broke his arm. Rudeen sat out a year recovering from the accident and concluded that in order for him to stay involved in sprint car racing, he needed to prioritize raising his family and building his business so he could become an owner. His past drivers include Shane Stewart, Jimmy Carter, Willie Croft, PJ Chesson, Jac Haudenschild, Jason Statler and Bud and Tim Kaeding, among others. He currently employs California’s Cory Eliason.

Being the owner of a competitive 410 team is challenging and yet rewarding at the same time. Due to the nature of his business, Kevin only gets to see his car about 15 times a season; a typical season sees the team run 70 shows. The team is housed in Indianapolis for a more central location than Spokane offers, and recently Rudeen started a midget team. Owning several race teams, Rudeen says the plusses outweigh the minuses. “The highs are worth the passion you have for the sport, despite the downfalls you have now and then.”

Tragically, life throws us wrenches that shift our direction in an irreversible way. Kevin is the father of two boys, Rayce and Remy (27). Rayce would be 31 years old this year but the family lost him to an accidental drug overdose in 2016. Out of this personal tragedy, Kevin Rudeen and his family have chosen to create a foundation to not only honor Rayce’s life but to offer hope and help to others who are afflicted by addiction. The Rayce Rudeen Foundation is a foundation that puts 100% of the money it raises directly into the hands of programs who immediately impact those struggling with addiction.

“Rayce was the kindest, most soft hearted person I knew. We named him Rayce because I thought it would be a cool name if he ever got interviewed for

winning the Indy 500.” One of Kevin’s favorite stories about his son was when he was racing his first ever motorcycle race. He was running third and the first and second place bikes tangled and crashed. Rayce stopped his bike to go help both of the other kids and ended up finishing his race in fifth place. He loved music, he was kind, and he was very smart. Kevin reflects not knowing what caused Rayce’s draw to opioids but the family did everything in their power to help him overcome the addiction. “We thought he had beat it, but he ended up taking a laced dose and unintentionally overdosed. I had just been to dinner with him the night before he died.”

Although Rayce wasn’t as passionate about racing as his dad is, Kevin believes the racing community is the way he can get the word out about Rayce’s story and how widespread the addiction problem is in our country.

“The foundation is a work in progress, and an interesting journey. Losing a son is something no parent should have to go through, but many do. I wanted to react in a positive way and started the foundation to do just that”. The foundation helps families in need and works in conjunction with existing organizations to build on The Race Rudeen Foundation. Some of the things that the foundation is passionate about is getting Narcan in the high schools. The foundation is able to help purchase the life-saving drug and train nurses on how to use it and then get help for the child.

In addition to the foundation’s other

fund raising opportunities, the All Stars host the Rayce Rudeen Foundation Race. Last year, it was in Plymouth, Wisconsin. When starting the foundation race planning, Kevin asked Tony Stewart for advice on how to promote the race. The idea to rotate the race each year to a different All Star track was put in motion. The first foundation race was at 34 Speedway in Burlington, Iowa. In 2021, the Foundation is sponsoring four All Star shows in Indiana and culimates in a $26,000-to-win event at Kokomo Speedway.

When asked about the direction of the sport of sprint car racing, Rudeen is very optimistic. “I believe sprint car racing is the best racing on the planet. Once people see it, we gain fans. Organizing bodies can do better to draw people in. It’s great to see the people in professional racing coming back to their roots in dirt track racing to support our sport; drivers like Kasey Kahne, Tony Stewart, Christopher Bell, and Kyle Larson to name a few. I think we are in a good position to grow the sport. Bring any NASCAR fan to a dirt track, and they’ll decide it’s better racing hands down. Sprint car racing is tough and gritty and strong and we will keep getting better.”

Moving forward after the loss of a child is never easy, but Kevin says he is as happy as ever been. He is married to his wife, Monica, and is enjoying being dad to seven year old Amelia. Remy is 27 now. “I am very proud of Remy. We race high performance cars in Spokane. They’re not sprint cars but in high performance racing Remy has found his own niche and it is really fun to watch.”

The Rayce Rudeen Foundation is passionate about prevention, treatment and recovery. We want to share our story so other families do not have to go through the pain that we did. Over the past four years, we as a non-profit organization, have been able to give out several grants to our community to attain our mission. The foundation works on focusing on three elements of beating this disease that can destroy so many families. 1) Prevention/Education: Currently one of our projects is being part of a collaboration with a local school district that has reached out to several services to create ways to educate parents/guardians and students. This collaboration allows us to make positive changes in the community. 2) Treatment: This is not our expertise but we do support various programs where we are able to provide grants to centers that help individuals regain a healthy lifestyle. 3) Recovery: We believe this is one of the most overlooked parts of beating the disease. We know from personal experience! Our goal is to continue to educate how critical this element is. We will continue to find ways to educate families and friends of how important it is to support their loved one after a treatment program.

Mission: The Rayce Rudeen Foundation works with organizations and programs that encourage a healthy and productive life, free from addiction.

Vision: We strive to address gaps in the system of care for those who are struggling with drug misuse. We implement a diverse approach in working with various organizations to make a sustainable impact in our communities by focusing on prevention, treatment and recovery. https://raycerudeen.org/

This story is from:
Dirt Empire Magazine - Issue 03 2021
by dirtempiremagazine