Saucing Up The BBQ 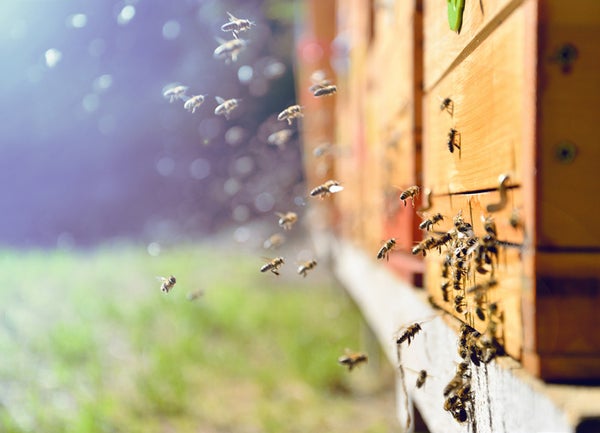 Barbecues represent summer as much as patios and lemonade stands. But barbecued meat sometimes gets lonely without its friend, the great BBQ sauce.

Getting a good sauce for your barbecue can be the difference between a “meh” backyard cookout and a becoming a BBQ king.

We found four Alberta based barbecue sauce-making companies that are killing it at the grill, and we think you should try them too!

Originally from Canmore, Bow Valley BBQ makes their sauces without any sugar or preservatives. Even though they suggest types of meat for each sauce, they believe in letting the cook’s imagination “run wild”, so don’t be afraid to mix and match sauces and meats.

Bigfoot Bold BBQ Sauce is a combination of sweet and heat, with cider vinegar and mango. Add fire roasted peppers, chipotle, and hickory smoke, and you get a bold taste that can be added to beef, pork, chicken, or any other meat you want to grill.

Blueberry Merlot Steak Sauce is ideal for any game meats, or a nice cut of beef.

This sauce has a strong blueberry flavour along with undertones of rosemary, garlic, and coriander. It’s almost sweet, but the herby taste underneath makes for great company to more gamey tastes.

Sweet Chili Corn Salsa – though not exactly a BBQ sauce, it can be added to grilled chicken or a seafood taco. Described as “Asian meets southwest flavours,” a blend of tomatoes, chili peppers, lemon juice, corn, and cilantro make for a crisp and slightly spicy salsa.

Widely available throughout Alberta and BC at Save On Foods, Calgary Co-op and Safeway.

The people who gave us restaurants like Cilantro and The Lake House also sell their own products. Canadian Rocky Mountain Resorts’ CRMR Kitchen offer quality products from ready-made meals to jam to – you guessed it – BBQ sauce.

Flavours of the Foothills BBQ Sauce is made with blackcurrants and Chinook Honey, and is a long-time CRMR favourite. It also includes  paprika, Chinese five-spice, all spice, and balsamic vinegar. This sauce was developed for game meats to give them a light, smoky flavour.

Whiskey BBQ Sauce is a tomato and Asian-based sauce with a hint of Whiskey – great for braising and grilling any meat. It includes a blend of roasted garlic and onions, Dijon mustard, two kinds of chilis and lots of black pepper.

Long-time Alberta BBQ mates, Cattle BoyZ sauces, from Okotoks, have been at it for over 20 years. Their sauces have won awards far and wide thanks to their use of great local and fresh ingredients. And they’re fat free!

Cattle BoyZ Original Sauce was introduced to the world in 1998, and has since won 30+ awards in North America. This sauce doesn’t only bring the yahoo! into beef, but also seafood chicken, seafood, soups, and chilies. Talk about versatility!

Chipotle Maple Bacon Sauce is a mix of tomato paste, chipotle, real bacon, and blackstrap molasses, and brings a boom of flavour to any meat, but works best with white meats, seafood, veggies, or as a chutney.

Sweet Chili Sauce is a great mix of sweet and spicy. The secret mix of spices and sugary ingredients gives a rich flavour to any food. Cattle BoyZ say their Sweet Chili sauce can go with anything, and can be used as a glaze, a dip or a condiment. Talk about versatility!

They can be found in almost every grocery store in Alberta, including: Sobeys/Safeway, Real Canadian Superstore, Save On Foods, Calgary Co-op, Walmart and Costco

From Edmonton, Get Sauced has been around since 1988, making a plethora of sauces, seasonings and dips for every palate. They pride themselves on getting the best ingredients from around the world to make sauces of the best quality.

Chicken & Rib BBQ Sauce is a sweet sauce with a touch of citrus, and can bring your barbecue game to the pros. Don’t let the name fool you, this sauce can go with chicken, beef or pork.

Honey Hickory Chipotle BBQ Sauce is a combination of honey with the mild kick of chipotle, and the slightly pungent flavour of roasted hickory smoke, making it a perfect sauce for any grilled food, though Get Sauced recommends using it on chicken, beef or pork.

Sizzling Hot BBQ Sauce brings heat to your ribs, steaks, chops or chicken. Jalapeños, chilies, and cayenne blend seamlessly into a thick and delicious sauce, satisfying your need for spiciness without making you sweat buckets. Count us in!

Products can be bought online, at Co-op stores in Edmonton, and Freson Bros. They also have a showroom at their production facility where you can pick up any of their goods.
Eva Colmenero is a writer and editor based in Calgary. She would be a vegetarian, if bacon were a vegetable. Follow her on Twitter @evac88
This story is from:
Culinaire #7:2 (June 2018)
by Culinaire Magazine