Is There a Future for Chit Chat Checkouts? With so much buying happening online or through self-service kiosks, the art of shopping has lost much of its attraction. Shopping has become so impersonal with scarcely a chance to interact with others. Indeed, it is no longer an art but a mechanical process.

Rare are the open-air markets where shopping was not only a financial but social interaction. Today, many people rush in and out with their purchases with no concern for human contact.

For some people, something important is missing.

Today, many people rush in and out with their purchases with no concern for human contact. For some people, something important is missing.

Finding a Place for Social Interaction

Jumbo, the Dutch supermarket chain, recently introduced slow checkouts when it discovered some people enjoy chatting while paying for their goods. The added personal touch is helping many people, especially the elderly, deal with loneliness. The move has proven so successful that Jumbo plans to install what it calls Kletskassas in 200 stores.

Carrefour, the giant French supermarket chain, is following suit with special checkout lanes for people who want to socialize. Other French retailers, Système U and Auchan, are not far behind with their own slowed-down checkouts.

These small-talk cashier lanes are gaining popularity. They are called “chitchat” checkouts. The French name, blablabla caisses, is a bit more expressive.

About 150 of the chain’s French stores have opened blablabla caisses, with plans to have at least one till in every location by the end of March. The lanes are marked for only those who want to talk with cashiers. There are no time limits for the customer, although most try to respect those waiting in line. The lanes come at no extra cost to the consumer.

Shoppers are encouraged to take their time on the slow checkouts; cashiers greet with “bonjour” and can ask about the family or the weather. No managers will be around to speed the process up. The aim is to slow it down.

Benefits to Consumers. . . and Cashiers

For some shoppers, the slow checkouts bring back the lost human element. Slow shopping takes away the cold mechanical aspect and turns the routine chore into a meaningful experience. The small talk may appear insignificant, but it is like a lubricant that plays a vital role in breaking the isolation of lonely people.

One unexpected benefit from the chitchat checkouts is the excellent effect upon the cashiers. The fast-paced checkout lines force them to work like machines to process customers quickly. Courtesy and respect are often sacrificed. At the end of the day, many cashiers feel exhausted and unappreciated.

Blablabla cashiers report a new sense of self-esteem and happiness from working at the slow checkouts. It comes from the joy of interacting and being the cause of joy for other people. One cashier reported she did not notice the hours passing. The personal touch made it seem that she was working in her own little business.

Each person has another side that is spiritual and superior.

Why Limit Chitchat to Supermarkets?

The launch of chitchat checkouts does not mean the death of fast-paced shopping. The big trend in the industry is toward faster, automated systems, and self-service checkouts in supermarkets are multiplying by leaps and bounds. Retailers are recruiting customers to do the jobs of cashiers who efficiently check out their purchases without time for chitchat.

However, the slight concession of a few chitchat checkouts shows that the concept has a future. It is not a lot of blah-blah-blah. It shows that people naturally crave human contact. The sterile atmosphere of modern online shopping does not satisfy. Social interaction is invaluable and has no price tag. If only business leaders would take note. There must be many other areas where this chitchat concept might take hold. Many customers are tired of talking to machines or being referred to online options. As social beings, they want to talk to real people.

The success of chitchat checkouts helps show that economics is not the most important human field. Indeed, man does not live by bread alone (Lk. 4:4). Each person has another side that is spiritual and superior. This superior side gives rise to political, social, cultural and religious activities and sciences that tower above mere material economic sustenance and deal more directly with spiritual needs and ultimately eternal salvation. These spiritual needs and desires need to be reflected in the economy. Perhaps a good start would be giving everyone the chitchat option. ■ 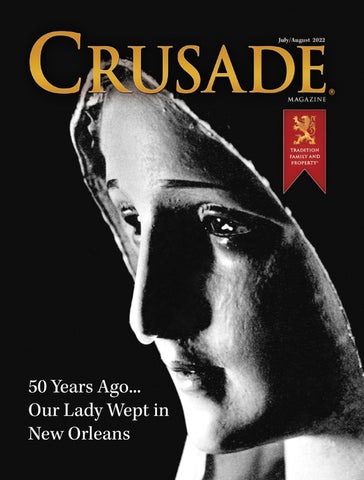