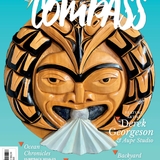 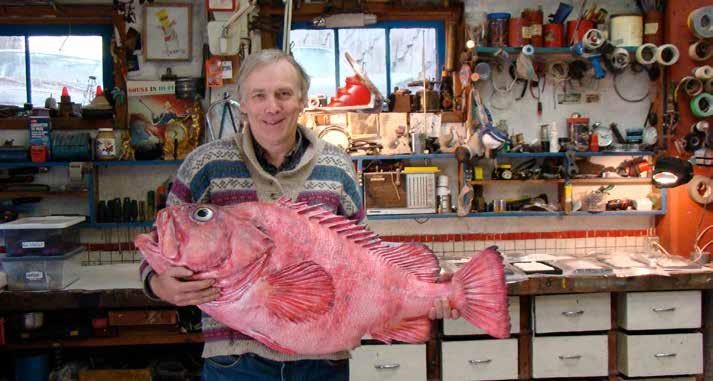 OFF THE BEATEN PATH Quadra Isl...

IN 2012, A TEENAGER scribbled a note on a page of lined paper and signed her name with a heart. She rolled up the paper, slipped it inside a plastic bottle, and secured the lid. From her father’s beach house in Grayland, Washington, near Seattle, she tossed the bottle into the ocean.

Nine years later, and after a northbound odyssey up Puget sound, out the Strait of Juan de Fuca, and who knows where else, Jeff Ignace came across the bottle on a remote Vancouver Island beach. He held the scratched bottle up to the light and called to the other beach cleaning crew members. They gathered around as he uncorked the lid. Ignace deciphered a phone number on the water-soaked note, and with only a small amount of service, decided to call.

On the other end, the now 26-year-old woman and mother of two hadn’t forgotten about the bottle and couldn’t believe it had been found after all this time. Ignace remembers the moment because a CBC television crew happened to be there at the time to capture the entire event—it got him on national news.

The Hesquiaht Nation member has been involved in beach clean ups since 2017. His most recent stint was cleaning washed-up debris from the Zim Kingston, the shipping vessel that lost containers and later caught fire off the Island in fall 2021.

Like a log jutting into a river, the Hesquiaht Peninsula sticks out into the Pacific and catches debris caught in the currents. Ignace recently found and took home half a dozen expensive high-quality coolers and some gym mats from the containers. The latter will be repurposed for use in a nearby outdoor education school. As for the coolers, Ignace says, “business has been good.”

For beach cleaning crews, a finding something useful is a respite from the usual trash—styrofoam, tangled fishing gear, and other plastics. Even messages in bottles don’t excite Ignace anymore. “I’ve probably found thirty in my lifetime,” he says.

The ocean connects almost every major city on Earth, and while sometimes that connection comes as hopeful messages, more often it’s a less romantic connection to our plastic addiction.

The trash accumulating on our beaches was something Renny Talbot couldn’t ignore. He’s a marine biologist and worked for the Department of Fisheries and Ocean. He’s also a surfer, and back in 2017 he and some friends noticed debris and plastic on remote and hard to reach Vancouver Island beaches.

“I thought it would be worthwhile to document what was out there and show that to the public,” he says. They mapped the data with plans to give the information to existing clean up groups. However, there were no such groups doing clean ups in these remote, hardto-reach areas.

That’s when Talbot and his friends went out of pocket to do a clean up themselves. After a successful first year, Talbot sought private funding and registered a charitable organization called Rugged Coast Research Society. The funding allowed them to buy a 35ft landing craft to better access beaches.

In 2021, as part of the Clean Coast, Clean Waters initiative, the BC government announced funding for beach clean up and restoration on the West Coast of Vancouver Island. Rugged Coast, along with five other organizations, received funding and partnered with local First Nations.

They recovered a staggering amount of our garbage. Rugged Coast alone pulled out a heap of garbage equivalent in weight to two humpback whales.

Jeff Ignace worked with Rugged Coast last year and will be a part of more clean ups in summer 2022. It’s an opportunity to work close to home. And more than that, this work allows members of remote First Nations like Ignace to be stewards of their land and give back to their local areas, and he says, “its pretty rewarding because it’s my backyard.”

Talbot is happy that the beaches are finally being cleaned up but points out that cleaning up the trash doesn’t solve the problem. For Talbot, a levy on container ships to pay for clean up would help.

He admits, however, “it’s hard to believe there are going to be solutions around container shipping,” and that this kind of shipping is intertwined with the structure of our society around consumerism.

What do messages in a plastic bottle tell us? The message has been the same since people started throwing them into the tides: “I’m here.” The plastic bottle, however, tells its own story. It’s a permanent blemish marking our time on this planet that tells the opposite message from the note within: “I’m lost.”