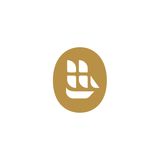 from January 2021 Connections
by College Church In Wheaton 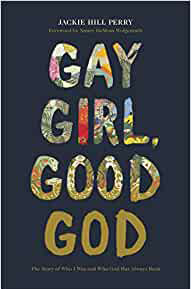 I grew up in Ethiopia, in Addis, in the Orthodox church. Ethiopia is an ancient country. It is named throughout the Bible and is in many ways similar to stories you read about in the Old Testament or in the Mosaic law. There, people believe God punishes and rewards you according to what do. Like Old Testament times, there is a high importance on what dreams mean and a desire for people to receive a reward from the Lord for helping the needy. There’s an expectation that the Lord watches over your steps, sees your good work and blesses you.

Growing up, I learned the Amharic alphabet at school led by an Orthodox teacher and would practice my penmanship by writing out Proverbs 1:7 over and over again. So, it got in my head: “The fear of the LORD is the beginning of knowledge . . .” The Ethiopian Orthodox church calendar assigns special

days, and my birthday was on Saviour’s Day, so growing up I was told that I belong to the Saviour. As they baptized me, they gave me a Christian name in the Amharic language translated as “offered for Christ.” I loved these connections as I grew up, searching to know the Saviour better along with a great desire in spiritual matters.

In Ethiopia, there is great value in hospitality. People you barely know knock on your door for help. You take them in and expect the Lord to reward you and to be pleased with you for making a difference in the lives of humble people—and perhaps they will bless you afterward. People who knew my family would come to our house when they had problems. They would just show up, claiming to be distant relatives or people we met once, and due to the expected blessing from the Lord, my parents would welcome them. My mom would ask the children to wash their feet—hospitality does not send visitors to bed with dirty feet— feed them and give them a bed. We often would have 20 people at a time, including my family. We never knew if we would sleep in our own beds that night or end up sharing one with a sibling.

I remember when I was around age five, a lady came to our door and looked like she was dying. I was scared to greet her. She looked sick, she was pale, she smelled. I was afraid she would die in our house. I couldn’t sleep, thinking she wouldn’t live through the night—I had never seen anybody die. But she did, and the next day my mom took her to a missionary doctor.

Two weeks later the woman came back to our house. I couldn’t believe it was the same person and that she was alive. She looked healthy, she had new clothes – the only thing that was the same was a cross necklace she wore and her name. She thanked us and blessed us. She sent three crosses to my two sisters and me, because she knew I liked hers. I said to my mom, “Who did this?” and she said the missionary doctor. And I knew then that I wanted to be like that. I wanted to be in medicine and compassion ministry.

I connect compassion with faith. Always, missions and compassion have been in my heart, because of the way I was raised and because I grew up seeing these problems. My vision has always been to help the poor. There is such reward in helping them and seeing their happiness.

My journey to pursue my calling for a medical missions was long and hard. After studying at Addis Ababa University, I first immigrated to study medicine in the former Soviet Union in Tashkent, Uzbekistan.

After a challenging year at a school in Tashkent, I transferred to a bio-medical program in Donetsk, Ukraine. I had gone home to Ethiopia, and on my return to school, I went through Moscow. It was when I was on a shuttle bus headed to Tashkent for my things that I lost my passport, my papers and all my money. I cried so much. People took me to the Russian police station, and I tried to explain what happened, but they didn’t get it. It was so complicated. I stayed in Moscow for an entire month, and the school year started without me. A month later, I got a temporary passport and was able to leave, but it was hard to catch up on school.

A little while later, I got a letter from a man named Emmanuel, whom I didn’t know. He had gotten my address from my friend who lived near him in Sweden. They had been talking, and he mentioned he was from Ethiopia and wanted to get married, and she brought up my name. I was so unhappy because she hadn’t asked me first.

I wrote back to Emmanuel and said, “Thank you for writing. If you want to be my friend, that is fine. If your goal is to marry, please don’t write anymore.” He wrote back and said, “I have been praying for a long time, and I think this is from God.”

I had a big fear of God. I knew the story of Jonah and held onto that letter and wondered. She, too, said, “I think this is from God.” I was surprised, but I respected her and asked her why. I didn’t want to be like Jonah. I knew that there were different ways people seek the Lord’s directions in life. If God was talking to me, I wanted to listen. She didn’t have any proof as to why but held firm that she thought it was from God.

I prayed, “Lord if this is from you, I will do it. But you must show me a miracle that I will never question.”

If the miracle I asked for happened in two weeks’ time without my involvement; then we would meet and proceed with a marriage agreement for a year akin to the biblical timeframe for a betrothed relationship. Otherwise, we would remain friends and I would stay and pursue my education where I was. We both agreed to that. I continue praying the Lord’s will be done.

It was Christmastime, and we had two weeks of vacation. Most students traveled, and Emmanuel said we could meet up in Europe, but I didn’t have any papers. I prayed, “Lord, if you are in this thing, then bring the paperwork to my table without me having to do anything.” In the place I was living, my floor had a woman who collected the mail. You would go see her to pick up your letters.

Shortly after, the first miracle happened – someone found my passport, the one I had lost on the train four months before. They didn’t give it to the lady but came and knocked on my door and gave it to me.

A couple days later, a friend of mine was picking up a letter of his own and decided to get mine and brought it to me. That envelope held my papers. Someone else arranged my plane ticket and that, too, was brought right to my door. Finally, the lady in charge of student exit visas (who struck fear in our hearts), told me I had been released and was free to travel. I didn’t do any of these things, they all came right to me. God answered my prayers.

Emmanuel and I met in Athens. He took me to the house of a missionary named Costas Macris, and I stayed with him and his family. There, I heard the full gospel and got a Bible, which I hadn’t had since I left Ethiopia. I began to help with their Bible study and meetings. It wasn’t long before I was baptized in Athens into the Baptist church. They also performed our wedding.

Finally, I went to Sweden where I pursued my calling for medical missions and received my dentistry license from Gothenburg University. I was thankful for the Lord’s faithfulness in making it possible for me to finish my studies and for the births of my children Benjamin and Salome during that time. And, I was thankful for my mother who came to Gothenburg to help me.

As we were looking for missions opportunities, Emmanuel got connected to church planting with the Southern Baptist Association in Tampa, Florida. So, we moved from Sweden to the U.S. with our two children. The Lord blessed us with two more children, Joseph and Johanna. I was home with my children, when the Lord gave me this word from 2 Chronicles 16:9: “For the eyes of the LORD range throughout the earth to strengthen those whose hearts are fully committed to him.”

As I was home with my last baby, I met a missions pastor who was sending a team to Nicaragua. I was privileged to serve in dentistry at this orphanage where the children had so many infections and dental problems. I served my first compassion dentistry mission with my baby on my back.

The Lord continued to open doors and we now serve as career missionaries. I have helped develop a dental clinic and do evangelism and Bible teaching to West Africans.

THE LORD’S FAITHFULNESS TO FAMILY

The verse the Lord gave our family is “Who am I, O Lord God and what is my family, that you brought me this far?” (1 Chronicles 17:16)

Our son Ben is an epidemiologist with a PhD. He and his wife, Feven, love and serve the Lord in Maryland. Salome serves at a community hospital in Grand Junction, Colorado, as an occupational therapist. Salome is married to Jesse and they enjoy outdoor activities and life with the Lord together.

Joseph is a mechanical engineer and works as a consultant. He was a student athlete. We enjoy coming to church and praying together. Johanna is at Hope College studying nursing and loves the Lord.

My journey of life and of faith has not been smooth, but God has never stopped providing for me. This season with COVID, has been hard. I am praying and trusting that God would clear the way and direct my path as he has in the past.

About the Author | Adugna Tahear

Adugna and her husband Emmanuel serve with SIM Culture ConneXions. She is a career missionary dentist and seeks to relieve pain, eliminate infections and give people back their smiles.

This story is from:
January 2021 Connections
by College Church In Wheaton