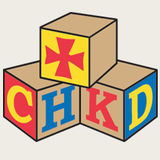 from CHKD Kidstuff, Winter 2022
by Children's Hospital of The King's Daughters 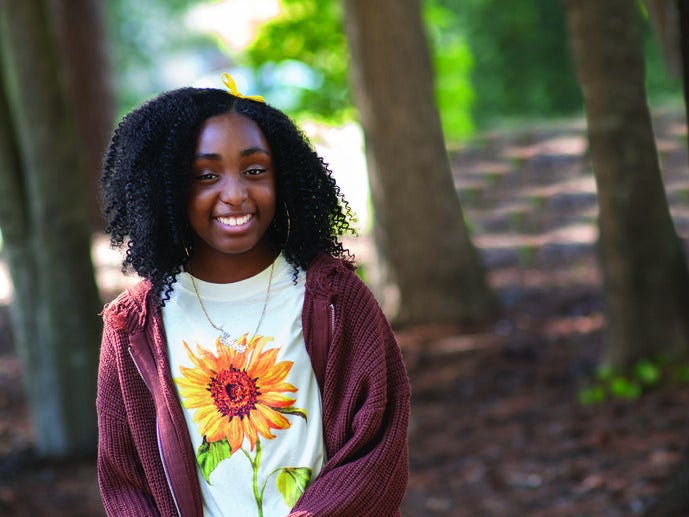 A Fight for Her Life

Julius Middleton was prepared to get braces to fix a small gap in his teeth. But a routine visit to the orthodontist for X-rays in January of 2021 revealed something much more alarming than misaligned teeth: Julius had a tumor growing inside his lower right jaw.

In a private meeting with the orthodontist and staff, Julius’ mom, Angie Means, tried to remain calm. She held it together until she was alone in her car outside the office. Then she called her husband in a panic. She remembers telling him, “They found a mass.” She wasn’t sure what to think. Could it be cancer? Would Julius need chemotherapy? Would he be OK?

The orthodontist referred Julius, of Suffolk, to Dr. Edward Weston Santee, an oral and maxillofacial surgeon at CHKD, who specializes in cleft and craniofacial surgery as well as facial trauma. To Angie’s relief, Dr. Santee had already scheduled a biopsy for Julius when they met him for the first time in February.

The biopsy revealed that Julius had what’s called a solid ameloblastoma, a rare, aggressive tumor that can grow very large. Left untreated, it could become disfiguring and make it difficult for him to eat. It wasn’t cancerous, but it would need to come out.

“Thankfully, it was detected relatively early, which is great,” says Dr. Santee.

To remove the tumor completely, Dr. Santee would need to take out about one-third of Julius’ lower right jaw, including a few molars. Using virtual surgical planning on the computer and a 3-D model (shown above), Dr. Santee mapped out the exact portion of Julius’ jaw that would be taken out during the surgery. A custom-made titanium plate would become Julius’ new jawbone, held in place with a mixture of bone (harvested from his hip), allograft (donor tissue), and a bone growth hormone.

The surgery would also require removing the inferior alveolar nerve, which runs right under the teeth and provides sensation to the lower lip and chin, and replacing it with a donor nerve.

“One of the things that I love about Dr. Santee is that he made sure to explain everything directly to Julius,” Angie says. “He would let Julius ask questions and really took the time to make sure my son understood what was happening.”

The morning of his surgery, Julius wasn’t scared at all. “I knew I was in good hands,” he says.

Dr. Santee and his colleague, CHKD plastic surgeon Dr. Yifan Guo, performed the surgery, which took more than seven hours. Julius spent a week in the hospital recovering and adjusting to a temporary feeding tube. Initially, his face was very swollen. But neither of these discomforts kept him from enjoying a visit with CHKD’s facility dog, SaraLee. Julius loved it when the golden retriever climbed up onto his bed to cuddle with him.

“It’s a relief to know that the tumor is gone,” Angie says. “I’m grateful that we found it. It could have been much worse.”

Eventually, Julius will return to CHKD for another surgery to remove the titanium plate so that it doesn’t interfere with the growth of his jaw. The final step of his reconstruction will be when Dr. Santee installs dental implants to replace the teeth that had to be removed.

“He has done very well postoperatively,” Dr. Santee says. “The bone graft has healed beautifully. It makes me feel good to know that he can go about his daily activities and feel confident about the way he looks.”

Today, Julius happily lifts his chin and points to a faint incision scar. “Most people don’t even know that I had surgery,” he says with a smile. “They can’t tell.”

Dr. Edward Weston Santee checks in on how Julius has healed since his surgery. Julius will eventually return to CHKD for another surgery to remove the titanium plate in his jaw.

CHKD offers the region’s only plastic and oral maxillofacial surgery program designed exclusively for children. In 2020, our pediatric plastic surgery practice welcomed a new oral and maxillofacial surgeon, Dr. Edward Weston Santee – expanding our scope of services – as well as a new plastic surgeon, Dr. Yifan Guo, in 2021. With these additions, our program now offers exceptional continuity of care with specialized treatment plans for all pediatric craniofacial and oral maxillofacial conditions from birth to adulthood.

This story is from:
CHKD Kidstuff, Winter 2022
by Children's Hospital of The King's Daughters