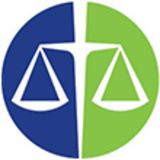 from BarTalk August 2021 | Sports & Recreation
by The Canadian Bar Association, BC Branch

It’s often said that “sports look good on a resumé” with little tangible explanation as to why. I trained and played with Team Canada for five years. I traveled the world, competing on different continents and in wildly different conditions — from the glitz and glam of the Paralympics, to grueling training camps in the sweltering heat of Brazil. For three of those years, I was also in law school. Shortly after playing in the London 2012 Paralympics, I started my articles. Now a seven-year call, I’m often aware that much of how I run my practice came from lessons learned on the basketball court.

THE BEST TEAMMATES DON’T NEED TO BE BEST FRIENDS

When I played for Team Canada, there was a 23-year age span from the youngest to oldest player. Very often, you could find yourself playing alongside someone with whom you had very little in common, from thousands of kilometers away, and sometimes spoke a different language. At times, it could get heated and there were definitely disagreements, both on and off the court. What mattered most, however, was a mutual respect and an understanding that we were working toward the same goal. The same is true in law. When I articled, there were times I was working alongside lawyers 45 years my senior, with very different interests, and very different lives than mine. Despite that, we always had the common goal of doing the best for the client. There can often be different ideas about how files should be run, and how practices should be managed. Disagreements are fine — sometimes even expected — as long as there is a base of mutual respect and a common goal.

TOP PERFORMERS TAKE THE MOST MANAGEMENT

High performance athletes come with high performance personalities. When I look back on my years with Team Canada, I’m very impressed by the amount of personality management done by the coaching staff in order to get our team into its ideal performance state. In my experience, it’s rare for a top performer in any competitive discipline to be laid back and go-with-the-flow. If they appear that way, it’s often the result of years of meditation at the request of a sports psychologist. The same can be true in law — we operate in a detail oriented, deadline-focused world with teams of staff to oversee and instruct. Often, many of the brightest minds (staff included!) require extra care and guidance to reach their highest potential. Take the time to manage the mental health of both you and your team — it will pay dividends in the end.

I CAN ONLY CONTROL ME — EVERYTHING ELSE IS EXTERNAL

No one likes getting a bad draw. Be it a tournament bracket, a referee, or a judge. In high performance sport, the most successful athletes are those that take external factors in stride. If you find yourself in early foul trouble because the referee likes their whistle, you adjust your play or risk being ejected from the game. The best athletes make these adjustments with little fuss. The same is very true in law. As lawyers, we don’t necessarily get to choose our clients, or, more often, the facts of the client’s scenario. Few of us can say we’ve ever had a perfect client and frankly, it’s irrelevant. There is little sense in agonizing over things we cannot change.

The facts are the facts, and the most effective advocates work with what they have in the moment.

In sum, my legal practice has greatly benefitted from lessons learned from sport about adaptability and resilience in the face of ever-changing circumstances. Whether it be dealing with jetlag and injury, or how best to perform when the gym in Brazil has no air conditioning, I’ve transferred skills from sport to law countless times (including once during an August trial when the Kamloops court house lost air conditioning) and will continue to do so the rest of my career.

Jessica Vliegenthart practises personal injury law at Fulton in Kamloops, BC. She is a Paralympian in the sport of wheelchair basketball, representing Canada from 2007-2012.

This story is from:
BarTalk August 2021 | Sports & Recreation
by The Canadian Bar Association, BC Branch