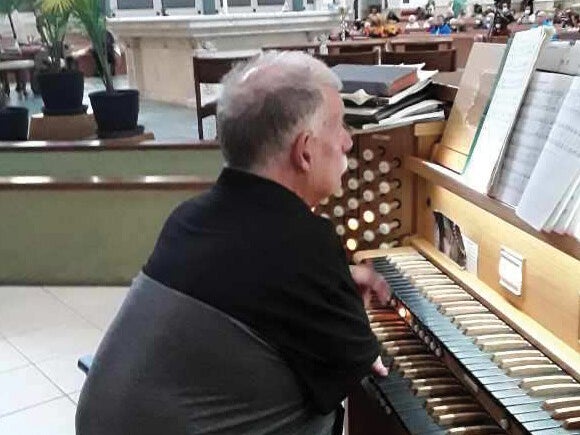 The Knights of Columbus organization was founded in 1882 by Blessed Fr. Michael McGivney in New Haven, Conn. This young priest founded this order in response to a desperate plea from young widows whose husbands had been killed in dangerous factories. It was quite popular at this time for men to join secret societies, many of which held very anti-Catholic views. Between the Catholic prejudice that was common among a largely Protestant region, the growing societies, and the need to provide for poor and struggling members in the community, Fr. McGivney saw a need within his community to gather men to unite and serve others. The Catholic lay organization is founded upon the four pillars of Charity, Unity, Fraternity, and Patriotism. The group grew quickly and by the early 1900s, they had councils in several countries beyond the United States.

Our Knights of Columbus Council at St. Elizabeth Ann Seton Parish was founded only two years ago. In this short amount of time, the council has grown to over 185 members including all of the parish’s priests and deacons.

Parishioner Mike Tennyson is the Grand Knight for the council. His leadership for this group has been largely focused on stewardship.

“Stewardship is sharing the gifts that you have for the benefit of the church,” Mike says. “We have a lot of different people who have different gifts. We encourage our members to look at themselves and say, “What can I do?’

“We talk a lot about how we don’t want to be consumers, we want to be ministers,” he adds. “We encourage our guys to be involved in whatever way they can and want to be. Our members really step up. If I need two volunteers, I have two. If I need 20, I have 20 show up.”

For instance, Knights of Columbus member Fernando Melendez recently volunteered to transport kids to the school when the usual bus driver was unable.

“He has his CDL (commercial driver’s license) and he drives 45 minutes each way to pick up these children that otherwise wouldn’t have a way to get to school right now,” Mike says. “He didn’t hesitate to take on this commitment and he also refused to be paid for it. These are the kind of members we have.”

As a council, our Knights give a lot of support to local pro-life organizations including St. Gerard’s House, which supports unwed mothers with a place they can stay, finish school, and learn to support themselves.

The Knights also played a large role in facilitating COVID-19 testing at the parish. They helped with directing traffic, setup, and organization to make the site safe and accessible for those in need.

This spirit of service and volunteerism is the source of life for this newer council and it is a blessing for the entire parish.

“I have to tell you, as Grand Knight, I have to run hard to keep up with these guys!” Mike says.

For more information, visit the St. Elizabeth Ann Seton council’s website at www.mothersetoncouncil.org. To join the Knights of Columbus, please contact Mike Tennyson at miketennyson@gmail.com or 904-545-8245. Meetings take place on the third Thursday of the month at 7 p.m. in the parish social hall. Meetings are one hour long followed by dinner.