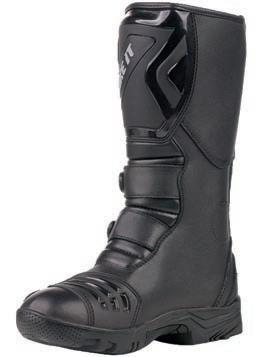 True Track Software has been around long enough to inspire confidence in its main product: Pyramid Dealer Management System (DMS), a cloud-hosted DMS specifically tailored to meet the requirements of the motorcycle industry. Pyramid has been developed by Jez Shave, and being cloud-based, it does away with expensive servers and can be accessed from multiple devices anywhere in the world.

The company began trading in 2012 with Shave as a sole trader; the last six years have seen it operate as a limited company with ten staff. Initially Shave had been working at another DMS company, Catalyst, but left to join D&K Motorcycles, which provided him with the opportunity to work with what is now the UK’s largest trade and classic bike dealership for a couple of years before setting up on his own.

He had no intention of returning to the motorcycle industry, but that’s what happened. “I ended up rewriting my own dealer management system. Coding is in my blood – my father was an electronics engineer at Lucas Aerospace as well as a programmer, and he was the one who convinced me that cloud-based product was the future. He came up with the names True Track and Pyramid DMS. I’d never written a programme, but I knew I could do it because everything was in my head. I knew exactly what I wanted.”

While at D&K, Shave helped to streamline the business. Through writing an eBay integration programme for D&K, he met Harry Sales, his current business partner. They worked well together, as they both used the same programming language and devised a DMS system that would turn the business around. At that time, D&K was importing containers of bike parts from China and selling the contents online. Shave’s reporting and analysis allowed them to see that they were being ‘busy fools’. Over time the spares operation was wound down in favour of other aspects of the business.

After leaving D&K, Shave and Sales started working with MotoGB, where they spent a few years developing the company’s B2B system, which in turn was polished into a DMS (Pyramid DMS) and operated successfully at both D&K and MotoGB. As a result, they then set up on their own. “What sets Pyramid apart from other dealer management systems is that we can modify the core programme to work with existing internal systems,” explains Shave.

Pyramid now has more than a hundred dealers on its books, most of whom have come through personal recommendation. Other corporate clients include ASE Global Automotive Solutions, Ducati, Triumph, Suzuki, Honda and most recently, Completely Motoring.

“We can cater for the larger customers right down to the one-man bands – all are equally important to us. On top of the standard system, we can offer e-commerce integration. We’ve got a warehouse module and the B2B system, which Herald Motorcycles has just taken up, and we can also handle warranty claims and the customer portal.”

As Shave points out, lockdown did Pyramid a few favours as, with people working from home, the system could equally be accessed via a laptop or tablet. www.britishdealernews.co.uk

This feature also benefits the accounts package, including the full cost of sales for any vehicle, PDI, replacement parts, etc. There’s also a vehicle health check module as part of the DMS, and workshop technicians can access this feature through a tablet too.

Any DMS developer will obviously try to cover all the angles dictated by the client’s business. Pyramid offers weekday telephone support and emergency weekend cover – you might even get to talk to the boss. “Everything we do is in-house, within the walls of the building,” confirms Shave. “All our developers are fully contracted and on the payroll. I actually wrote the system as well and, as the managing director, I can control the team and the direction of the business, so that gives me the edge when I’m in front of potential customers. I can say, ‘Yes, we can do that’ – and mean it.”

Although True Track Software does create dealer websites, it’s moving away from that area to concentrate on the Pyramid B2B and warehousing systems. Shave responds to any initial enquiries before moving on to a consultation, preferably face-to-face. Then there is an on-site visit to meet the staff and find out exactly how the business operates. If both sides are satisfied, a full proposal is

put together, after which the installation can begin.

Shave illustrates another key sales factor when considering Pyramid. “We can migrate customer data from an existing DMS, including Evopos, Catalyst and Deep Blue, which is important because you don’t have to start from scratch. Our current aspirations are to explore warehousing further with the trade distributors and continue the DMS within the retail sector. But, as Shave says, he’s not in the business of trying to convert dealers or manufacturers to Pyramid from other dealer management systems if they’re happy with the one they’re currently using. In other words, he’s not desperate to sign up new business at any cost.

However, to expand, True Track needs to look at other markets. This doesn’t mean that True Track is abandoning the motorcycle industry, far from it, but in the grand scheme of things, it is relatively small and True Track has quite a big chunk of it already. As Shave intimates, “We’re now looking further afield – at agricultural applications, for example, which seem like a natural progression.”  True Track Software 01782 789317 sales@truetracksoftware.com

“THE PYRAMID INTEGRATION WAS SEAMLESS, and support is first class. The DMS is so intuitive to use it’s a pleasure to work with. Moreover, it has improved our retail and management information beyond expectations. We are delighted with our partnership with True Track.”

Being cloud-based, it does away with expensive servers and can be accessed from multiple devices anywhere in the world