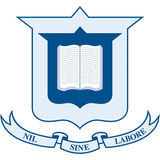 For more than 70 years after first walking through the Brisbane Grammar School gates, Old Boy Dr Bruce Roberts ’45 maintained his affinity with the School.

Dr Roberts, who passed away aged 88 in 2016, left a generous Bequest of $249,226 to the School that will serve to support others embarking on their BGS journey through needs-based bursaries.

Remembered for his quiet nature and medical achievements, Dr Roberts was one of Ipswich’s longest serving doctors. He had great respect from his patients and led the way in innovation, with Dr Roberts’ practice the first to use mobile phones and computers. Going beyond his role as a GP, he led the transformation of St Andrew’s Private Hospital into a significant institution as Chairman, and was a member of the Queensland Medical Board.

The School salutes Dr Roberts’ generosity and contribution to the greater community.

The Traves - A BGS Legacy Family

The Traves family has a remarkable connection with Brisbane Grammar School that stretches back more than a century. At the BGS150 Gala Dinner in early 2018, Norm Traves ’39 was acknowledged as the oldest Old Boy in attendance, at 95-years-old.

The family’s labyrinthine connection speaks volumes, as does Norm’s generosity in the form of a Bequest to enable less fortunate boys to attend Brisbane Grammar School.

Norm was delighted to be acknowledged at the BGS150 Gala Dinner and it was especially wonderful that many of his grandsons were present as well as both sons.

This story is from:
BGS Bequests
by Brisbane Grammar School