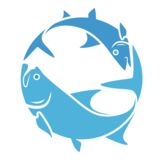 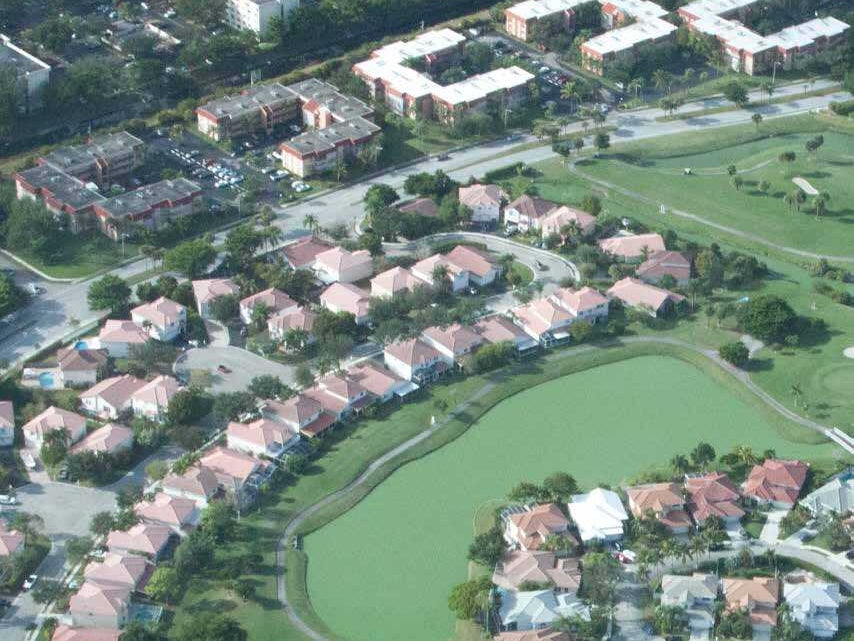 If there’s one word that sums up Bonefish & Tarpon Trust’s approach to conservation, it would have to be collaboration. “We never try to tell another non-governmental organization (NGO) or government agency what to do,” explained Dr. Aaron Adams, BTT’s Director of Science and Conservation. “Instead, we seek out partners and offer our scientific and domain expertise to help those partners achieve conservation goals.”

This approach has been fruitful in Florida and the Bahamas. Now it’s being applied to further flats conservation initiatives in the western Caribbean.

“Our approaches in Belize and Mexico are similar—science, education and conservation,” said Dr. Addiel Perez, BTT’s BelizeMexico Program Coordinator. “Science, of course, concerns fieldwork, like tagging programs. Education includes dialoguing with a wide range of stakeholders—including guides, lodge owners, other NGOs, university science departments—anyone with an association or interest in flats fisheries. It also includes communication through social media. Conservation entails encouraging governments and NGOs to include flats fisheries and these areas’ unique needs into their management strategies.”

Though big-picture conservation approaches are similar, onthe-ground operating realities in the two countries are somewhat different. “Belize gives NGOs in different regions the ability to co-manage protected areas,” Perez continued. “Mexico, on the other hand, still manages most of its protected areas through governmental departments.” Despite these differences in management, collaboration with co-managers, governmental institutes and community groups is key to further conservation goals.”

Highlighted below are some of the recent collaborations BTT has embarked upon.

The Sarteneja Alliance for Conservation and Development (SACD) is a community-based NGO in the fishing village of Sarteneja, in the Corozal District of northeast Belize. SACD promotes the conservation and sustainable use of marine resources in the region, with a focus on Corozal Bay Wildlife Sanctuary, which it co-manages in partnership with the Forestry Department. SACD’s efforts are split between two primary program areas: natural resource management (which entails research and monitoring as well as surveillance and enforcement) and education/engagement/outreach (which focuses on bringing a better understanding of the value of healthy ecosystems to local communities).

“The Corozal Bay Wildlife Sanctuary is estuarine in nature,” said Joel Verde, Executive Director of SACD. “It’s really part of an interconnected system of protected areas—Bacalar Chico to the east, Hol Chan to the south and the Manatee Sanctuary (Santuario del Manatí) on the Mexican side, in the North Lagoon. The goal, of course, is to have a functional role that supports the entire system.” SACD signed on to the comanagement agreement for the sanctuary in 2012. But though the area was protected on paper, there was no enforcement presence to put protections into practice. The enforcement challenge is a reality in many protected areas—not just in Belize, but globally. In the case of protected areas in northern Belize, one of the issues is that bonefish and permit are incidentally caught in beach traps that are used in the commercial fishery. SACD and other co-managers are working to reduce the capture of bonefish and permit, which were protected as catch-and-release in 2009 (bonefish have been protected as non-commercial since 1977).

“The commercial and subsistence fishermen are traditional users of the resource, and have been harvesting bonefish for generations, even before bonefish were protected and before the area was established as a wildlife sanctuary,” Verde continued. “They use the meat for empanadas and fish ball soup, which is considered a delicacy. Though it’s illegal to harvest bonefish in Belize, changing the practices and customs of the traditional people is really a sensitive issue. This meant that we needed to work closely with the communities. The intention was never to change the people’s way of life or create conflict with them. This would’ve done more damage than good.”

Instead of strict enforcement, Verde and his team began working with the fishermen to explore processes that could lead to more sustainable harvest mechanisms. “We wanted to gain their trust and engagement, to show them the possibilities of doing the right thing,” he added. (Catch assessments showed that bonefish were mostly harvested as by-catch while fishermen were pursuing other species such as black snapper, barracuda and mojarra.) “Fishermen are now releasing bonefish more frequently, partly as a result of enforcement, partly from a better understanding of their value alive, and not just because we are saying you can’t harvest them. Our sense is that if fishermen take the risk of keeping a bonefish, it’s for their own consumption, and not for the black market.”

Hence, BTT’s work to collect catch data for science and its collaboration with the angling community has helped conserve the area’s bonefish.

It’s not a great surprise that SACD has begun working with BTT; after all, Joel Verde and Dr. Perez grew up in the same town and attended school together. “I knew of some of the research that Addiel was conducting around San Pedro (Ambergris Caye),” said Verde. “We shared interests in terms of sportfish protection in Belize and how it might relate to our work in Corozal Bay.” BTT is currently working with SACD to conduct a sportfish tagging program, combined with citizen science, to reach a better understanding of the connectivity between the various marine protected areas in northern Belize; permit are the primary focus of the current tagging program. BTT is also providing training on the positive impact of tourism-related activities, such as catchand-release fishing, to people in the community and SACD staff. “We are now working on a more formal system for continued collaboration for the protection of these key resources,” Verde added.

Turneffe Atoll is the largest and most biological diverse atoll in the Western Hemisphere, comprising approximately 30 miles by 10 miles of reefs, back-reef flats, creeks and lagoons, mangroves and more than 150 islands. The Turneffe Atoll Marine Reserve (TAMR) was officially established in 2012 as Belize’s largest Marine Reserve. The Fisheries Department, within the Ministry of Fisheries, Forestry and Sustainable Development, is responsible for the oversight and management of all Marine Reserves in Belize, including TAMR. The Turneffe Atoll Sustainability Association was established in 2012 to co-manage the reserve. Their activities include enforcement of reserve regulations, fisheries management, and communications.

“TASA’s mission is to manage strategies that will sustain Turneffe Atoll for the long-term,” said Delonie Forman, Business Developer with TASA. “To achieve this goal, we need to have a clear idea of what the various habitats within the reserve hold in terms of spatial characteristics and animal life. We have many visitors that come to Turneffe to sport fish, dive and participate in other eco-tourism activities. We wanted to find a way for tourists to engage in an interactive way with our conservation efforts and the science behind them.”

TASA struck upon the idea of recruiting visitors as citizen scientists to gather information important to developing a management strategy. “We are currently engaging with our tourism stakeholders who bring visitors to Turneffe in order to structure a citizen science program in which the visitors are able to participate actively in science,” said Valdemar Andrade, TASA’s Executive Director. “We aim to ensure that the data collected becomes available to the many scientists that we work with to help guide TASA’s adaptive management strategies.”

“We are training TASA staff to use interviews to gather data to create spatial maps of fisheries and development activities along with Coastal Zone Authority and Institute, which will be used to guide management strategy moving forward,” Perez added. “TASA and BTT are partnering with other fisheries and habitat experts from Belize to flesh out the program.”

“Addiel has been very responsive in helping to bring this program into reality as he understands the nature of the interface with fly fishers,” Andrade added. “This innovation in tourism product provides the visitor with the power to partner with us at TASA and contribute while enjoying Turneffe.”

“One of the biggest challenges we face in sport fish conservation in Mexico is for guides and anglers to use good handling and release practices,” Perez shared. “If the fish don’t survive when they’re released, the fishery won’t be sustainable. We’d love to get Mexico to the level of Belize in terms of fish handling and release practices, but it’s been a challenge— partially because of the language barrier.”

But thanks to initiatives led by the Association of Sport Fishing of Campeche, word is beginning to spread in the northern Yucatán.

Campeche, on the northwestern side of the peninsula, is a major nursery ground for tarpon. The mangrove lagoons, stretching over 50 miles, are considered the region’s best place to chase “baby” (5 to 40 pound) tarpon. Ramon Zetina, a marine biologist who works as independent research/consultant in Campeche and also guides fly anglers for Tarpon Bay, explained how a better understanding of catch-and-release practices is coming to Campeche. “Back in 2012, there was a decline in baby tarpon, and some of the guides and the owner of Tarpon Town raised some money to engage Dr. Aaron Adams to conduct a study. Dr. Adams and biologist Rafael Chacón came and conducted a workshop, showing us how to tag tarpon and explaining what biometrics to gather. I coordinated the data processing, and eventually handed it off to Dr. Adams.”

In 2018, one of Zetina’s friends at the sport fishing association, Tomás Nava Benítez, recalled the tagging seminars, and suggested a similar workshop on responsible catch management—why you shouldn’t hold a tarpon by the jaw, be careful of the gills, etc. “I prepared the seminar and Tomás invited guides and anglers from the sport fishing association to attend,” Zetina continued, “using BTT guidelines, government mandates, U.S. laws and México’s official norms of sport fishing as guidelines and examples. I repeated the seminar in 2019 at the invitation of Tomás, at the annual fishing expo he organized. Many people from outside the guide community (local and regional anglers as well as high school and college students focusing on sport fishing and biology) attended. Addiel has provided guidance, and we hope to work more with BTT in the future.”

As we go to press, another initiative is under way. In Punta Gorda in southern Belize, BTT is working with the flats fishing community and Copal Tree Lodge to develop a flats fishery conservation education strategy. BTT also partnered with Dr. Leopoldo Palomares, the Secretary of Sustainable Fisheries and Aquaculture in Yucatán, Mexico, to conduct an economic impact study on the value of sport fishing for the region. The study shows that the Yucatán’s Caribbean coast flats fishery generates $45.2 million (USD) annually and supports 1,674 jobs. “This information should help improve the management of the flats fishery and ensure its long-term well-being,” said Perez.

Chris Santella is the author of 21 books, including the popular “Fifty Places” series from Abrams. He’s a regular contributor to The New York Times, The Washington Post, and Trout.
This story is from:
Bonefish & Tarpon Journal - Fall 2021
by bonetarpontrust