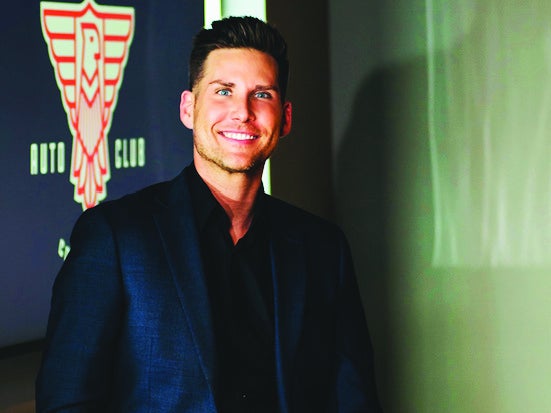 Angel Luis Saez Amador was born in Puerto Rico on June 30th 1976. As a child, he was very active and participated in school talent shows, then he became the leader of one of the biggest dance groups in the north side of Puerto Rico.

Angel came out at the age of 19 years old and was supported by his parents and family. In 2005 he entered his first gay contest in one of the most popular nightclubs in Puerto Rico, Eros Night Club, winning the title of Mr Eros. In 2009 he entered his first national contest and won the title Mr Universo Latino USA 2009. Then his dream came true, when, after a few tries, he captured one of the most prestigious titles.... Mr Continental 2012.

After winning that title, he received an offer from the owner of the contest, Jim Flint invited him to be part of the cast at the world famous Baton Show Lounge, based in Chicago.

He started working there as male lead in June 13 2013, “I will never forget that day, I felt like the biggest artist on earth” said Angel.

In 2016 he got married with his partner of six years and will be celebrating five years legally married.

If that wasn’t enough he competed three more times. In 2018 he captured the title of Mr Gay USofA in Hosuton TX, and this year he will be competing for Mr Universo Classic USA, a division dedicated for male entertainers 35 and over, representing Miami’s Preliminary.