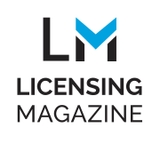 His books are published in over 46 Countries, 7 audiovisual projects in a TV development phase, 3 magazines devoted to his characters are leading kiosks and his catalogues is one of the most looked for by comics publishers, TV producers and investors.

ALMOND is the brand that characterises Philip Osbourne catalogue, used by the author to begin his career, thanks to the publishing management of Plume Studio

Philip Osbourne is one of the most followed authors for children at a global scale. LM interviewed him to learn more on his latest projects and licensing developments.

Can you tell us about the secret behind your global success?

Thank you for the question: both simple and complex at the same time. Is there such a thing as the secret to success? This would be a wonderful prompt for a kids’ story. Imagine if someone had the magic potion of success, surely, they would have a paved way and would easily conquer the world. In reality, no one knows why things happen. In my case, if I really have to dig deep and rationalize, I can say that determination has always been my “secret” weapon. The other “secret” of my success is the people who work with me: the people by my side encourage me and take care of the business, as well as sales, strategies, marketing, contracts... Having managers, smart agents and good lawyers by my side contributes to my success more than a good idea itself. Over the past year, the team has grown and so have the results, confirming that talent is an important component, but not the only one.

Diary of a Nerd has seen its success going beyond the books. Which are the next plans for this property?

“Diary of a Nerd” has become an international bestseller and is published in over 40 countries, with many more soon to be added (Vietnam, India, Slovenia, etc). Finally, my Phil, the Nerd and Elen, the little boss, the protagonists of my novels, will also have a different life on TV. Rainbow is working on the project and, considering the worth of Straffi and his team, I am sure they will make my book something much greater and pop. I am not going to comment on the adaptation and its status, also because it is not my area of expertise. Certainly, TV is the next big goal, together with the launch of the new trilogy that in Italy will be published by Mondadori. What is next will be the consequence of the new trilogy and the TV series. Mondadori and Rainbow are a guarantee, and I will do my best to make them happy to work on my projects.

Which is the importance of Comic Books, according to you, to build a dialogue with kids, today?

Comics talk to and listen to kids, and they do so in an engaging way, more than you might think. They have raised me. They made me dream, they stimulated my brain to explore a lot, and they opened my visual perception. They were the first bridges to other media and art forms like film, TV, literature, painting, and video

games. I think comics can speak to kids like few other media or art forms can. In fact, they can speak very well to adults, too. It is an enchanted world. I started my career writing “Jenna”, a comic book with Jim Fern, Joe Rubinstein and Takeshi Miyazawa, Paul Dianno, the former Iron Maiden front man, who gave me the soundtrack. That character was my version of Josh Whedon’s Buffy. I had so much fun making it. I was often tempted to resume it and Ben Dunn, the author of the TV series “Warrior Nun”, streaming on Netflix, wrote the special crossovers. To this day, I still ask for comic book adaptations of my literary works, as it is happening with my new title “Pin and Puk”. We are about to launch the book series, but also the comic book. The more variations a work has, the more it will be fully developed. We decided to make a comic book of Teo as well, one of the two spin-offs of “Diary of a Nerd”... It is another way to speak to children in an effective way.

Can you tell us about the strong liaison between your bestsellers and their tv development?

I am a pop author and I think of each of my books in terms of TV and film adaptations. “Corman 77,” “Mac The Geek,” and “Diary of a Nerd” were born to be movies, cartoons, and TV series, as well as book series. Rainbow, which is very thoughtful, decided to contract the three titles’ rights. The same thing happened with the film “Edward Loth” Now, my new character “Jurassik Diaries”, is the subject of two important negotiations for a cartoon adaptation, with two specialized companies. I am convinced that we will soon announce the producer who will adapt the book series. We are also developing the TV series of “Bomber and the Benchwarmers” with Sydonia Entertainment. In order to understand my

efforts in this direction, we are working so that this company will represent a catalog of TV projects dedicated to the world of kids created and “presented” by me. We are in the planning and contracting phase. From a narrative point of view, I work on simple subjects that can be portrayed with a few lines, that are able to evoke worlds, with strongly defined characters. In other words, nothing new, I simply try to do a good pop work, because I am fascinated by the idea that a work of art becomes a brand and vice versa. I like a work to enter the imagination and not end with just words.

You are also fascinated in transponing tv series, toys stories and brands into books. Can you tell us something more? Yes, I have already adapted into a book series a successful TV cartoon like “Harry & Bunnie,” produced by Animasia and in the Netflix library. At the end of the year, I will be adapting “The Swordman,” a film by Keller Edde Studios and written by Steven Segal, author of the subject and co-author of the novel. I hope to continue to play with other people’s cartoons or TV series and adapt them into successful book series. If the opportunity presents itself, I will definitely continue down that path. I would love to work with the toy world... and create stories for a toy or brand and then tell their adventures through a series of books. I am so fascinated by adapting someone else’s concept and playing with it in my own style. We did the experiment

with Animasia on TV and I hope this can be replicated with toys. It must be special to tell what you don’t know about a doll or some robots, or even some board games. Certainly, those are special challenges. The two worlds still do not talk to each other enough and yet, I am convinced that the story makes toys special and they make the story more real.

Tell us more about your passion for Comics

I used to read Marvel and DC Comics comic books as a kid, and before I became a writer for kids and young adults, I was lucky enough to work with some of the most representative personalities in the industry (among them a certain David Mack). I wrote a graphic novel called “Hollywood Noir”, illustrated by a master and historic name: Dick Giordano (whom many remember from Batman). That work that I cared so much about was commissioned by a publishing house that then left the business. Although the work was finished, it remained in their archives. We are talking about an unpublished work by Dick Giordano that no one knows about... unfortunately. He died and it is a pity that the work has been left there. My only regret is for Giordano’s family who would benefit from its potential publication. Aside from this anecdote, I think comics are a great gauge of the creativity going on around us. I enjoy reading them and obviously study them to see where that world is going... but I do the same with cartoons, TV series and videogames. I love pop culture and I feed off of it. The comic book is part of my imagination so much so that when the illustrator/graphic designer of “Diary of a Nerd”, asked me if I wanted illustrations or drawings in comic book style, I replied: the time had come to bring a bit of comic book spirit into children’s literature, including the way of conceiving the graphic layout... Even Brian Yuzna, my mentor, director of cult horror works, when I wrote for him, used to tell me that I think in cartoons... I don’t know if that was a compliment! Come to think of it, that was definitely a rebuke!

Which are your next plans? In particular, which is the next dream you would love to come true?

Professionally, as I said before, I hope to grow and work on important brands in the toys world and adapt other cartoons to books. I would like to write a novel in the style of “Diary of a Nerd”, so ironic and super pop, about super heroic characters, because the counterpoint would be nice... obviously I’d like to write a crazy Winx volume, but I don’t think Straffi would allow me to do that. Also work on Disney properties (which recently are looking in this direction, as happened with the Graphic Stories in Italy published by Giunti and written by a professional I really respect like Jimmy Gownley). I would do it if they would give me some space, as I have been given at Mondadori, Rainbow and by all my publishers in over forty countries. I don’t know if I’d be able to do a “well done job” in the conventional sense, but I can take my chances by working with my own style. From a creative point of view, I have a dream that perhaps wouldn’t have a great economic return: I would love to make books and documentaries on those who have made pop culture for children. I’d really like to write about Straffi, Stine, Kinney, Patterson, etc. If, for example, Netflix wanted to produce them, I would gladly write the scripts as early as tomorrow... I have already expressed, between the lines, my desire to some of these great authors. Who knows, maybe one day I’ll convince them to give me unpublished drawings, to talk about how they thought up and then marketed the characters that made them famous. Obviously now I hope that my new projects will continue to be successful and to see Jurassik Diares in cartoon, to assist the growth of the brand “I-sle Entertainment”, with which I intend to realize some “featuring” with Guest stars and Guest brand, together with a partner who believes in me since a long time, who has invested his best years to support me. In the meantime, I must work hard to make my new works successful: “Pin & Puk” and “Police Dept 8-11” and finish my first Christmas novel: “I write to Santa Claus”. It is going to take time to get them all done... because I dream a lot... but I’ve mentioned them at least... and that’s a first step. 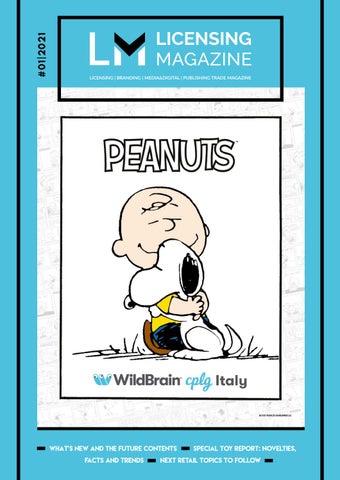