from self managed super: Issue 31
by Benchmark Media

from 'self managed super: Issue 31' 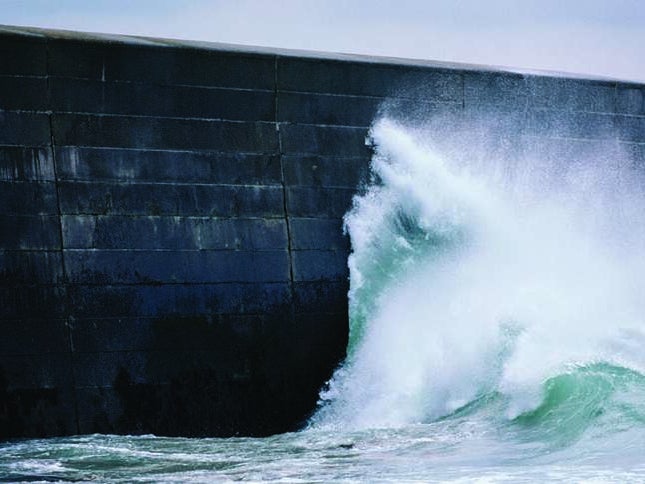 The new non-arm’s-length expenditure rules have created great angst and uncertainty over the tax treatment for SMSFs. Tim Miller puts the provisions under scrutiny as they stand and illustrates the significant resulting issues.

Does my SMSF have to pay for that? It’s a pretty innocuous question, but now more than ever SMSF expenditure is under the spotlight. Expenses have for some time created compliance and taxation issues, largely around contributions, but since 1 July 2018 they could add a whole new layer of taxation pain for what could otherwise have been considered frugal operating practices in the best interest of an SMSF. The divide between compliance with the Superannuation Industry (Supervision) (SIS) Act and Regulations and tax administration has oft en created issues, but SMSF expenditure appears to be an issue that keeps on giving, or in this instance taking.

Over time, tax law has evolved to discourage certain income from being diverted into SMSFs or to discourage trustees from engaging in certain practices to enhance their superannuation balance and reduce their tax liability. Having certain income treated as non-arm’s-length income (NALI) and being taxed at the highest marginal tax rate is intended to be the disincentive in the concessionally taxed super environment.

As a flow-on from the 2017 super reforms and resultant reduction in the contribution caps, the federal government had concerns people would look for new ways to get more funds into SMSFs using various schemes or strategies. Anecdotally these concerns were based on the few rather than the many, but rather than address any core issue, a catch-all approach was taken. To broaden the scope of NALI, the government introduced the concept of non-arm’slength expenditure (NALE), which requires a fund to ensure not only is all income derived on a commercial basis, but all expenses associated with fund income are commercial. These NALE provisions apply from 1 July 2018 and ideally target questionable investments.

Late in 2019, the ATO released Draft Law Companion Ruling (LCR) 2019/D3 Non-arm’s length income – expenditure incurred under a non-arm’s length arrangement, which is a guide to how the NALE provisions will apply. This document currently remains under review. The ATO recently released Practical Compliance Guideline 2020/5 Applying the non-arm’s length income provisions to non-arm’s length expenditure, which indicates it will not allocate compliance resources in relation to certain general expenses for the period from inception up to and including the 2021 financial year. This gives the regulator time to finalise the draft ruling and it also gives industry time to adjust to existing practices if necessary.

Essentially, when expenditure is less than what would be expected in an arm’slength dealing, NALI can arise.

As NALI can have significant tax consequences for a fund, it is important to understand what arm’s length means, what NALI and NALE are, and what anomalies these new provisions create that need to be addressed at both a regulatory and trustee level. Let’s call these the common-sense items.

What does arm’s length mean to an SMSF?

The ATO states arm’s length is where “a prudent person, acting with due regard to his or her own commercial interests, would have agreed to the terms”. As such, investments must be made and dealt with by an SMSF on a commercial basis in all circumstances and when dealing with all parties, related or otherwise. This is an objective versus subjective conundrum.

What is NALI and NALE?

Under subsection 295.550(1) of the Income Tax Assessment Act 1997 (ITAA97), an amount of ordinary or statutory income is NALI if the parties to a scheme are not dealing with each other at arm’s length in relation to the scheme. From 1 July 2018, NALI can apply if the amount of income received is more than what would have been received if dealing at arm’s length or expenses are comparatively low or nonexistent.

Essentially, when expenditure is less than what would be expected in an arm’s length dealing, NALI can arise.

How do we identify NALE?

To identify NALE we need to look at identifying if there is a scheme. Subsection 995-1 of the ITAA97 says: “A scheme is defined as any arrangement, or any scheme, plan, proposal, action, course of action or course of conduct, whether unilateral or otherwise.” So ultimately a scheme means any dealings the SMSF trustee may have.

Once we have identified a scheme, there must also be a connection between the expenditure, or lack thereof, and the ordinary or statutory income a fund receives. The expenditure must have been incurred in gaining or producing the relevant income, or acquiring an entitlement to the income of a trust, or alternatively no expenditure occurred. The expenditure can be of a revenue or capital nature. Expenditure linked to specific income is easily identified, such as a rental property expense and rental income. Where NALE arises on expenditure to acquire an asset, there will be a sufficient nexus to all ordinary and statutory income of that particular asset and any capital gain on disposal of the asset. Example 1 highlights how NALI would apply to specific expenditure.

The Jones Superannuation Fund holds multiple investment properties as part of its considered investment strategy. These properties were purchased on arm’s-length terms and the rent is also considered to be arm’s length. As part of the ongoing maintenance of the properties, Mr and Mrs Jones engage Mrs Jones’s brother, a qualified electrician, to install smoke detectors in all properties. He charges the SMSF for the parts, but not the labour. Therefore, a specific nexus between the expense and the rental income exists and NALI applies as follows:

The biggest issue with these changes is that some expenses, such as accounting fees, have a sufficient connection to all of the ordinary and statutory income of a fund, according to LCR 2019/D3. This is where greater clarity from the ATO is still required as it has the capacity to impact many funds and is surely not the intent behind big-ticket schemes the government was attempting to stamp out. (See Example 2.)

Let’s revisit the Jones Superannuation Fund. Mr Jones works at an accounting firm and he prepares and lodges the fund’s annual return using the company resources. The company does not charge the SMSF. Its standard yearly SMSF accounting fee is $2500. Based on LCR 2019/D3, in its current form, a nexus exists between the expenditure and all fund income and as a result NALI applies as follows:

To put some perspective on this, the ATO recently released its annual statistical overview for the year ended 30 June 2018. For the first time ever the ATO broke down fund expenses between investment and operating expenses. On average, operating expenses represent less than 0.5 per cent of total fund assets. In the bigger picture this is hardly a scheme by which the average SMSF trustee is trying to funnel money into superannuation to minimise tax and increase savings. Conversely, most funds will pay slightly higher tax by not having an associated deductible operating cost to off set the income.

Administrative costs aside, one issue that clouds this matter is under what capacity certain functions are being performed. Another issue is that these changes undermine long-held practices of off setting market valuation issues with contributions. So where does that leave us?

The NALE provisions are not intended to apply where a trustee provides services to their SMSF in their capacity as trustee. This requires an objective consideration of the individual’s circumstances to assess their ability to perform an activity.

The following factors are provided by the ATO to assist in determining whether a function is performed in an individual rather than trustee capacity:

• an individual charges the SMSF for the services,

• an individual uses equipment and other assets of their business (or employment),

• an individual performs activities pursuant to a licence and or qualification related to their business, profession or employment, and

• the activity is covered by an insurance policy related to their business or professions or employment.

Where an individual performs services in their capacity as trustee and they do not charge for the service, NALI provisions will not apply. So, if Mr Jones used his home computer and lodged the return personally, then there is no issue. That is a huge tax differential based on which computer was used.

Where a trustee performs a service in their individual capacity, the NALI provisions will apply where remuneration is paid by the fund on non-arm’s-length terms. This is also the case where no remuneration is provided. Similarly, where an investment is acquired from a related party, something as simple as the purchase contract could result in a diff erent tax outcome despite all requirements of the SIS Act being adhered to. Herein lies the trustee remuneration and contribution conundrum.

The biggest issue with these changes is that some expenses, such as accounting fees, have a sufficient connection to all of the ordinary and statutory income of a fund.

They must also perform the services in the ordinary course of business and on arm’slength terms. This measure was introduced at a time where the industry was questioning how to deal with related-party builders/contractors and property transactions.

Coinciding with the above law, the ATO was defining what a contribution was as well as identifying rules associated with SMSFs acquiring assets from related parties. The upshot and subsequent consensus of these events was that if market value wasn’t paid for an asset or an expense (of significance), therefore increasing the capital of the fund, then contributions to the value of the capital enhancement would be the compliance solution. It is a process that passed the smell test. The LCR states if an asset is transferred to an SMSF and the difference between market valuation and actual consideration paid is treated as an inspecie contribution, that will constitute a NALE event unless the consideration paid and the in-specie contribution are clearly identified in the contract. Seems to be semantics.

There is no doubt certain expenses, such as interest on related-party limited recourse borrowing arrangements, should reflect commercial rates, but when we start questioning practices that at most represent 0.5 per cent of fund assets, are we reaching for outcomes that aren’t there?

This story is from:
self managed super: Issue 31
by Benchmark Media