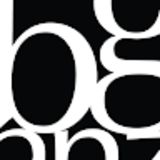 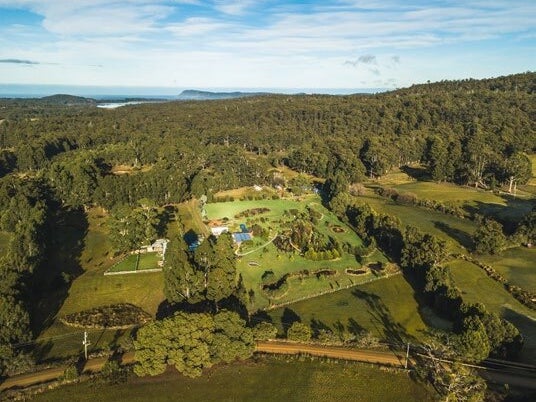 Rockhampton Botanic Gardens is the second oldest botanic garden in Queensland and recently celebrated its 151st birthday. There have only been seven curators over that time, however, with me taking on the role in late 2018 as the seventh. During the early establishment and development of the gardens, under the first

How Rockhampton Botanic Gardens came to be – a brief history

In 1860, Rockhampton was granted municipality status. It faced a major issue of limited access to fresh water as the supply was not located within the township. As the water was very poor quality, residents experienced high mortality rates from contracting water-borne diseases such as cholera. With the limited finances available to the newly formed municipality, it implemented a water purification system, but the situation was still not adequate.

On Thursday 11 November 1869 at the meeting of the Rockhampton Municipal Council, a letter from the Department of Public Lands informed the Council that the Government had reserved Portion No. 3, Parish of Rockhampton, for the purpose of a Public Gardens and Water Supply. This was formally publicised in the Queensland Government Gazette on 13 December 1869 and thus Rockhampton Botanic Gardens was formed.

In August 1873, the first government grant payment was received by the municipality and was applied towards employing a curator for the botanic gardens with the first appointee being James Scott Edgar.

Curators and their key collection contributions

Edgar was born in Inverness, Scotland in 1822 and undertook a horticultural apprenticeship at the Royal Botanic Gardens, Kew. In 1857, he emigrated to Sydney. He worked at the Royal Botanic Gardens Sydney as a gardener until 1858, when he and his family sailed to Rockhampton. He then worked for botanist Anthelme Thozet at his experimental garden. In 1866, he was summoned to work for the Queensland Commissioner for the Paris Exhibition to collect timber samples. He later went to work as a propagator for a large experimental garden and nursery in Brisbane before returning to Rockhampton and taking up the role of curator of Rockhampton Botanic Gardens.

Edgar’s directions were to develop the gardens as a facility for experimentation in economic botany and a shady pleasure garden for the people of Rockhampton.

Edgar himself went about establishing professional links with overseas botanic gardens, supplying them with plant specimens and seeds collected in and around Rockhampton in exchange for material he could propagate. The Queensland Acclimatisation Society also took an active interest, providing Edgar with plant stock and seed material from their own resources.

Murray Lagoon on the western boundary of the gardens provided water for irrigation. This was bucketed by hand into casks on the back of a dray, which was then driven to where the water was required. It was not until 1880 that a windmill was purchased to replace this laborious process.

Edgar set out to divide the gardens into north and south precincts with avenue plantings that extended the entire length of the gardens. Bunya Pines Araucaria bidwillii were planted along the northern half of the central axis and Cuban Royal Palms Roystonea regia along the southern section. Both planting themes remain, and many original individuals are still in situ.

Along the northern boundary of the gardens a row of Tamarinds Tamarindus indica were planted. Eleven remain, although it is unknown how many were originally planted. Teeing off from the tamarind avenue, Edgar planted four Banyan Figs Ficus benghalensis. Three survive today, forming a truly unique shady pleasure garden.

Within the experimental economic botany garden, many of the original tree specimens still survive, including:

Richard Simmons was born in Ireland in 1862. He undertook an apprenticeship to Sir James William Mackey at his nursery near Dublin. He later worked as a gardener at Bally Burly Castle.

Simmons emigrated to Australia in 1884 and obtained a position at the Rockhampton Botanic Gardens. During his time as curator, Simmons undertook several initiatives to enhance the public appeal of the gardens as a passive recreational venue.

Along the Central Avenue, he planted a grove of West Indian Mahogany Swietenia mahagoni behind the western row of Bunya Pines Araucaria bidwillii. This was an attempt to screen 17 acres of an undeveloped section of the gardens lying beyond, which had become overgrown with lantana. During 1922, Simmons cleared this lantana in the outer gardens between Bunya Avenue and Murray Lagoon. This area was never used to expand the gardens. Instead, it was planted with Rhodes Grass Chloris gayana and used to graze the gardens’ workhorses, a practice that continued until 1964.

In 1918, the gardens were hit with a tropical cyclone and Richards stated, ’Some of the oldest trees in the place were unable to stand the force of the gale and were crushed to the ground. Others that bore up against the gale showed by their battered appearance and the branches and litter on the ground the ordeal to which they had been subjected’.

The Rockhampton War memorial was completed in 1924 within the gardens. It consisted of a granite obelisk and 12 large Date Palms Phoenix canariensis, forming a functioning sundial and a symbol of unity.

The horticultural icons introduced into the gardens by Simmons include a cluster of Ponytail Palms Beaucarnea recurvata in the lower gardens and the avenue of Hoop Pines Araucaria cunninghamii, planted in 1930 along James Edgar’s Central Avenue. He also added rainforest tree species to Edgar’s Banyan Fig Ficus benghalensis plantings, and avenue plantings of Date Palms Phoenix canariensis and Indian Almond Terminalia melanocarpa from the pedestrian entrance along the eastern boundary.

In 1931, Richard Simmons resigned due to poor health.

Henry George Simmons was the son of the previous curator, Richard Simmons.

Henry took up the role during hard economic times. He capitalised on the availability of no-cost labour through an employment scheme to build required infrastructure such as footpaths, roads and drainage lines.

During the 1930s Simmons planted a collection of clumping bamboo along Murray Lagoon to assist in controlling mosquitoes breeding in these low-lying areas. Additional Bougainvillea Bougainvillea glabra were planted out to form a large vine arbour through the gardens. Henry Simmons had a passion for both native species and species from the Pacific Islands, and planted numerous native rainforest species and Cook Island Pines Araucaria columnaris.

Henry Simmons had a passion for both native species and species from the Pacific Islands.

In the main lawn areas he planted out may Hibiscus specimens in the vista lawns, which survived until approximately 2015.

In 1941, the construction of a batten-style fernery in the shape of a Celtic cross was completed. Though it was called a fernery, it housed crotons, tree ferns, epiphytic plants and foliage plants.

Unfortunately, during World War II, the gardens fell into a state of neglect as resources were redirected to cultivate 10 acres of vegetables and fruit to feed the 70,000 American troops stationed in and around Rockhampton.

In 1949, the gardens faced another tropical cyclone, which destroyed a significant number of large trees. Unfortunately, there is no record of which species were lost or whether they were replaced.

In 1957, Henry Simmons retired after 25 years of service.

Kenneth Baker had worked as a CSIRO experimentalist on pastures in south-west Queensland. In 1959 the first major planting under Baker’s curatorship occurred when 2,000 Pinus radiata were donated by the Forestry Department. The objective was to create a forest plantation. Survival rates were not good but remnants of this planting still exist.

In the mid-1960s, the quarry area between the Zoo and Murray Lagoon was filled in and converted to what is now the Flowering Tree Lawn.

In 1968, Baker introduced a collection of the (then) rare Byfield Fern Bowenia spectabilis into the gardens, which remains in situ today.

In 1972, work commenced planting the new Arid Garden at the rear of the Cenotaph. This was to be a collection of dry climate plants endemic to the world’s desert regions, particularly the arid zones of Central America. Soon after its completion, Baker resigned from his position as curator, in November 1972.

James Reynolds was appointed curator in January 1973. He served briefly in the role for 18 months before resigning in June 1974.

During his short time as curator, Reynolds produced and distributed an Index Seminum (seed index) for the gardens and conducted field trials with a variety of eucalypt species.

Tom Wyatt was appointed as curator in August 1974. A major project under his curatorship was the construction of a Japanese garden. The garden was designed by leading Japanese landscape designer, the late Kenzo Ogata, and construction commenced in 1979.

In 1976, Rockhampton Botanic Gardens was acclaimed as holding the largest palm species collection in the southern hemisphere, and this prompted Tom to secure more palms for the gardens.

In 1976, Wyatt began to research the production of a tropical fruit arboretum. It was intended as a display garden to demonstrate the diverse variety of tropical fruit that could be grown in home gardens across central Queensland. Planting of the arboretum was completed in 1978.

Seed material obtained from botanic gardens in Mexico and Zimbabwe was grown on and planted within the Cenotaph Lawn in the early 1990s.

In 2015, the gardens were severely impacted by tropical cyclone Marcia, which caused many trees and specimens to be lost or to decline beyond curative repair.

Since 2018, the focus at the gardens has been to undertake a much-needed clean-up of the existing gardens and collections and a stocktake of the existing tree collection. Some of the existing infrastructure has also been upgraded, reconstructed or replaced, including new water mains, footpaths, a gazebo and floral clock. These works are just the first step in moving the gardens forward and plans are being made for future redevelopments. These will coincide with the development of a collections building strategy, new and updated conservation management plans and a 10-year operational implementation plan.

Like many regional botanic gardens, Rockhampton Botanic Gardens has more limited opportunities to undertake active research than those in capital cities or those which have traditionally been aligned with research as a function of the site. But from my experience in monthly meetings with my curatorial colleagues across Queensland, many regional botanic gardens are not just open to assisting in science research but are usually more than willing to share their collection material and access their local flora.

So, if you are undertaking research and think a regional botanic garden may be able to assist, please do not hesitate to ask, and remember, we are open for business science.

This story is from:
THE BOTANIC GARDENer WINTER 2021 - Botanic gardens – Plant science in botanic gardens
by BGANZ