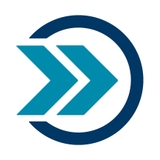 Despite being sent to a predominantly Orthodox country, Grace spent her time regularly fellowshipping with a family of Muslim faith. After the 21-year-old Bethany Global University (BGU) student met Deni, the daughter of Muslim immigrants, a deep friendship was born.

Meeting Deni and what would become that second family, came during a chance encounter at a coffee shop after Grace had experienced a series of denied visas and pandemic travel restrictions to her initial mission destination. God had a plan.

In the 16-months Grace lived abroad in southeastern Europe, more coffee outings with Deni turned into being invited to her friend’s home for meals, which then turned into an invitation to a family member’s graduation. “It was so sweet to see their heart for us, and their desire to see us be at home in a new place,” Grace said.

With the pandemic closing most community businesses, the church Grace and her other BGU team members partnered with focused on community outreach.

“It gave me a new idea of what ministry looked like, and how it is truly just loving people like Jesus,” Grace said.

Whether Orthodox or Muslim, most people Grace met did not have a personal relationship with Jesus. Grace focused on praying, listening, and learning about the different cultures.

“We could have conversations without anger and fighting, but instead understanding,” she said.

Even after returning home, Grace said she keeps in touch with the Muslim family she came to know and love. Her prayer is one day the seeds planted will help turn their hearts to the Lord. “I loved pursuing them and pouring into them. I think they’re the ones God really worked the most in my heart for.”

Matthew felt the Lord calling him to be a missionary after attending a year-long Bible school in Montana. It was there he discovered BGU and the chance to go abroad.

a Christian before,” Matthew said.

After preparing for months to go to Asia, Matthew learned his team would head to Slovenia due to COVID travel restrictions — admittedly not what he originally hoped and prayed for. In a predominantly Catholic country, most people knew about Jesus. However, their team’s mission was to support the few evangelical churches that exist in Slovenia.

“It was a huge growing experience being there and learning to just transform my expectations.”

Once the students arrived, quarantine further paused ministry efforts. Matthew said the isolation took a toll. “I just struggled a lot with depression and loneliness,” he said.

Matthew received counseling help through BGU, and God answered his prayers. Restrictions eased and allowed Matthew to begin connecting with the community. He took his love for skateboarding to a nearby park to minister to locals. He also started singing and leading worship at church.

“One thing that brought me a lot of comfort was learning I don’t need to yell out to God to be heard by Him. He would hear the smallest whisper just as well as He’d hear the loudest cry out to Him,” Matthew said.

While on mission in Serbia, Jake turned his hobby of working out at the gym into a ministry.

There, he befriended a local trainer, who eventually asked for help studying the Bible. Jake jumped at the chance. “It was a great friendship that started by just getting to say ‘hi’ to one another,” Flaming said.

Yet the first few months abroad weren’t easy. The 24-year-old student was the only man on his team, and the only one married. His wife, Elsa, joined in on the trip to help evangelize.

“The Lord started bringing friends in my life,” he said.

The couple originally planned to spend their BGU mission in another country — but less than two weeks before they were scheduled to depart, the plan changed course. Still, they remained faithful.

“There were times where I thought ‘Why am I (in Serbia), and why did I come?’ It was in that time I was able to grow my relationship with the Lord and with my wife,” Flaming said.

In addition to making connections at the gym, Jake and Elsa’s partnership with a Serbian pastor led them to focus on ministering to the community for more than a year. Jake said in seeing the hearts Christian Serbians had for their nation, the Lord taught him the importance of the role of the local church — something he hopes to take to America.

“I believe BGU really helped me understand what I believe, why do I believe it, and how to practically

Thousands of miles away from her home in Kansas City, Saba found herself on familiar turf in Hungary.

The 22-year-old, along with other members of her BGU internship team, started regularly meeting to kick around a soccer ball — a game she’d played her whole life. It didn’t take long for it to become a ministry.

“We learned Hungarians loved soccer, and they are always on the field,” Saba said. “It’s a great way to connect with people without speaking the same language.”

Saba said soccer became a source of light and encouragement. “(We started) seeing people come to youth group who would have never thought they would see themselves at a church or in a religious setting,” Saba said.

But this transformation did not happen overnight. Before her internship, Saba knew she wanted to be in ministry, but not necessarily overseas. Admittedly, she said she didn’t have an interest in going to Europe after also having her original location changed due to COVID.

“I would say the first eight months I had no desire to live in Hungary. I just didn’t feel like I fit in with the culture, and it was hard adjusting,” Saba said. “Once I broke that barrier, I was able to go deeper in my relationships.”

The experience changed her perspective and trajectory. “It’s very comforting to know I don’t have to know the future. I don’t have to even know the next year in front of me. God knows it, and He’s taking us one step at a time,” Saba said.

Everyday ministry, like playing soccer with Hungarian youth, is now something she cannot imagine her life without. Now, Saba’s prayer is to return as a long-term missionary and become an English teacher.

This story is from:
CoMISSION Magazine - Spring 2022
by Bethany International