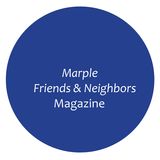 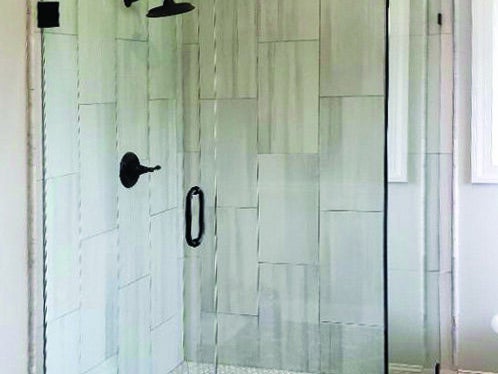 The Honorable John P. Capuzzi, Sr. and the Honorable Barry C. Dozor are Marple residents, Delaware County judges and friends whose paths originally crossed many years ago when they were on opposite sides of the court. John Capuzzi met Barry Dozor in the 1980s when John was serving as President of Yeadon Borough Council and Barry was an attorney representing a client. Despite being on opposite sides, they impressed each other with their knowledge of the law and thankfully the matter was resolved. Their paths would eventually cross again, both professionally and personally, while raising their families in Broomall.

In 2012, John Capuzzi was sworn in for a 10-year term as a Delaware County Court of Common Pleas Judge.

It’s a pleasure serving people,” John said. “The most rewarding thing about this position is that I can instill change, especially in younger people.

Barry Dozor, who was appointed to the same court in 2001, said he can’t wait to get to work every day.

These past 20 years as a judge have provided me with the opportunity to contribute to the justice system and the community,” Barry said. “It’s challenging, interesting, and I learn something new every day.

John Capuzzi’s road to becoming a judge began as a Senior Deputy Attorney General in the Torts Litigation Section of the Pennsylvania Attorney General’s Office. During that time, he litigated major complex cases for various state agencies. From 2006 to 2011, he was a partner in the law firm of Imperatrice, Amarant, Capuzzi & Bell, P.C., where he specialized in civil litigation. He also served as Marple Township’s First Ward Commissioner from 2000 - 2005, and in 2006 he served as the Magisterial District Judge for Marple Township and Haverford Township.

After graduating from Monsignor Bonner High School, John earned a BA from La Salle College. He then studied nuclear medicine at the Philadelphia School of Nuclear Medicine Technology, after which he worked for several years in that field in local medical centers while he also pursued his MBA at La Salle. John’s expertise and achievements in nuclear medicine technology during those years were widely recognized.

While pursuing his MBA, John’s law class instructor, Magistrate Judge Tullio Leomporra, encouraged him to go to law school and even wrote John's recommendation letter. In 1988, John obtained his Juris Doctor from the Delaware Law School of Widener University. During law school, John served as President of Yeadon Borough Council from 1982 through 1989, where he made many positive contributions to the community, including renovating the 50-year-old borough hall and paying off the sizable debt. He is also a life member and past President of Yeadon Fire Company No. 1 and was active in the company for 30 years.

When I was 16, a neighbor strongly suggested that I join the fire company,” John explained. “It ended up becoming one of the most rewarding things I’ve done. It taught me discipline and teamwork, and I made lifelong friendships.

For the past three years, John has served as Chairman of the Criminal Justice Advisory Board, a group committed to improving the effectiveness, efficiency and accountability of Criminal Justice in Delaware County. “It’s a team effort,” he explained. “We are always looking to develop ways to improve how we address criminal justice issues.”

One of John’s proudest achievements as a judge has been the Second Chance Court, a voluntary pre-trial bail program. Established in 2017, the program helps tackle the opioid epidemic and the growing problem of substance abuse by giving those struggling with addiction a second chance. John said that the program evolved as judges recognized that people needed help with their addiction when initially arrested. “We identify people who are suffering from opioid addiction at the time of their arrest, and provide an immediate opportunity for their voluntary entry into a treatment program as a condition of bail,” explained John. “It’s rewarding to see those who entered the program come back months later and how they’re turning their life around,” he added.

Outside of the courtroom, John Capuzzi is a dedicated family man. He met his wife, Sharon, a registered nurse, while he was working in the nuclear medicine field. They have three children — John, Jr., Tim and Gabrielle — and five grandchildren. While raising their kids, John and Sharon spent many nights and weekends watching them play sports on the various Marple ball fields. “We also loved taking vacations at the beach,” recalled John, “but of course our vacations were always planned around baseball tournaments and lacrosse or football games, and we loved watching our kids play.”

The Capuzzis have lived in Broomall since their children were in elementary school. John's brother Jim was living there, and John and Sharon were impressed by the great schools and recreation facilities.

Broomall is a great place to raise children,” said John. “We also liked that it was close to public transportation and shopping. What more could you ask for!”

Judge John Capuzzi’s chambers are next door to his friend and Broomall neighbor, Judge Barry Dozor. Before Barry became a judge, he was a practicing Delaware County attorney for 26 years. He also served as a Marple Township Commissioner, a Municipal Solicitor for the Boroughs of Prospect Park, Norwood, Collingdale and Tinicum Township, as well as serving as a Zoning Hearing Board Solicitor for Marple Township and the Borough of Darby.

Barry Dozor grew up in Havertown, graduated from Haverford High School, and then graduated from West Chester University where he now serves on the Council of Trustees. Knowing he wanted to be a lawyer since fourth grade, Barry studied Political Science/Pre-Law in college, and after earning his BA, he also went to Delaware Law School of Widener University and received his Juris Doctor in 1975. From 1977 to 2001, Barry was in private practice as a partner in the Law Offices of Dozor and Auslander where his areas of practice were civil and criminal litigation, juvenile and orphan court matters, business law, personal injury, worker’s compensation, medical malpractice, real estate and domestic relations.

From 1984–2001, Barry served as a Marple Township Commissioner and was also President of the Marple Township Board of Commissioners for three years. “Serving as a Marple Township Commissioner for five terms was a fabulous opportunity to contribute to my community. I’m proud of the work we did improving the Parks and Recreation areas and saving open space, especially creating and designing the Veterans Memorial Park on Lawrence Rd and building the Paxon Hollow Country Club facility. It’s nice to drive through Marple and realize the positive effect you’ve had on the landscape,” said Barry.

Being a judge has given me the opportunity to stay young,” said Barry. “It keeps me open minded and academic.

Barry has been an active member of the Marple community since he and his wife Rose moved here in 1973. Barry and Rose met at West Chester University where Rose studied Psychology. During Barry’s first winter break from law school, they got married. After graduating from law school, Barry worked in his practice while Rose worked as a Counselor at Delaware County Community College, where she still works today.

Barry and Rose eventually moved to a new home near Russell Elementary where they raised their three children: Josh, Ian and Courtney. “Our children put Rose and me on a path of involvement in the community, We jumped in head first,” said Barry. When their children were young, Barry served on Hillview Nursery School’s Board of Directors and helped purchase the land for the school. Barry and Rose were also active in the Russell PTO, the Marple Township Little League, the Boy Scouts and at Temple Sholom in Broomall.

Marple is a really special place,” said Barry. “It has a warm, hometown feel. It’s a fabulous place to call home, with wonderful friends and neighbors!

One of Barry Dozor’s favorite Marple traditions is the 4th of July Parade. Barry and John often ride the parade route together. “The path of our lives continues to be woven together,” said Barry. “Now, John is the first and last person I see every day at work. When you work alongside colleagues who provide you with advice and assistance, you don’t take that for granted.”

We thank these Friends and Neighbors, Judge John Capuzzi and Judge Barry Dozor, for their service to the Delaware County justice system and to our Broomall community!

Do you know a Broomall resident, family or nonprofit organization who should become known by our community? Make your nominations for upcoming magazine features by emailing your ideas to Holly Stupak at HStupak@BestVersionMedia.com.
This story is from:
Marple Friends & Neighbors magazine, February 2021
by bestversionmedia6