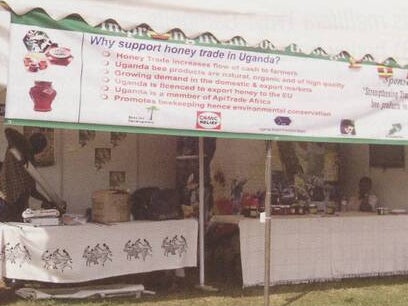 Strengthening trade in honey i...

Amssalu Bezabeh carried out this research for his PhD thesis at Holeta Bee Research Centre. Here we provide summary of his findings (references cited are with this article on the BfD website Information Centre). full paper has been submitted to the Journal Apiacta.

Africa is thought to be the origin of Apis mellifera, the honey bee species that occurs in Africa, Europe and the Middle East. review of Apis mellifera reported the presence of 22 honey bee races and 10 valid geographical races in Africa (Engel, 1999). The taxonomy, biology, behaviour and distribution of African races of honey bees been little studied compared with European races,

Knowledge of the taxonomy of Ethiopian honey bees is minimal. No detailed morphometric analyses have been conducted apart from those of Smith (1961), Ruttner (1975), Kassaye (1990) and Radloff Hepburn (1997a). These studies indicate the presence of different African races including Apis mellifera adansonii, bandasii, A m jemenitica, litorea, A m monticola, Am scutellata, and sudanensis, but the results are not in accord. Besides, none of the results indicated the distribution, behaviour and biology of honey bees within Ethiopia. honey bee races and to establish greater knowledge of them, a more detailed study, geographically broader in scope, and with a finer sampling distance resolution (100 km) was conducted. Accordingly, five statistically distinct morpho-clusters occupying different agro-ecologies were identified: Apis mellifera A bandasii, m jemenitica, A m monticola, A m scutellata and Am Woyi-Gambella (Amssalu et al, 2004; Amssalu, 2003; Nuru, 2003). Apis mellifera Woy!-Gambella differs from all other African honey bee groups and is endemic to Ethiopia.

An international research team has shown that Asian and European honey bees can learn to understand one another's dance languages despite having evolved different forms of communication.

The species of Apis honey bees found worldwide separated about 30-50 million years ago, and subsequently developed different dance ‘languages’. The content of the messages is similar, but the precise encoding of these languages differs between species.

“We know that the members of a honey bee colony routinely exchange information via dance about the location of newly discovered locations, like feeding places, water or new nesting sites,” explains Dr Shaowu Zhang from the Research School of Biological Sciences at The Australian National University (ANU). “The scout bees perform the so-called ‘bee dances’ inside the nest. The co-ordinates of distant locations are encoded in the waggle phase of this ballet, with the direction and distance to the food source indicated by the orientation and duration of the dance. This duration differs across honey bee species, even if they fly the same distance in the same environment. It is these differences which we can think of as distinct languages.”

The research team is the first to successfully Study the behaviour of a colony containing a mixture of two different species of bees. One of the first findings of this novel approach was that Asian honey bees Apis cerana and European Apis mellifera, after some time of adjustment in the mixed colony, could share information and work together to gather food. Asian honey bees followed the dances of European forager bees, and deciphered the encoded information correctly.

“The dance language of honey bees is among the best studied communication systems in the animal kingdom. Nevertheless, surprises are still possible, as we have shown,”Dr Zhang said. “This work has potentially major implications for our understanding of animal communication. Next we plan to study the extent of variation between different bee dance languages.”