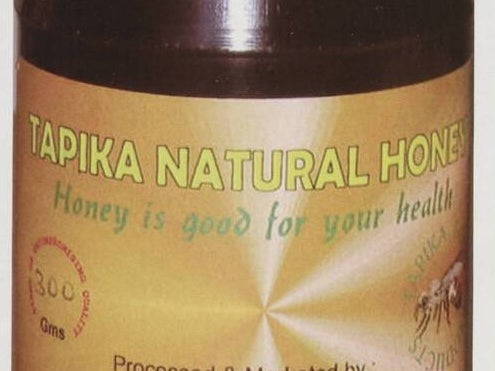 The honey industry in Malawi

Beekeeping is an important source of livelihood in Imadiala, an eastern sub district of Ambositra in Madagascar. However, in spite of the efforts made by beekeepers and by numerous organisations to improve beekeeping in the region, the negative effect of deforestation on beekeepers’ activities is increasing.

Approximately 90% of Madagascar’s flora and fauna is endemic. Eleven million hectares (20% of Madagascar’s surface area) are forest and 350,000 hectares are Eucalyptus species and pine plantations. However, loss of species, including the decrease of honey bee populations on the Island, is closely related to the loss of forests.

In September 2003, President Marc Ravalomanana committed to increasing protected areas in Madagascar from 1.7 million to 6 million hectares by 2008. Now Madagascar is attempting to reduce poverty and increase areas under conservation. Beekeeping has potential to play an important role in these processes, both for poverty alleviation and conservation of natural environments.

Endemic to the Island, Madagascar’s honey bee Apis mellifera unicolor is black, small and docile, and can be kept close to home. The Island’s geographical isolation has spared it from many bee diseases and parasites. Ants and termites are not great problems for beekeepers in Madagascar, and Varroa mite and American foulbrood are not present.

The sub district belongs to two ethnic groups: Zafimaniry, a sub group of Tanala ‘people of the forest’ who live in the natural forests in the East, traditionally considered to be tavy (slash and burn agriculture) farmers, and Betsileo of Imady, the zone surrounded by Eucalyptus forests in the West. who farm irrigated rice. In the Zafimaniry zone, the most important honey flow season is between October and January. The zone in Imady has lost most of its forests which have been replaced by Eucalyptus and pine trees. The honey flow from Eucalyptus trees is during June to August.

In the Zafimaniry zone, beekeeping is practised in log hives called fohoka ot tohotra in Malagasy, where honey and bees are collected from natural sites. Beekeepers in Imady use top-bar hives and obtain colonies by catching swarms or buying bees from the forests in the East. This shows the complementary nature of both zones for beekeeping that may be enhanced if care is given to the region’s natural resources.

The remaining natural resources and the willingness of beekeepers to improve their activities make beekeeping possible on a large-scale in Ambositra. However Imadiala, which is the most advantaged beekeeping area in the whole region, has suffered serious deforestation by cutting of trees to make planks, charcoal, sculptures or to make space for cultivation — all have severe negative effects for beekeeping. This process is ongoing and forest degradation remains one of the major problems for beekeeping, honey hunting and swarm catching in Imadiala.

“In September it is common to see bee swarms passing over my village when they go to the forests, and to see them coming back while we are harvesting rice in April. In the past it was possible to see tens of swarms every day during the migration period of about one month. Today such swarms have become very rare.”

Ten years ago beekeepers from Imady travelled 5-7 km to reach convenient forest plots to site their hives. Today they must travel 15-25 km to get to better places in the forests. Carrying the hives is one of the most laborious tasks. Men carry hives on their heads, as the use of vehicles is impossible.

The Association FFY, in partnership with three beekeeping groups collaboration with FAO and USAID, is leading two projects in Imadiala and in Ambositra that provide beekeeping materials to the members. Since 2005, 340 units of frame hives, stainless steel extractors, five plastic extractors, joinery tools and some bee colonies have been distributed. Half of the costs of the materials received by the beekeepers are to be paid back to the partner groups.

20,000 Eucalyptus citriodora and camaldulensis trees, 17,000 orange trees and 17,000 ‘Ravintsara’ Cinammomum camphorae have been planted on the beekeepers’ and primary school lands in both zones. These plants are not only needed for their quality, as sources of nectar and reforestation agents, but also for their role as sources of income, as some of them will generate fruits and essential oils. The new varieties of Eucalyptus are fast growing and will add to the dominant one, Eucalyptus robusta, and by 2012, are expected to expand the main flowering season by up to five months. Their flowers will help to increase the bee population in the area, to retain the bees for a relatively long period in the savanna, and to prevent the uncontrolled movement of the bees which is a ca Ise of beekeeper discouragement.

Men and women of Imadiala show interest in beekeeping and are becoming organised into associations, with small beekeeping groups all over the sub district. The majority of these are a result of support that was given (or promised) ay donors to these communities to engage in beekeeping. At their current stage, beekeepers of Imadiala have begun to increase their influence  on decisions affecting beekeeping, advancing knowledge by sharing information, purchasing equipment in bulk, selling hive products and applying for funding from national and international organisation.

FFV members realise tha providing beekeepers with equipment and appropriate techniques will not automatically make beekeeping successful and move people out of poverty. Other measures must be  taken to alleviate it and mitigate the impact of people’s poverty on the natural environment. Beekeeping activities should be promoted in line with market promotion of bee products and the improvement of other livelihood sources.

In the 1930s Madagascar’s annual honey exports were 30,000-50,000 tonnes. Since the 1950s honey export almost stopped, as a result of tighter quality controls by European countries. However the efforts that are being engaged in the region of Amoron’imania and the capital demonstrate that Malagasy beekeeping has the potential to become more prosperous and draw a large number of people out of poverty while fostering environmental conservation.

FFV is an NGO established in 2002, based at Ambositra in the region of Amoron’Imania. FFV objectives are to promote improved beekeeping, environment conservation, ecotourism and ecological farming and to support rural communities in other development projects.

FFV planned a beekeeping project to support members by providing hives and other equipment. We sent a proposal to the US Embassy in 2002 but the application was unsuccessful. FFV members were encouraged to explore their own resources to do something. They became members of FIFATAM to receive training at reduced cost. It was not good to get funding for a project if the recipients were not fully prepared and well organised. Our next proposal was funded by the US Embassy in 2005. A second project which includes three other beekeeping groups has been funded by the FAO TeleFood Special Fund [see Notice Board page 13].

We thank BfD for sending copies of Bees for Development Journal by means of a sponsored subscription. We learnt many useful things through the Journal, for example, without it we may not have known that FAO fund small-scale development projects.