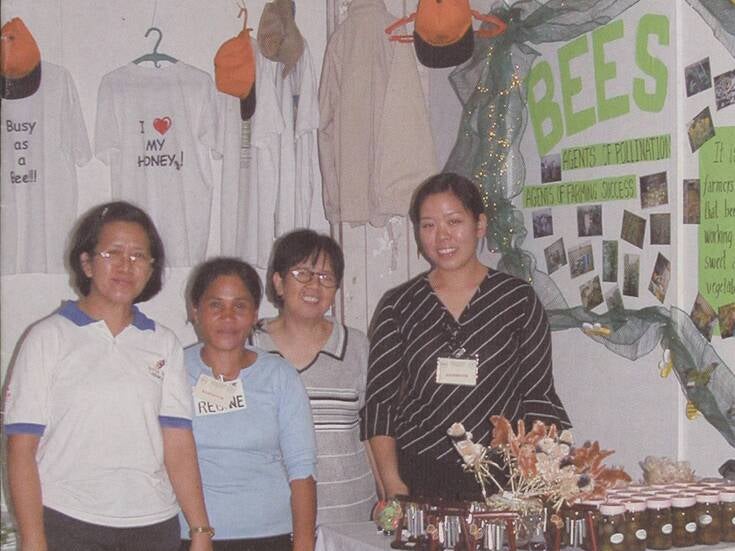 Friends of the Bees

Friends of the Bees was founded by Roland Graf zu Bentheim in January 2003. Their targets are to protect the bees in Namibia and to increase the number of swarms and colonies, hence increasing pollination potential for the whole country.

At the group's first anniversary meeting Mr Zu Bentheim reported that there are still too many swarms of bees being destroyed, either by poisoning or burning, and that through negligence and carelessness too many people are losing their lives.

Suggestions for the future

- To establish a Namibian Honeybee Association.

- To establish separate associations in towns all over Namibia to help people with any problems associated with bees.

- To instigate legislation to protect bees from extinction.

- To demonstrate the working of the colony to help people gain an insight into the world of the bee.

- To encourage farmers, land owners, guest farms and lodges to keep hives on their property.

- To harvest only pure honey.

These suggestions will help the bee industry open a new space in the economy: employment will be created and at the same time healthy living will be promoted.

Friends of the Bees Newsletter, March 2004