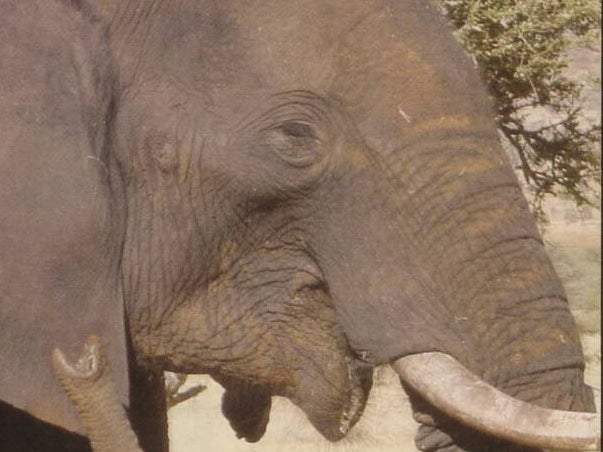 This is the eighth article in the series bringing news about the work of the Austrian Government funded beekeeping project at ICIMOD in Kathmandu, Nepal. ICIMOD and Austroprojekt GmbH in Vienna, Austria jointly manage the project. In BfD/J64 we described how sketchy and superficial planning deprives the environment of eco-services, and poor farmers of their livelihoods.

Here is some news about how we are tackling the probiem.

ICIMOD's indigenous honeybee project is vigorously pursuing a range of approaches to persuade different stakeholders in mountain development, the press, and other people working in printed and electronic media to help and assist in promoting conservation based apiculture in the Hindu Kush-Himalayas.

In Nepal, the press has been successful in developing a cadre of environmental journalists who are ready to work side-by-side with ICIMOD for the cause of sustainable mountain development. These and other journalists are being recruited in the fight to save the indigenous Himalayan hive honeybee Apis cerana by providing clear, scientifically well-founded and factual information about the situation.

The ICIMOD project organised a one-day interaction programme at our picturesque Godawari demonstration site. The idea was to acquaint journalists from the local and international press with the major thrusts of our beekeeping programme, and to provide a forum for clarifying misunderstandings, identifying sources of confusion, and discussing conflicting information. The main aims were:

- To inform the media about the gravity of the situation which has resulted from the introduction of Apis mellifera to the mountains of the Hindu Kush-Himalayas;

- To empower journalists with a stock of knowledge with which to counter the impact of misleading information; and

- To encourage the journalists’ strengths in favour of our lobbying efforts to convince international donor agencies and local development players.

This highly interactive retreat was very successful. Efforts were made to address all the critical and pertinent questions raised by the journalists. In return the journalists promised to use their strengths to promote the strategy developed by ICIMOD.

The following press statement was released

The indigenous honeybee, Apis cerana, is a source of considerable actual and potential benefit to both wildlife and farmers. But its value remains unrecognised by many of those entrusted with helping people in this very marginalised area emerge from their present condition of often-extreme poverty. Particularly at higher altitudes, the very interventions designed to help these people are destroying one of the potentially most useful helpers for livelihood improvement. Apis cerana is threatened by land-use changes, by over-use of pesticides, and most importantly by the introduction of Apis mellifera.

The threat to Apis cerana is to a great extent the result of lack of knowledge about the bee itself, about the role it plays within farming systems, in maintaining biodiversity, and about the impact interventions.

Apis cerana is adapted to the diverse and often extreme climatic, biological, and agricultural conditions that exist at higher altitudes. It can survive low winter temperatures, extreme fluctuations of temperature, long periods of rainfall, and continues to fly on dull days. This bee species has developed a capacity to fight, escape, and adjust to local parasites, diseases, and other enemies. By contrast,

European races of the Ap/s mellifera honeybee are not suited to higher altitudes and remote areas. This exotic bee requires migration, intensive management practices, standardised equipment, and a large foraging area with monoculture-based agriculture - conditions that do not exist in mountain areas — and furthermore it is prone to diseases, parasitic mites, and wasps. High mountain areas are often poorly accessible and they lack transport and communication infrastructure; under these circumstances migratory beekeeping with Apis mellifera is expensive and risky.

Keeping in mind the prevailing conditions, and the urgency and necessity of action, ICIMOD recommends the following strategy for - integrating Apis cerana management adie into the development of mountainagriculture:

- Changes in the training curricula for beekeeping at college and university levels to include beekeeping with Apis cerana in mountain areas;

- Facilitation and capacity building of networks and associations of grass roots beekeepers;

- Development of a mountain specific extension programme on beekeeping development based

- Zonation arrangements for Apis cerana in poorly accessible mountain areas; and banning of the introduction and multiplication of Apis mellifera in such areas;

- Understanding and working to mitigate challenges in the marketing of bee products;

- Promotion of Apis cerana mountain honey as an organic product.

There was a strong response from the media and many articles appeared or were broadcast as a result, on BBC World, Channel Nepal, Metro FM and Nepal Television, and various local newspapers. The response was very encouraging, and we hope it will mark an important step towards changing the awareness and actions of all those involved in developing policies or activities that affect beekeeping.

ICIMOD is The International Centre for Integrated Mountain Development, an international organisation devoted to the sustainable development of the Hindu Kush-Himalayan region.

Read more about ICIMOD at www.icimod.org.np

A new book from ICIMOD, Warning Signals from the apple valleys of the Hindu Kush Himalayas, written by Uma Partap and Tej Partap is reviewed in Bookshelf page 14.