American foulbrood - is there a GM crop connection? 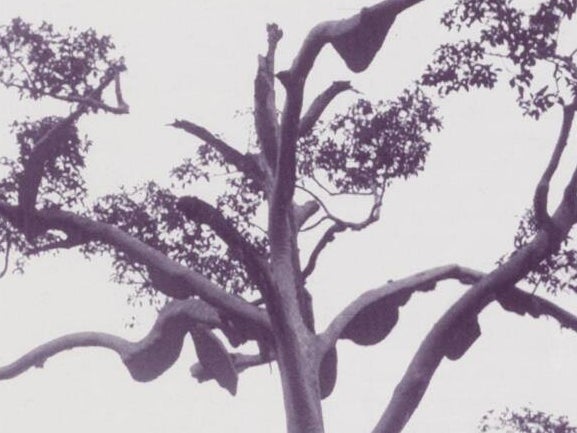 In the USA the New York State Legislature has been considering banning the cultivation of genetically modified (GM) crops, and/or requiring labelling of products containing GM ingredients.

State legislative committees held public hearings on this subject during October 2000. I was invited to testify at these hearings. Although I am no authority on the topic, I decided to review publicly available information pertaining to the possible impact of GM crops on honeybees, and present this material at the hearing. I identified three main areas of concern:

1. There is a great lack of publicly available information evaluating the effects of GM crops on bees. Biotechnology corporations fund research on GM crops in their efforts to gain regulatory approval for the marketing of GM varieties of canola, corn, cotton, soybeans and other crops. This research supposedly proves beyond reasonable doubt that these novel genetic combinations are safe to introduce into the environment. Canadian researcher Mark Winston recently attempted to gain access to the results of research that assessed the effects of GM crops on honeybees. Canadian government authorities acknowledged that such research had been conducted, but refused to provide any details. Their refusal was attributed to the fact that such research is confidential and owned by the undisclosed biotechnology corporations who funded the studies in question. Similar policies apply in the USA. This lack of openness raises serious credibility issues regarding corporate claims about the safety of GM crops. If their research is solid, then why is it kept secret?

2.  Laboratory studies carried out by the French government research institute INRA indicate that pollen from some GM crops shortens the lifespan of adult bees. It also seems to cause some learning dysfunctions that could result in the disorientation of foraging bees. Disoriented bees may become lost or unable to locate nectar sources.

3. Possibly the most important public disclosure came out in June 2000, when German researchers at the University of Jena showed that genetic material from GM canola crossed the species barrier, and was positively identified in bacteria that live in the guts of honeybees. I believe this is the first publicly documented case of horizontal gene transfer from GM crops to bacteria. This discovery may have major implications for the future of GM crops. One main objection to GM crops has focused on the fact that during genetic manipulations required to create GM organisms, antibiotic-resistant ‘marker’ genes are combined with the so-called genes of interest” These combined genes are inserted into the target plant. Within the plant, the antibiotic resistant gene has no expression and is harmless. However, if this gene was able to transfer from the GM plant and enter another bacterium, that bacterium would become antibiotic-resistant. This might render commonly used antibiotics useless against diseases attacking humans and livestock, including honeybees.

Honeybees in the USA are increasingly afflicted by a strain of antibiotic-resistant American foulbrood (AFB). Before the advent of antibiotics, this bacterial infection was the most serious bee disease in the world. Tetracycline was used effectively against AFB for 40 years until 1996. In that year, tetracycline resistance was confirmed in both Argentina and the upper midwestern states of Wisconsin and Minnesota.

Since then it has spread to at least 17 states in the USA, including New York, and to parts of Canada. During the 1990s, millions of acres of Round-up Ready crops were planted in Argentina, Canada and the USA. According to my information, the antibiotic resistant gene used in the creation of Round-up Ready crops was resistant to tetracycline. After 40 years of effective usage against an infective bacterium found in the guts of honeybees, suddenly two geographically isolated countries simultaneously develop tetracycline resistance. A common thread between Argentina, Canada and the USA is the widespread and recent cultivation of GM crops containing tetracycline resistant genes.

I spoke about this with Dr Hachiro Shimanuki, until recently the research leader of the USDA/ARS Honey Bee Research Laboratory in Beltsville, USA. He is not aware of any attempt to analyse the resistant AFB for genetic pollution from GM Crops. that the technology exists to be able to I think that the technology exists to be able to determine whether these AFB bacteria have the been tagged along with the tetracycline resistant. gene if, in fact, this antibiotic resistant AFB was due to horizontal gene transfer between GM crops and foulbrood bacteria.

I want to stress the speculative nature of this possible GM organism/antibiotic-resistant AFB connection. However, if it is true, the public health implications are enormous. A documented antibiotic-resistant gene transfer into a disease organism would strongly indicate that the Food and Drugs Administration (FDA) should re-assess the potential human risks associated with GM crops, and possibly revoke Federal approval for the sale and consumption of some of these modified plants.

As an industry I think we should immediately request, through our local, state and national associations, that the FDA analyse samples of antibiotic resistant

AFB in order to determine whether or not a genetic transfer has occurred from GM crops. If we act together, the FDA will find our combined resolutions to be a powerful stimulus to investigate this matter.

Biotech corporations have maintained that we should trust their research findings that secretly prove to Federal regulators that GM crops are safe. I  would suggest that it would be wise to maintain a healthy scepticism on this matter. Often there is a fundamental conflict between the corporate interest in short-term profit, and the public interest in the health and safety of the people. In fact, we have recently seen examples of this conflict exposed in the courts concerning other corporations.

I believe that we all are now participating in a vast GM experiment without our informed consent. Many European beekeepers are fiercely opposed to the cultivation of GM crops near their apiaries. It is well within the realm of possibility that US beekeepers should be too.

GM crops are those that have been developed by genetic engineering — transferring genes from one species to another.