The need for organic beekeeping 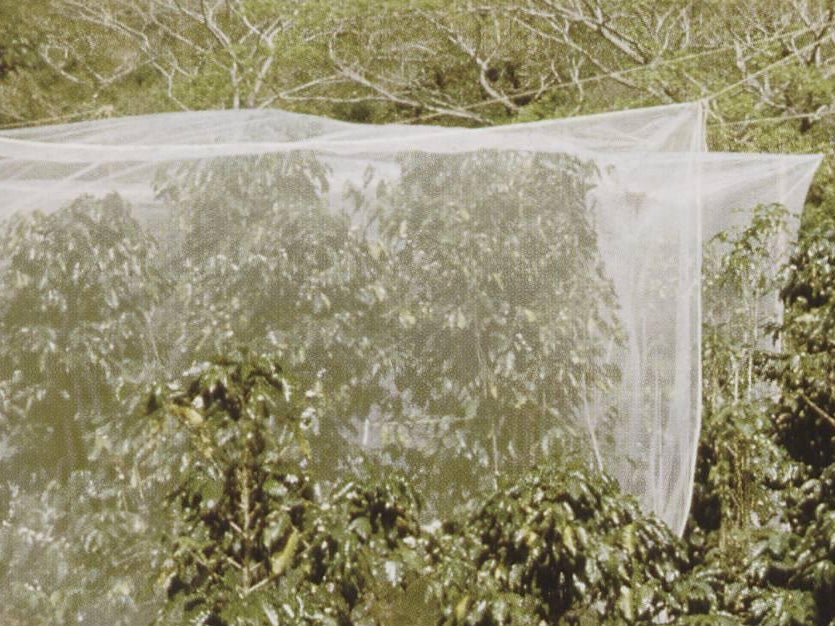 Pollination in the Tropics

The strength of an agricultural ecosystem depends on the diversity of crop and field margins. For instance wild flowers have lots of functions in agroecology; not every function is well-known but it is verified that if wild flowers are eliminated by chemical weed control you will lose an important mechanism for biological pest control. Organic agriculture prevents those pests and diseases that are maintained by the so-called “conventional agriculture” of industrialised countries. The well-known problems of “conventional agriculture” are:

- almost no chalcid wasps or hoverflies, no mites, very few ladybirds, no lacewings

- instead of ecological diversity there is only species impoverishment;

Bees, wasps and ants are the most important animals in the world; this and much more can be studied in the highly recommended lectures on bees given by Rudolf Steiner in 1923.

- Wasps invented paper and are ancestors of the honeybee (larvae of some wasps are able to cause an internal process of making honey, for instance in figs);

“.. Therefore, in agriculture more attention should be given to letting insects and birds do their bit in the right way. The farmer should, of course, understand agriculture, but at the same time have insight into cultivating insect and bird life.

Generally speaking, it is possible, through establishing wetland pasture, to keep pests away from arable land. The appropriate distribution of woodland, orchards, shrub land, and pasture with fungi growing naturally, is the essence of an almost perfect agriculture, so much so that more is achieved by working along these lines, even if the productive area has to be reduced. In any case, no economical agriculture is possible if in the hope of increased productivity, the ratio of productive to unproductive area is pushed up to such degree that all have spoken of is lost. The improvement of the volume of crop obtained in this way is outweighed by the loss in quality, as result of the facts mentioned above.” Rudolf Steiner, 1924

Steiner gave these lectures to the workers at the Goetheanum in Dornach, Switzerland. Among the workers was professional beekeeper, Mr Miller, who contributed to these lectures in the form of insights and questions. However, Mr Miiller rebelled vehemently and showed no understanding when Steiner explained the intricacies of the queen bee, mentioning that the modern method of breeding queens (using the larvae of worker bees, practice that had already been in use for about fifteen years) would have long-term detrimental effects, so grave

“A century later all breeding of bees will cease if only artificially produced bees are used (November 10)... It is quite correct that we can’t determine this today; it will have to be delayed until later time. Let's talk to each other again in one hundred years, Mr Miiller, then we'll see what kind of opinion you'll have at that point”

Seventy-five years have passed and the kind of queen breeding Steiner spoke of has not only continued, but has become the standard, and is now supplemented with instrumental insemination. What about the health of bees now?

- Honeybees are dying in those parts of the world, where these practices are common (USA, Canada, European countries);

- In 1997 many German beekeeping journals wrote, “Experts estimate the loss of colonies in Germany to be about 50%, some talk of 70%”;

- Over 60% of the American honeybee population has died during the past ten years.

In addition to artificial breeding methods, honeybees die because of intensive agriculture. For example in 1997 the professional beekeepers in France lost 70% of their honey harvest. The reason? The seeds of sunflowers were treated with an insecticide “Gaucho" (imidachloprid) made by Bayer. This insecticide travels systemically from the seeds into the sunflower and then the nectar. After collecting the nectar the insecticide poisons the honeybees who lose their orientation, are unable to return to the hive, and die. In some districts more than 80% of the sunflowers were treated with “Gaucho”. Honeybees in Germany also died, although this insecticide is not permitted for sunflowers. Imidachloprid is also used for fruit and vegetable crops under the name “confidor”.

It is not only artificial queen breeding supplemented by instrumental insemination that minimises the strength and health of honeybees. There are many aspects of beekeeping that contribute to the decrease of honeybees’ health:

- The use of plastic hives, and materials used for painting hives;

- The effects of mineral fertilisers on the quality of nectar and pollen;

- The constantly dwindling variety and quantity of wild flowers;

- The effect of genetically engineered pollen (rape, maize, soya and others)

In order to do justice to an animal, we must have deep understanding of its nature. This understanding enables us to reunite economy and ecology.

Thiele,M (1998) Modern beekeeping and honeybees’ health in the long run depends on our way of thinking.

Ed: Thanks to Justus Klaar, United Kingdom, for the translation of the excerpt from Rudolf Steiner's lecture.