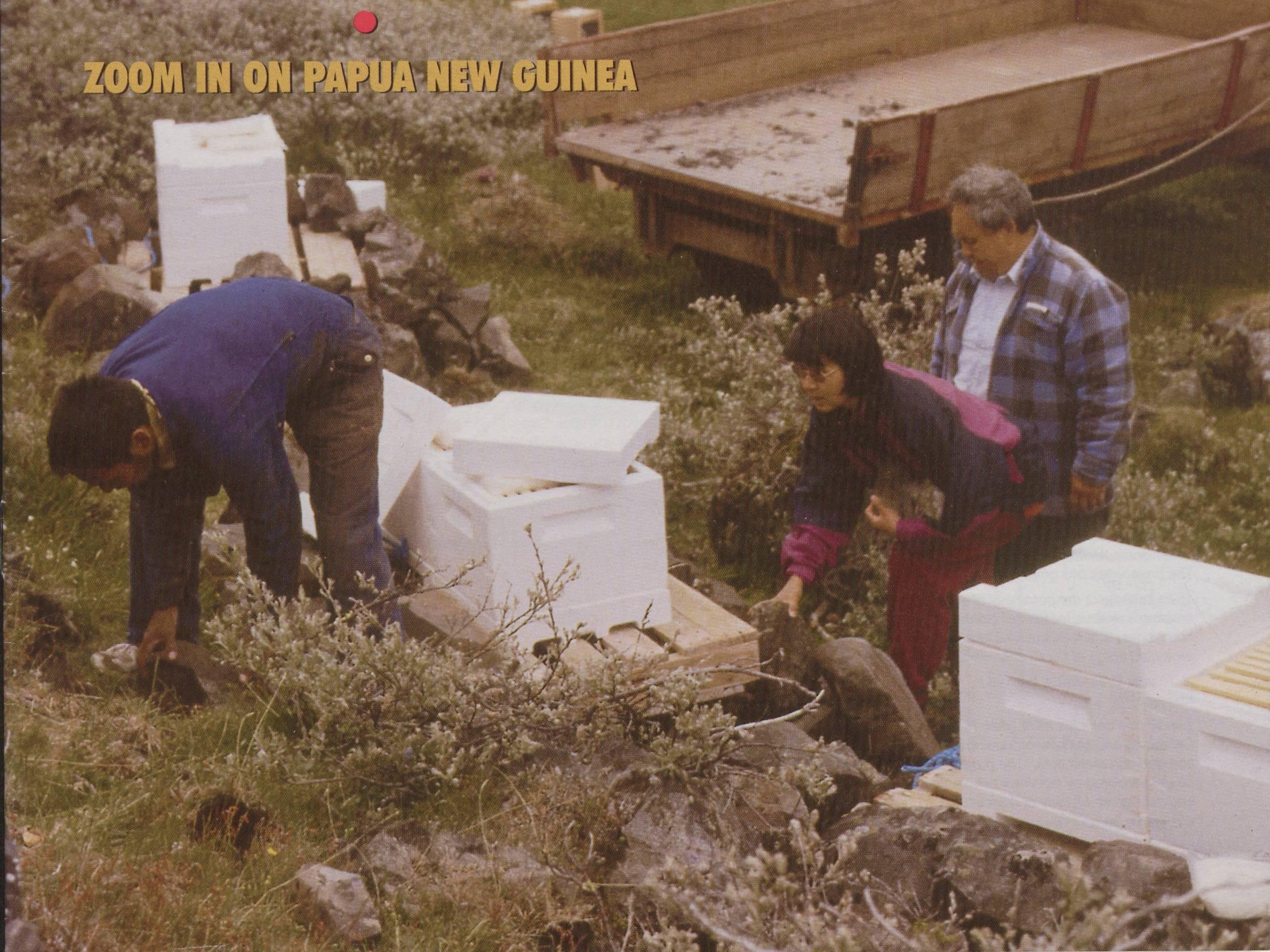 Varroa jacobsoni is predatory mite that lives on honeybees. In recent years it has been spread throughout the world by beekeepers. It is now major problem for Apis mellifera. However, Varroa jacobsoni does not show notable disturbance of the Asiatic hive bee Apis cerana, and treatments against Varroa are not necessary. Varroa jacobsoni regularly infest Apis cerana colonies, yet many Apis cerana beekeepers have never seen Varroa mite in their colonies! Apis cerana and Varroa have built up balanced host-parasite interrelation in which neither the bees nor the mites completely kill the other species. This is because during their long evolutionary process in Apis cerana colonies the growth of Varroa populations is restricted to the time when drone brood is present. Varroa jacobsoni cannot reproduce in worker brood. In contrast to this, Varroa does reproduce successfully in both drone and worker brood of Apis mellifera bees and can build large mite populations during the whole brood rearing season. For this reason chemical treatments against Varroa are used regularly in Apis mellifera beekeeping world-wide.

In colonies of Apis cerana the main reason for the restricted population growth of the mite is partially explained by physiological barriers the worker brood and/or in the mite itself.

Apis cerana actively defend themselves by removing mite-infested brood. This may also lead to the lack of Varroa jacobsoni in worker brood.

If Varroa mites enter Apis cerana worker brood cells, many of these infested brood cells are detected by adult worker bees running over the comb. To hinder the mites from reproducing, the bees uncap these cells and remove the bee larvae or pupae (Figure 1*). Consequently the mites fail to reproduce in these cells.

Adult worker bees also do not open these highly-infested drone cells from the outside, the parasitised drones have to die together with the whole number of infesting mites in the cell. We can describe this as natural “Varroa-trap” (Figure 2*). This non-removal behaviour of Apis cerana towards multiple-infested drone cells is sometimes also supplemented by the worker bees plugging the central pore with wax material from outside (Figure 2A*). This plugging of the central pore in Apis cerana drone cells by the worker bees can also be seen during infestation with European foulbrood, isolating this pathogen within the brood nest (Figure 2B*). If the colony now absconds, many pathogens are left behind in the old nest, isolated in the non-removed and plugged cells.

Grooming behaviour Another known defence behaviour of Apis cerana that keeps Varroa in check is the bees’ grooming behaviour towards mites (Figure 3*). Sometimes worker bees realise that mites are hiding on them. They try to get rid of them by self-grooming. If they fail to remove the mites they ask for help from nestmates using specific shaking dance. Self- and nestmate-grooming leads to a disturbance and sometimes killing of the mites by the bees. The distinct phoretic positions preferred by the Varroa mites on the bodies of the bees show some adaptation towards escape from the grooming behaviour of the bees.

During evolution Apis cerana bees have developed complex of these defence behaviours to keep Varroa in check. “How clever they are!”

Varroa jacobsoni has only recently been spread into populations of Apis mellifera bees that fail to keep Varroa in check. This is because the defence behaviours present in Apis cerana exist to only small extent in Apis mellifera, and its reproduction system is highly favourable for the Varroa mite to build large populations.

*Where reference to images or figures is made, please see the original journal article