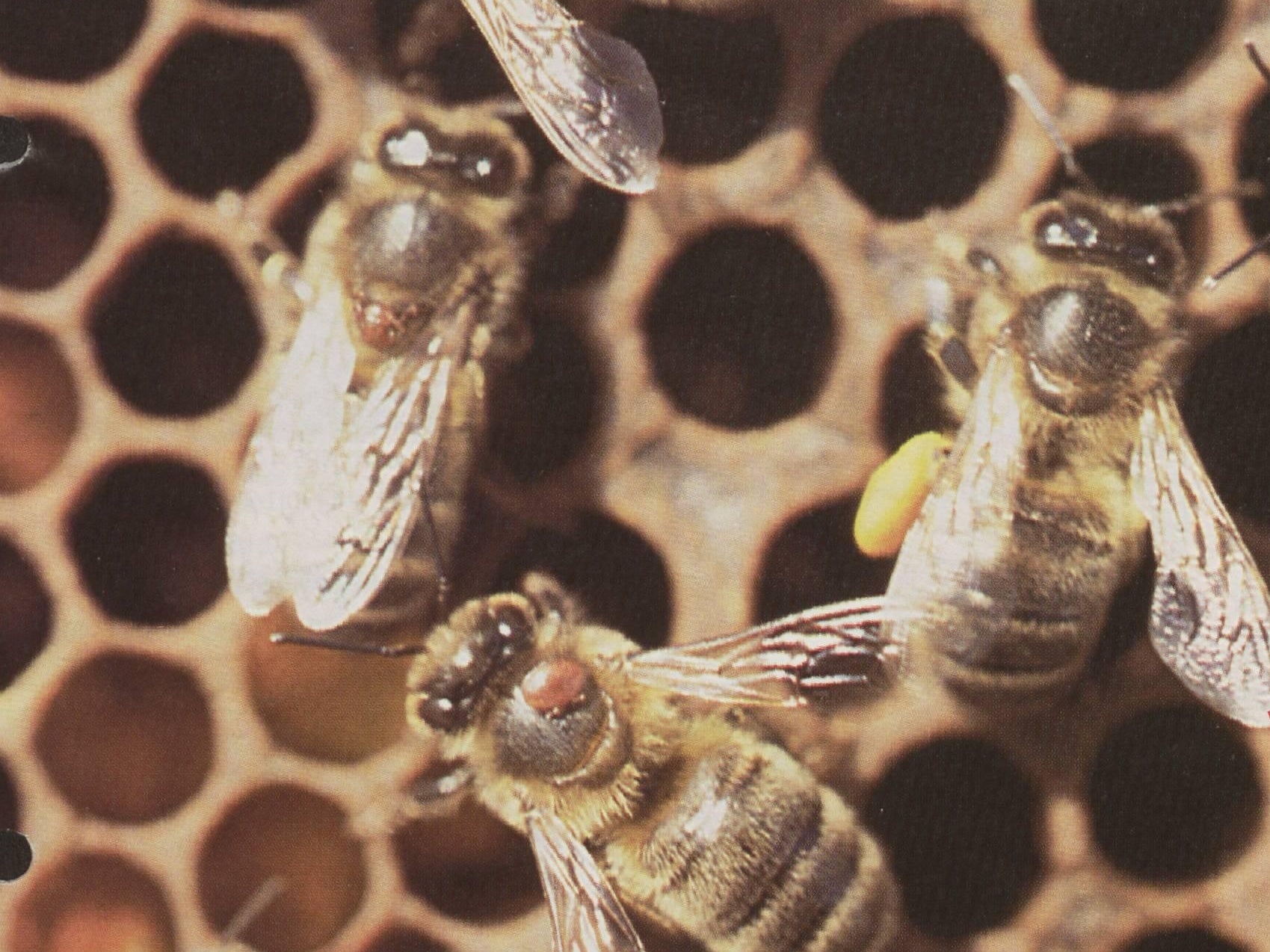 The Biosphere Reserve of Calakmul is in the south of the Yucatan Peninsula in Mexico, bordering on Belize and Guatemala. The reserve protects an area of 723,184 hectares of tropical forest.

Around 25,000 people live in 115 communities within the nucleus and buffer zone of the reserve. The majority of these people are immigrants from other parts of Mexico, coming in search of land, or to escape political and natural troubles.

The typical means of production is slash and burn agriculture. Given the ever growing population, forest resources are diminishing and soils are becoming less productive. This is non- sustainable system.

The region is one of the poorest in Mexico with an average annual income of approximately US$700.

Many communities are without water, electricity or paved roads.

Several organisations, both government and non-government, are working in the area looking for alternative sources of income. The ideal is to improve incomes while avoiding excessive exploitation of the forest resources by cutting and burning for cultivation or timber extraction. Possible income sources have included organic agriculture, agroforestry, small livestock production, ecotourism and apiculture.

The region is ideal for apiculture. The mix of high, medium and low forest, as well as small cultivated areas, provide great variety of melliferous plant species that flower throughout the year. Although the Yucatan Peninsula is very important honey producing region the reserve has been little exploited for this purpose because the immigrant population had no beekeeping tradition.

A conservation NGO, Pronatura Peninsula de Yucatan, began supporting beekeepers seven years ago. Now there are over 200 beekeepers working in the reserve. All of these were men. In fact, beekeepers in Mexico are men. “Why cannot women keep bees?” we asked ourselves. See reason why not, we offered support to group interested women. In this article we share these experiences of these women and encourage to take up the challenge.

Why promote beekeeping with women?

Much of women’s work centres around the home, looking after children, washing, preparing meals and tending home gardens and small livestock. This work rarely earns cash income and is often not highly valued Beekeeping offers challenge to women: they see it as something interesting to learn and feel sense of achievement and self-respect, as well as earning respect from other members of the community. The sale of honey, wax and other secondary products earns them cash income over which they have autonomy.

Aida from the village La Lucha notes: “At first we were afraid because we knew nothing and thought we would not be able to do it, but we got used to it and found it is quite easy to learn. We did not feel as competent as men because we could not go into the forest and clear land because it is heavy work, but working with bees is not heavy or tiring. The boxes are not too heavy for us, in fact it is easier than some other jobs we have to do”.

Unlike most activities that women have to attend to, beekeeping does not require daily attention, and if the apiary is not too far away or too large, hive inspection does not take long. Inspections are on average made every fortnight, though most frequently in times of scarcity of nectar and pollen when feeding may be necessary.

The groups of women started with revolving fund with which they bought all the equipment necessary to start keeping bees: veils and gloves; hives with bees; extra boxes; stands to protect the hives from ants; and embossed wax foundation. The fund has to be paid back in the form of cash, honey or other products derived from this activity within two years so that the money can be reinvested in starting more new groups.

The women were given training and support to manage the bees, and to organise themselves into a strong group with committee. They were also shown how to make maximum use of the products that they harvest: for example making candles from wax; jarring and labelling the honey rather than selling it crude; making sweets and medicines; and making veils to sell to other beekeepers.

The benefits of bees

Apiculture has provided relatively stable and sustainable source of income from the forest. Irma from the village La Guadalupe says: “We wanted to work with bees because it is easy and at the same time it is valuable for the products of the bees: the honey is very important, we eat the honey and we like it lot”.

We have lots of forest here, and it is fantastic resource that we can exploit with bees,” notes Etelvina who now works for Pronatura as a beekeeping promoter. “It is an activity that does not mean destroying resources, and as we are living in reserve this is very important. We do not have many resources, but we do have lots of forest, and it gives good harvests, so we have to make the most of it”.

Beekeeping does not require expensive investment and once up and started beekeepers can augment their apiaries “for free” by catching wild swarms and changing the queen. “Before we saw swarms of bees passing and we never caught them because we thought we could not do it,” reflects Maria, “now, if someone tells us they have seen swarm, we know what to do”.

In the three groups of women that have participated in the beekeeping programme, two groups have succeeded in paying back their initial fund and the third is still in its first year of operation. After completing the training the first two groups divided, some working alone, others in pairs. A local promoter has been trained to provide support to new and established groups and provide continuity to the programme.

One group of six continue working together and have specialised in the production of veils for beekeepers which they sell both within the region and have also exported to beekeeper societies in other States. Another woman specialises in making medicines from traditional products including honey and wax, whilst others sell sweets, candles, and even painted T-shirts with bee theme.

Juanita says: “We make candles from foundation wax and from pure beeswax decorated with other natural materials such as wood and maize leaves. Some of the honey we sell crude, but to get a better price we also sell some in pots with labels

Exchange visits between the groups have been organised, as well as visits to meetings of other beekeeping societies to encourage the interchange of ideas and to spread the word about women ‘s new role in beekeeping

The programme is succeeding in increasing the self-esteem of the women; after the repayment of the fund incomes do increase; nutrition, particularly of children, has at least marginally improved; and awareness of the importance of environmental protection has been heightened.

As well as the benefits to be reaped there have also been many challenges to face, and of the total number of women that initially joined the projects only the most determined continue to manage their bees.

“In the first place the children are problem because we cannot take them with us to the apiary, and secondly the housework can be an obstacle because if we spend long time in the apiary we get behind. However if we are interested we have to leave this to one side to make the most of the training,” says Irma.

“At first we had problems with our husbands,” adds Maria, “because they did not like it if we arrived home late to prepare their food. Some women had to leave the group because of this but in our case our husbands came to understand”

Sometimes disappointments have to be suffered for instance all groups have experienced the loss of colonies due to attacks of ants, disease, swarming and the recent arrival of the mite Varroa jacobsoni. However this is learning experience and preventative measures are now taken.

Given the lack of communications (poor transport, few phone and fax facilities) and lack of experience in this field, it can be hard to sell the bottled honey, veils and candles. Pronatura has acted as an intermediary in the commercialisation process. However, to ensure the long term sustainability of activities, training is being given in the use of phone and fax, and in making business contacts and sales so that the women themselves can undertake the process.

These initial projects have proved that women are well able to manage bees and make the most of the products of the hive. At Pronatura we intend to continue training groups if it is requested by other communities, and also encourage more women to become promoters and to pass on their knowledge to their friends and family.

The women have plans for the future: “To keep on working and progressing, and to teach our children too, because the work that we do, our children will also learn as time goes by,” notes Aurelia, and, Roberta adds, “To have more bees, more honey and more money!