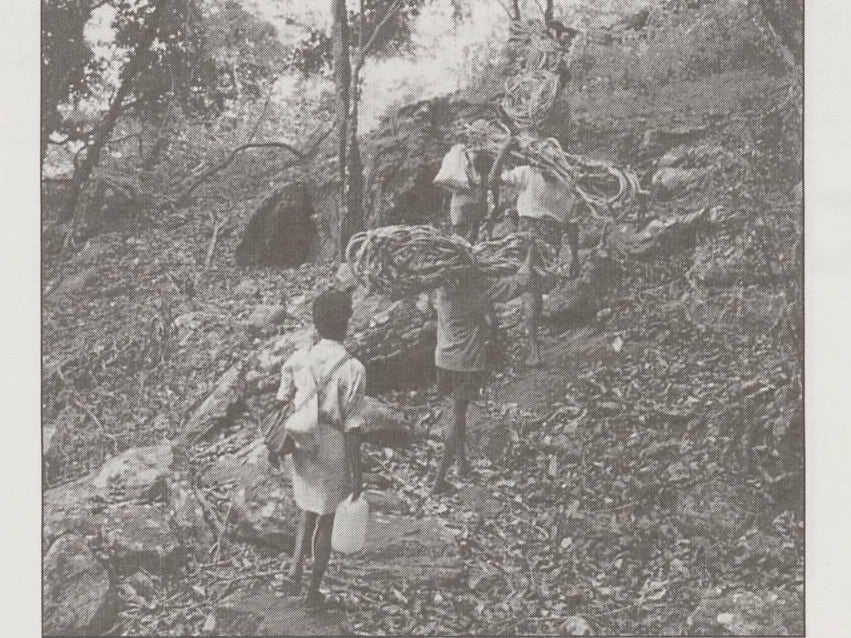 Honey hunters of the Nilgiris:...

The Apimondia Congress is the largest international gathering of people working with bees. It takes place every two years. In September Apimondia took place in Belgium: a very special event and significant location, because Belgium was the host country for the first Congress, one hundred years ago in 1897.

The Apimondia Congress caters for all aspects of interest in bees and beekeeping: scientists; commercial beekeepers; small-scale beekeepers; dealers in all bee products; and equipment makers. At the trade exhibits of Apimondia, “ApiExpo” it is possible to by every item of beekeeping equipment, and to meet with buyers and sellers from many countries. This is where serious bee-business takes place.

Of special interest to B&D readers is the Apimondia Standing Commission for Beekeeping for Rural Development, the part of Apimondia concerned with efforts to encourage income- generation from bees, in parts of the world where people face problems in finding sufficient food or income.

People brought examples of the hives they use and the products their bees make. During the week there were impromptu talks (and even songs), people showed their slides and videos, and arranged displays about their projects.

An important part of the Apimondia Congress are the formal sessions where people present their recent work and research. The large and interested audience at the Beekeeping for Rural Development Session heard from 22 development projects underway world- wide. There were also special workshop sessions: one of these focused on The organisation of producer groups groups working co-operatively to market honey and beeswax. The first speaker was Miguel Angel Munguia of Mexico who represented his group, PAUAL and its experience of exporting according to fair trade.

Another workshop discussed Harvesting from bees in tropical forests. This was introduced by Jenne de Beer, who emphasised the importance of honey and beeswax being included during inventories of non-wood forest products.

Africa, Asia, Central and South America were strongly represented at these meetings, that took place in rapidly changing mixtures of English, French and Spanish.

For over 100 years bee scientists and beekeepers have been meeting to exchange news. It is excellent to note here that this Congress recorded the highest ever number of participants from (so-called) “developing countries”.

Apimondia is the World Federation of Beekeepers’ Associations. Apimondia has offices in Rome, Italy, from where the organisation is administered by the Secretary General, Mr Riccardo Jannoni Sebastianini.

Apimondia also has publishing house in Bucharest, Romania, Director of this Centre is Mr Cristian Constantinescu.

Decisions about future activities of Apimondia are taken by an International Executive Council: President of the Council is Professor Raymond Borneck. Members of the Executive Council are scientists and apiculturalists from many countries. All of these people are elected during the Apimondia General Assembly, held during each Congress.

Each International Congress is run by Local Organising Committee. So the next Congress in Canada will be locally organised and managed by Canadian-Selected Committee of apiculturalists; scientists and beekeepers. This means that every Congress has its own distinctive national flavour and emphasis.

Concerning the next Congress, to be held in Canada

The theme of this Standing Commission at the next Congress will be beekeeping extension. We hope to encourage the participation of specialists in participatory methods of extension, to present case studies of past and current beekeeping projects. We urge the Local Organising Committee to co-operate with NGOs active in beekeeping development.

Concerning participants at the next Congress

Considering the great opportunity that Apimondia represents for beekeepers to meet and exchange ideas and information, the Local Organising Committee is urged to approach funding agencies, to support requests for funding from delegates from developing countries to participate in the Congress.

Concerning the marketing of honey

That Apimondia places emphasis on interventions towards the fair trading of honey and wax from developing countries, and takes steps to include the representation of organisations such as TransFair Canada and the Fair Labelling Organisation (FLO) in the next Congress.

Concerning the importation of honeybees

That honeybees must not be moved from one area to another without serious consideration of the ecological consequences, and that Apimondia takes steps towards the documentation of such events.

SO YOU WANT TO ATTEND THE NEXT CONGRESS?

If you have useful, new information to share then write paper, or prepare poster for presentation at the Congress. The 35th Congress will be held in Vancouver, Canada in 1999. For further information write to the address shown on Notice Board, page 11.

Nepal: its bees and beekeepers

The professional camera work and carefully worded commentary make this visit to Nepal entertaining and informative. Traditional beekeeping in Nepal with Apis cerana is described, including harvesting honey from hive built in the wall of a beekeeper’s house.

The ‘pros and cons’ of introduced Apis mellifera are discussed and there are visits to Nepal’s beekeeping institutions.

Useful information on the bee flora of Nepal and the history of bee diseases in the country add to the comprehensive nature of the film.