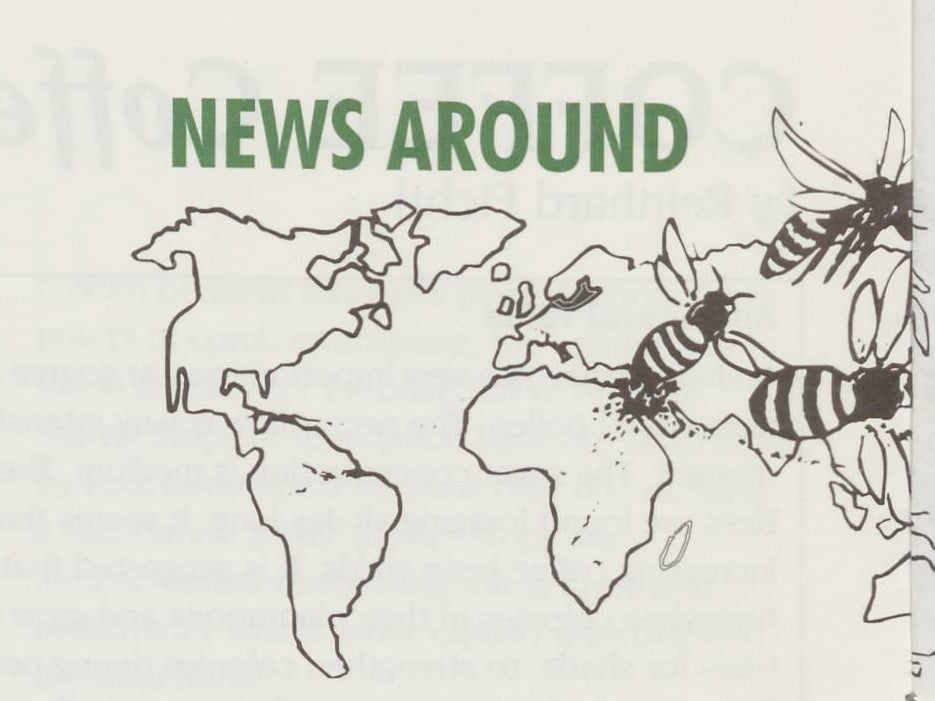 Arabian Coffee is very important nectar source and also provides moderate amounts of pollen. The nectar flow is very intensive and only reduced by drought. The sugar concentration is medium. The pollen is heavy and sticky. Bees are found foraging all day long. It seems that bees play some role in increasing coffee bean yields. It is suggested that coffee growers should keep honeybee colonies in their plantations and grow nectar-producing plants, and trees for shade, to strengthen colonies during periods when the coffee is not flowering. Coffee honey has characteristic flavour and its colour varies from brown to black. It often contributes to mixed honey in which its flavour predominates.

Coffea arabica is major honey source of the western and south-western regions of Ethiopia.

Evergreen shrub or small tree, that grows up to high when unpruned.

Flowers: to 20 fragrant white flowers are borne in leaf axils and last only a few days.

Fruit: fleshy cherries, red when ripe, about 1.5 cm long. The green coffee bean is the seed.

Flowering: profusely after rains, some coffee trees are found with flowers at all times of the year.

Formerly endemic to the south-western forests of Ethiopia Coffea arabica has spread through the trade routes firstly to southern Arabia and from there it was taken to the East Indies by Dutch traders in the 17th century. It is now planted throughout the tropics, but particularly in East and West Africa, Central south America, the West Indies, Asia, and Oceania,

It is not drought tolerant. Propagation is done by seedlings.

Uses Arabian coffee is grown for its beans (the seeds}, which are washed, dried, roasted and ground to make coffee for drinking. The residues from coffee processing are used as fertiliser and mulch. The leaves can also be used as fuel and animal fodder.

In many countries drinks are prepared from dried leaves and dried and roasted whole berries as well as the green beans. A tea is made from the leaves.