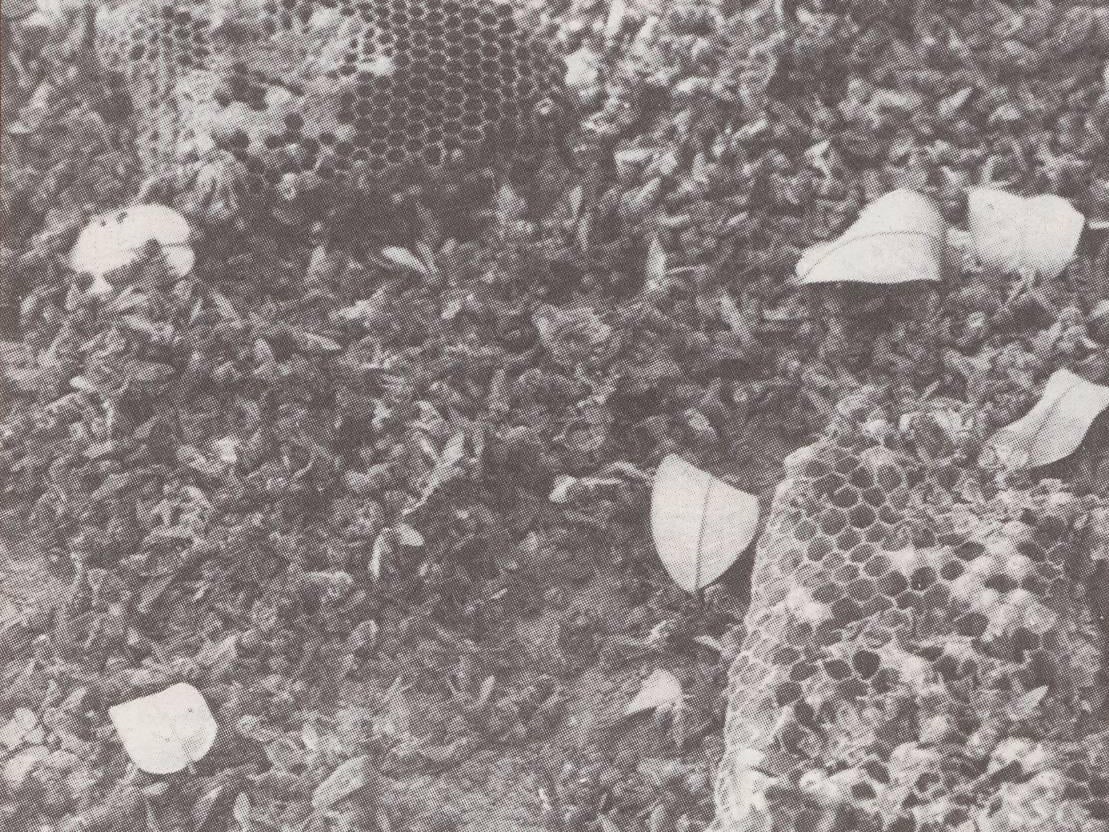 Vernonia is a very valuable honey source. Especially in warmer areas the nectar secretion is abundant and bees produce a significant surplus of dark aromatic honey. Honeybees collect the nectar and whitish pollen throughout the day.

During flowering time honeybees develop very rapidly with a tendency to swarm easily. In some areas honey is generally harvested after the flowering season of Vernonia.

Small tree or shrub, growing up to 10 m tall.

Leaves: somewhat coarse and rough, alternate, simple, green above and pale below, ovate-lanceolate, up to 20 cm long with regularly toothed margins.

Flowers: white, tinged purple or pink and sweetly scented particularly in the evening; arranged in numerous heads at the ends of the branches.

Flowering: Throughout the year. In Ethiopia the main flowering period is from January to February.

Fast growing from seeds and flowering in the second or third year after planting.

Vernonia is widely used as hedge-forming shrub or tree and as boundary marker. The wood is used for fuel and is also termite resistant.

In Ethiopia the leaves are used to scour pots used for making Tela, the local beer, and Téj, honey wine.

In some parts of Africa the leaves, although rather bitter, are commonly used as vegetable and the bark and roots are used as a tonic by people suffering from fevers. A cold infusion of root bark is sometimes used to treat bilharzia. Small stems are commonly used as “chew sticks” and regarded as an appetiser.