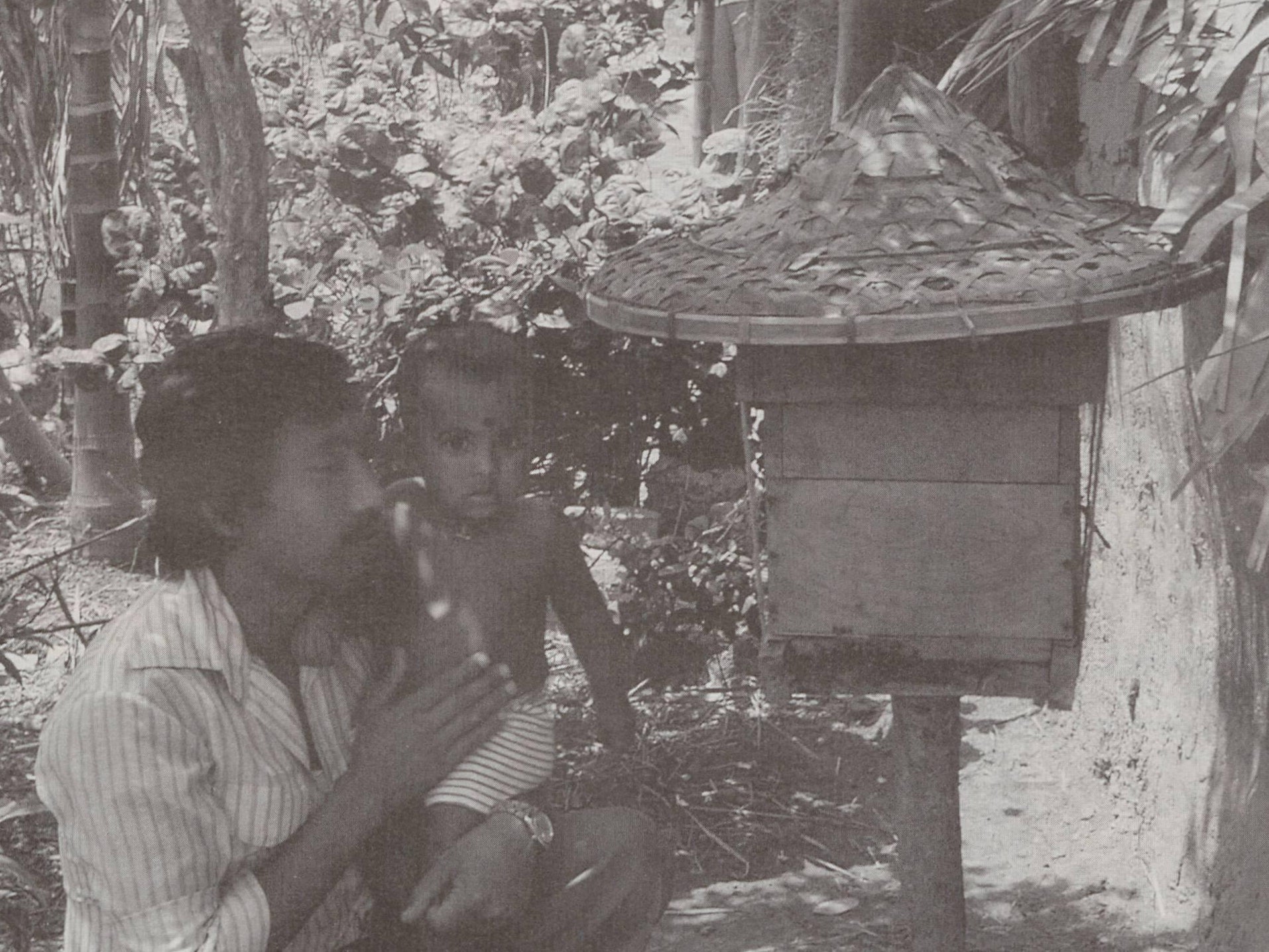 The escalation of war in southern Sudan has resulted in the displacement of over 80,000 refugees into Uganda. These people are mostly in 15 refugee camps and two transit camps in Moyo District along the east bank of the Nile, 440 km north-west of Kampala. This area is remote and poor. It has very low agricultural productivity being mostly marginal land. As a result few opportunities in agriculture or other business activities are available to the refugees.

With this background, I explored and identified beekeeping as one of the very few enterprises which could be viable and environmentally friendly under such fragile physical conditions.

Though the area has shallow soil and steep hills, there is good vegetation cover. This includes Acacia spp, Afzelia africana, Balanites aegyptiaca, Combretum spp, Sclerocarya birrea, Tamarindus indica and many other trees and shrubs, all of which are good bee forage.

Refugees have also been encouraged to plant trees and seedlings and are supplied freely with them by the UNHCR. Trees planted include good bee forage trees like Azadirachta indica, Cassia spectabilis, Eugenia jambos, Melia azadirachta and Moringa oleifera.

In early 1991 a project proposal was produced for fund raising. No support was received. The UNHCR promised to assist the project if it could be shown to be viable. This promise has yet to be fulfilled. However, the field office in Pakele has been helpful and encouraging as will be shown shortly.

In early February 1992, I was offered a job to set up an educational resource centre and develop programmes of interest and benefit to refugees. I took this opportunity to experiment with my ideas for beekeeping. I used a good proportion of my salary for the first three months to buy traditional log hives and few top-bar hives.

At the beginning of August the Field Officer of UNHCR, encouraged by the results of my experiment took personal interest in the project. I bought some timber and increased my top-bar hives to 14. At the same time people who had expressed interest in the project collected money for the procurement of the trunks of borassus palms which are the main materials for log hives in this district. UNHCR was kind enough to release lorry for this and I bought 61 log hives for members of the project form West Moyo where the palms are in abundance.

At the time of going to press this is the summary of the project:

Beekeepers registered by the project (including women)  -   24

Number of hives at demonstration apiary  -   55