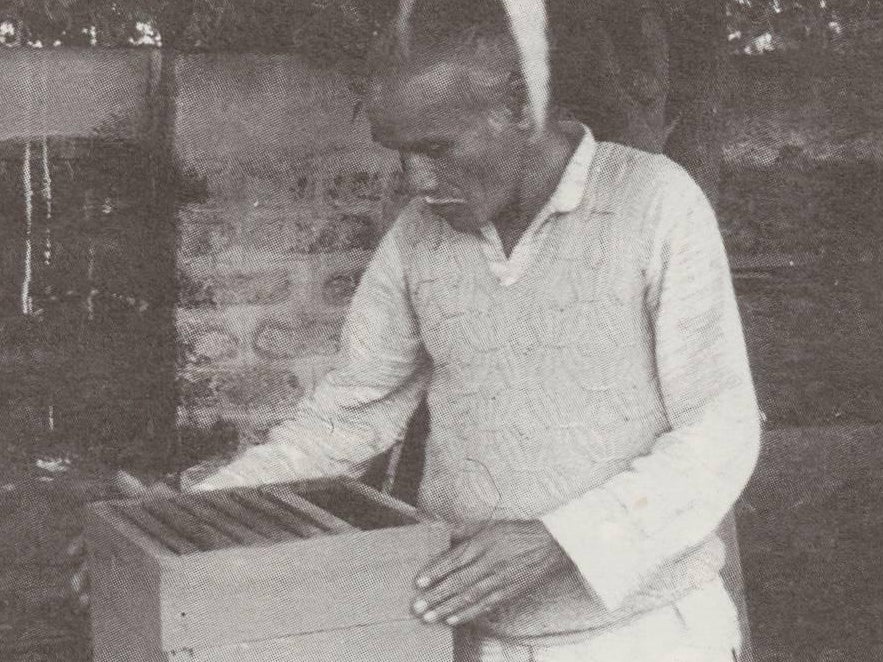 This Conference took place in February, at Chulalongkorn University in Bangkok. The Bee Biology Research Unit of Chulalongkorn, headed by Professor Sirtwat Wongsiri was responsible for organisation of the Conference.

South-east Asia is an enticing region for study of honey bees: five species of the genus Apis occur naturally and European Apis mellifera has been introduced. With this diversity of honey bee species there naturally follows a rich diversity of honey bee pests, diseases and parasites. These in turn have attracted the interest of bee researchers worldwide, who find rich resources in south-east Asia for fundamental research. This was underlined by the large number of scientists from all regions who participated in this meeting. The purpose was to provide opportunity for discussion of recent findings. With asian honey bee mites now spreading throughout the world, knowledge of the biology of these predators is of value to beekeepers everywhere. For example, an understanding of how Apis cerana and the parasitic mite Varroa jacobsoni have continued to survive successfully in the presence of one another assists us in combating Varroa now that it has moved to Apis mellifera as new host species.

The Conference was opened by Her Royal Highness Princess Maha Chakri Sirindhorn. Spread over six days the Conference consisted of oral and poster presentations, Apiexpo, visit to the Royal Chitralada projects and social events. 130 delegates from 30 countries participated.

A large proportion of papers related to honey bee mites: their identification, biology and possible control. Much research on mites is underway in south-east Asia and particularly Thailand, and also in the USA and Europe

Serious issues were raised at the meeting. Are the increasing populations of Apis mellifera in some parts of Asia leading to reductions in Apis cerana populations such that they are no longer viable? Will continued treatment of Apis mellifera colonies to control Varroa infestation prevent us from identifying Varroa- resistant colonies? Some papers reported fundamental research describing new mite species, morphometrics and new distributions of both bee species and mites. Other researchers are using biochemical analysis to establish evolutionary relationships between the bee species. And interesting new facts were reported one example that Varroa mites always tend to congregate on the left side of bees.

This exhibition emphasised the extent of commercial beekeeping in south-east Asia, and the sophistication of marketing of honey and other hive products. Displays by companies from Thailand, Taiwan and Korea showed a wide range of commodities containing hive products in various reincarnations: honey with garlic, biscuits made with royal jelly, ointments using propolis, shampoo containing pollen an amazing range and variety of value-added products. But the technology involved in creating these products is a long way from the labour-intensive beekeeping which yields the basic commodities:

This Conference was also the inaugural meeting of AAA, the Asian Apicultural Association, the new organisation aiming to co-ordinate bee-related activities within Asia. At a special meeting the officers of AAA were elected and sections with responsibility for eight aspects of apiculture were established.

Bee products:  [to be decided] - Japan

Beekeeping and Development will continue as the Official publication of AAA, with the AAA Newsletter inserted from time to time. AAA will aim to meet every two years: it was decided that Indonesia should host the next meeting in 1994.

A meeting was held to form a steering committee to co-ordinate regional research on bees and beekeeping. BEENET is initiated by the Malaysian Bee Research and Development Team and sponsored by IDRC (Canada).

This International Conference was efficiently organised, providing an effective forum for bee researchers to meet. Asian apiculturalists deserve congratulations for the efforts they are making to co-ordinate their research activities.

Proceedings of this Conference are being edited by L J Connor, Rinderer, A Sylvester and S Wongsiri. They will be published in 1992 and the volume will contain approximately 100 articles on all aspects of Asian apiculture, The Proceedings will be published by Wicwas Press, and will be available from IBRA. Beekeeping and Development will carry further details as they become available.