Zooming in on Mexico 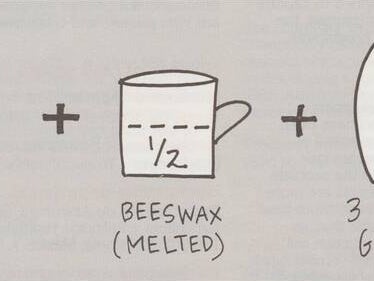 No species of Apis are native to Mexico. Apis mellifera of European origin arrived in Mexico around 1520.

Africanized honeybees were first identified in September 1986, in the state of Chiapas, and have now been identified in 16 of Mexico's 29 States. They reached Texas in October 1990. A co-operative plan for the control of Africanized bees was initiated between the Mexican and US governments. This resulted in pheromone treated bait hives being positioned to capture swarms and, if found to be Africanized, the swarms were destroyed. This programme ended in September 1990.

As in other countries, it is beekeepers Practising on a small-scale who have been most adversely affected by the arrival of Africanized bees. Such beekeepers lack financial resources to deal with the problem. Medium and large-scale producers are more likely to have resources and incentive to deal with the new bees. It is probable that, as happened in Brazil, honey production will decline in the short-term but will recover when new management practices are established.

Modern frame: Dadant hives. Commercial beekeepers, many of whom manage more than 1,000 colonies, often use equipment manufactured in the US.

Vegetation ranges from wet marshland to desert and from tropical lowland jungle to high alpine vegetation. The dry, high plateau in central Mexico is important for flowers in the summer, when hives are migrated up to this area. The Gulf coast and Yucatan peninsula are areas of high rainfall, while the north-west region is most productive agriculturally.

The rich flora of the Yucatan peninsula has made it a world-famous honey-producing area, and today it supports around 510,000 colonies each yielding 40-45 kg honey. One of the most important melliferous species is tajonal, Viguiera helianthoides, a yellow flower which thrives on land abandoned after slash and burn agriculture. Other important species here are Vitex gaumeri, and Gymnopodium antigonoides.

Recipients of Beekeeping and Development

Beekeeping with stingless bees was widely practised before the introduction of A. mellifera, and there has been a resurgence of interest following the arrival of Africanized honeybees.

Co-operative efforts in genetic control of Africanized honeybees in

Many more articles and papers are held in the IBRA library.