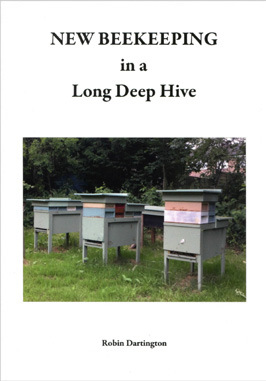 Wax melts at around 65°C. Heating it too strongly or for too long darkens it and changes its chemical composition, in particular aromas get lost. Heating wax directly gives a high risk of over-heating. Therefore, wax must be extracted very carefully in the following way:

Melting wax using solar heat is a very cost-efficient procedure. However, capacity is limited, and the extraction only works if there is enough sunshine. In extreme heat, very hot temperatures can occur that will damage the wax. If the container does not close well bees can start robbing. The wax output is smaller than with other methods.

Combs are plunged into boiling water. The water must be non-ferrous therefore using rainwater is recommended. The remnants, mainly originating from brood moulting, are skimmed from the surface. Afterwards, the wax can be filtered through a jute sack, canvas or something similar. It can also be squeezed out or centrifuged.

*The original article shows a diagram of a solar wax extractor which is not available on this mobile friendly version.

The melted wax contains impurities, which are removed initially by using a sieve or gauze strainer. In the refining process that follows, the wax is heated together with water in a heat resistant pot, to 75–80°C, and then left standing overnight to slowly cool down. For this purpose, the refining pot should be well isolated because the slower the wax cools down, the more impurities sink to the bottom of the pot. They can be easily removed from the bottom of the cold wax cake.

For candle making the wax can be bleached using different acids (citric, oxalic or sulphuric), or hydrogen peroxide. Acids such as hydrochloric acid damage the wax chemically. Bleached wax is not allowed for the production of foundation sheets to be used in frame hives.

Since Johannes Mehring manufactured the first comb foundation in the 19th century, it has become indispensable for many beekeepers. Use of foundation saves the honey which would otherwise be needed for honeycomb production. Also, processes in the bee colony such as direction and size of combs can be influenced.

In natural combs the bees build up to 30% drone brood cells. With comb foundation bees are forced to produce worker cells only. Foundation does not only limit the construction of worker cells, they also define cell size. Most of the moulds and foundation rollers available on the market press comb foundations of a cell size suitable to European bee races (5.2 - 5.6 cm). Depending on the bee race and size of adult worker bees, cells of African and Asian bees show another mostly smaller diameter (see Table). Cells that are too big or too small may cause bee health problems, because of the severe interference in the colony’s life. Without the pre-settings of comb foundation, bees more often build irregular cells and drone combs said to foster their vitality and health. To construct cells in a regular order meets the desires of the beekeeper more than the bees’ requirements.

Advantages and disadvantages of foundations

Without doubt, comb foundation makes combs more stable. Combs can be turned more easily during inspection. In addition, these stabilised combs can be centrifuged at a higher speed increasing honey yield. But foundation only makes sense if the combs are used again. This provokes the accumulation of environmental toxins including pesticides and/or medical drugs (Varroacides) in wax thus diminishing its quality. Also, sublethal effects have an influence on the health of the bees. The necessity of storing combs outside the bee colony creates new problems for example wax moths and Small and Large Hive Beetle. Heat and content moisture in storage rooms also affects the quality of combs.

Foundation is either moulded or rolled. Wax is poured directly into a comb mould made of metal or silicon. Water-cooled moulds accelerate the process. Rolling foundation offers a faster production method: flat wax sheets are rolled out and then hexagonal comb cell shapes are imprinted on to the sheets. Rolled foundation is generally thinner and therefore more elastic than moulded foundation. This method is very expensive and is therefore mainly applied in largescale production.

* The original article has a table about the size of worker cells of different bee races which is not available on this mobile friendly version.

Dr Wolfgang Ritter is from BEES for the World, which supports African beekeepers to produce top quality beeswax and sell it on the European market while promoting the African way of beekeeping, most favourable for bees, beekeepers and the environment. The income from sales will be refunded to support African beekeeping communities via training provided by Bees for Development.