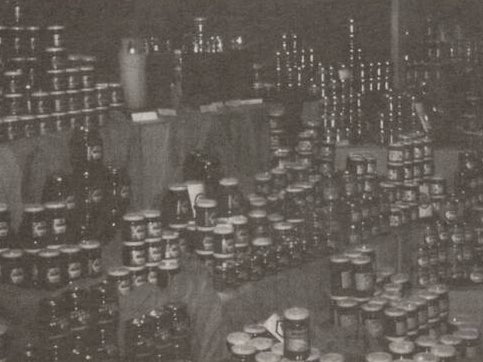 The 31st Apimondia Congress took place in Warsaw, Poland in August. Poland provided an excellent venue for the Congress, as beekeeping is popular and widely practised by Polish people, with 210 000 beekeepers owning 2 500 000 colonies of bees.

The Congress was held in the Palace of Culture, a large building in the centre of Warsaw, with ample space for the 5 500 attending. During the 7 day Congress some 350 lectures were presented on apitherapy, bee biology, bee pathology, beekeeping economy, beekeeping in developing countries, beekeeping technology and equipment, and melliferous flora and pollination. For the first time at Apimondia, an additional symposium on Apis cerana was also held, with interesting papers on the biology of A. cerana presented by delegates from Bangladesh, China, India, Japan, Malaysia, Pakistan and Thailand: the success of this symposium should ensure that it becomes a permanent feature of future congresses. Different poster sessions were held each day, and delegates had the opportunity for open discussions during the round table meetings. The Organising Committee arranged excellent technical trips, which covered the length and breadth of the country allowing delegates to appreciate the skill and enthusiasm of Polish beekeepers. Most rear their own queens, and bee breeding has been highly developed: there are 15 bee breeding stations and 174 reproduction stations rearing 50 000 queens for honey- producing apiaries. The State is supportive towards beekeeping with 9 university apicultural departments, departments of beekeeping in all agricultural colleges and even high schools where children can specialise in beekeeping.

Poland has 5 beekeeping cooperatives which process and market honey, wax and other hive products on behalf of beekeepers. The cooperatives produce impressive ranges of attractively packaged goods. The use of hive products has been extended, for example in the manufacture of fruit conserves containing honey in place of sugar, various honey wines and non-alcoholic drinks, spreads consisting of honey, milk, vanilla and/or chocolate, and various mixtures of honey/propolis and honey/pollen. it is sometimes suggested that pollen should be used as a valuable source of protein where food is scarce: perhaps by mixing it with honey as in Poland, it could be made more readily acceptable to children?

An exhibition of trade stands known as APIEXPO is held throughout the Congress. As part of this, the Polish Beekeeper’s Association arranged an exhibition: Polish and Apiculture Yesterday and Today. This described the evolution of beekeeping in Poland: in ancient times bees were kept in holes in trees, later logs containing the bee colonies were moved to the vicinities of homes, gardens and orchards, and gradually these log hives were developed and improved into the modern frame hives used in Poland today.

After a week of discussion and exchange between beekeeping officers and scientists, commercial and private beekeepers, equipment manufacturers and traders of the various hive products, the Congress closed with the agreement of Resolutions, and a successful bid by Brazil to host the next Congress.