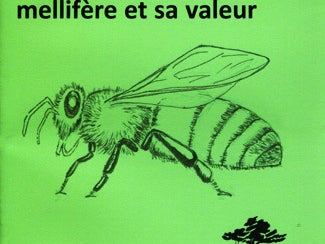 MAKING A PROFIT AS A COMMUNITY BASED PRODUCER ORGANISATION – CAN YOU SELL TO A PACKER?

Everyone reading this article will know that honey is a valuable resource that can improve food, as well as income security for beekeepers around the world.

Our research has shown (Bradbear & Lowore 2013) that local-style hives, that are low cost and therefore accessible for low-income households provide the best trade-off for poverty alleviation. They allow households to earn additional income with almost no land, labour or capital costs. Pollination services are vital too. For many agriculture-based households the value of the improved yield that can be achieved as a result of siting bee hives close to crops may be as important as income received from selling honey or beeswax.

Bees for Development recently documented an example in Kamwenge, western Uganda where, despite the existence of a strong local and ready market for honey, one household kept hives sited on their farm solely to benefit from the bees’ pollination services (see picture above).

At Bees for Development our goal is to deliver the maximum increase in household income to the maximum number of people. Low-cost beekeeping allows this to happen. While training low-income households in developing countries is important, to achieve maximum benefit it is crucial to ensure that beekeepers are able to sell their honey. This is not easy. In the previous edition of BfD Journal we analysed a common route to market for many beekeepers in rural Africa – collective marketing through a Community-Based Organisation (CBO). In Uganda CBOs commonly package and sell their members/suppliers’ honey directly to consumers in distant markers such as Kampala. We demonstrated that while the logic of CBOs selling directly to the consumer, and shortening the value chain in the process, appears very attractive – closer inspection shows that it can prove very difficult indeed for many CBOs to achieve profit.*

We do not prefer one model of selling honey over another. Our goal is to inform beekeepers around the world of the options available to them and to highlight the benefits and disadvantages of those options. Therefore let us consider an alternative route to market - the CBO as a regional collection centre.

In our previous example where the CBO collected, processed, packed and sold its suppliers’ honey itself, significant costs were added as a result of packaging the honey. The equipment, staff and accommodation required to pack honey into 500g plastic jars, the market standard in Uganda, all added costs for the organisation that led to reduced profit margins and higher break even points – both bad outcomes. The cost of the 500g jars was UGX 400 (US$0.16; €0.12).

With a great number of CBOs following a similar model - there are about 90 small to medium producer organisations in Uganda that are members of TUNADO (Uganda’s National Beekeeping Organisation) - consumers in Kampala face a large number of near-identical products. Until the market develops a level of sophistication that allows CBOs to charge more for their product based on its quality, provenance or marketing, the default position is for most consumers to purchase the lowest-priced product. A level of sophistication is already beginning to emerge with industry approved Quality and Standard marks (denoting compliance with hygiene standards), increasingly attractive packaging, and tamper proof security seals. These allow CBOs to distinguish their product from those of their competitors. Of course these also add cost – a concern when many consumers already perceive Ugandan honey as expensive compared with lower-cost Kenya, Tanzania and Chinese imported honey. Competition for supermarket shelf-space, influenced by volumes sold, reinforces the pressure to sell at the lowest possible price.

A key difference between the Ugandan and other markets in the region such as Cameroon, Kenya and Tanzania is the fragmentation of the market into many smaller producer-packers in Uganda. Several reasons were suggested for this in BfD Journal 109, however there are benefits to be gained from a more consolidated market with fewer, larger packers selling larger quantities and with overhead costs that are proportionately lower.

* The original article has a table showing the cost savings selling honey to a packer which is not available on this mobile friendly version.

2. Selling directly to a packer certainly means that the CBO is more likely to sell a greater overall volume of honey. Remember the profitability rule: Unit Profit x Units Sold!

Very clear from our previous article is the point that CBOs face the challenge of selling a great volume of honey to be profitable. This was partly because of the costs that packaging the honey into jars added to the overall cost of the honey sold. While many organisations call upon beekeepers to “add value” to their products, do not be fooled by automatically thinking that packaging your honey into a jar is the best way of adding this value. A CBO that acts as a regional collection centre for a honey packer, that sells hundreds of tonnes from different regional collections centres, is already adding a great deal of value to the honey that they collect. This should not be underestimated and the best way to achieve development for many communities might be - not by selling their own honey direct to consumers - but rather by asking someone else to do it for them!

*Correction In BfD Journal 109, Beekeeping Economics II: making a profit as a community based producer organisation we stated that a CBO with fixed costs of UGX 16 million (US$ 6,337; €4,681) per year would need to sell 111 tonnes of honey to break even. The actual figure is 43.7 tonnes, ie 43,700 kg – still a very significant volume of honey that is beyond the reach of even the most organised CBOs. A revised table with corrected figures is below*