The Story of Hall Quarry Beach

Hall Quarry Beach is an award-winning facility of the Batavia Park District!

Hall Quarry Beach occupies a former stone quarry now owned by the Batavia Park District. It has been used as a swimming facility since 1920. The story began over 150 years ago in 1842, when a limestone quarry was opened on the west end of town and Batavia received the name “Rock City.” By 1860, nine quarries were in operation, and one of these quarries sat on an acre of property along the Fox River. More than 150 men mined limestone from the quarry until it was so deep and wide that water began permeating up through the floor of the site. Soon enough, six ponds were formed that fondly were known as “old swimming holes.”

By 1920, the Quarry was purchased by Frederick Beach. Beach donated the Quarry to Batavia Township, and they converted the six ponds into one swimming area. This area was named the Frederick H. Beach Park and Pool. Fast forward to 1969, when the Batavia Park District formed and the property was then transferred to the Park District and later renamed. Today Hall Quarry Beach features a sand-bottom swimming area covering 60,000 square feet, which includes islands, slides, and a diving area. There is a playground and plenty of picnic tables, as well. Come visit the beach that Batavia built!

(phone number valid during summer only)

Check for updates and cancellations at bataviaparks.org/rainout!

We are so excited for you to return for another wonderful summer at Hall Quarry Beach! Please mark your calendars for opening day, which is May 28. There are so many fun classes at the Quarry this season, and opportunities to share memorable experiences with your family, friends and neighbors! Quarry passes will be offered at preseason rates from March 21 through May 27. Passes will be sold at the regular rates beginning on May 28. Our 2021 season pass holders may renew their passes by logging into their Park District account.

Daily admission rates apply for individuals who do not have season passes.

Compete in relay races, splash contests and more! Make the most of the rest periods between swim times all afternoon.

Say farewell to the Summer of 2022 and kick off the last weekend of the Quarry season! We will have family games, extended hours and more!

Twilight will be Mondays, Wednesdays and Fridays from 5:00-7:00P.

Looking for a unique location for your next event or birthday party? Look no further than Hall Quarry Beach. Private rentals are available for birthday parties, family reunions, company picnics, etc. You will have exclusive use of the park from 6:30–8:00P on Sundays, Tuesdays, Thursdays and Saturdays, including the water features, sand volleyball courts, and open grassy area. Please contact the Aquatics Supervisor at 630-389-2062.

on sale beginning May 28

Rainout Line Check for updates and cancellations at bataviaparks.org/rainout! 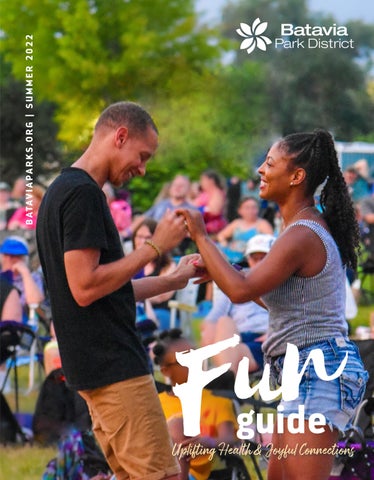