On Making a Place 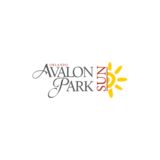 As we continue on with this series of articles, they begin to stop functioning as separate pieces and instead start culminating into a bigger picture of traditional neighborhood developments. So, too, do the items we’ve discussed beget more cohesive concepts. This month, we will take what we’ve learned and insert it into a bigger picture: a term called “placemaking,” or the multipart approach taken when planning, designing, and managing traditional neighborhoods. To reiterate previous articles, variations of living spaces, mixeduse land uses, a main street, and an easily navigable and walkable design are all key characteristics of traditional neighborhood developments, which work together to contribute to this idea of “placemaking.” At the heart of placemaking is inspiring the collective to reimagine public spaces, which, in turn, shifts these spaces into places, and these places, then, become the heart of the community.

Perhaps the most important part of placemaking is that it holds a deep value to those who feel, or want to feel, connected to their community. It is not something planned by architects, but rather occurs when a community’s residents understand just how influential the collective imagination can be. Like the children who walk to school each day and marvel at the tall trees and the park slide, we, too, tap into our blooming inner child to see spaces anew, and this brings us joy. As it is said, placemaking is neither a process nor a philosophy; rather, it is both.

What should be emphasized about placemaking is that it is centered around the people: it is not a process of fixing up a building, but a process of creation which fosters further creation of places in which people feel individually and mutually committed to their communities. For example, we can close off the main street of a traditional neighborhood from vehicular traffic, allow residents and other local vendors to set up booths, and call it a farmer’s market. What once was the main street through a community is now a pedestrian plaza; we know that tomorrow we will drive our cars down this same street, but for now, it is a space for walking, connecting with friends and neighbors, and supporting local businesses. The very fact that we, the residents, are aware that this is the main street and yet are still able to change the way in which we typically conceive it is an example of placemaking, as it takes the community’s collective imagination to turn a street into a farmer’s market.

Moreover, and in a similar vein, placemaking functions as a feeling which improves the physical and emotional wellbeing of a traditional neighborhood’s residents. Looking back to our examination of context-based street design, we can understand how the careful consideration of pedestrian and bicycle routes are emphasized more in traditional neighborhood developments than in the vehicular-focused design of conventional suburban developments. The attention and emphasis placed on walking and biking rather than driving is made rather easy via context-based street design: you can go to school, or the music studio, or the grocery store, either on bike or foot, and this alone contributes to the positive increase of physical and emotional states of residents. In other words, it can be boiled down to an increase in physical exercise as well as an increase in connections amongst residents, both of which help to improve one’s emotional wellbeing.