FINDING A WEIGH THROUGH 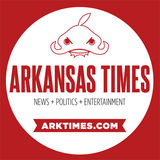 from SAVVYkids | March 2020
by Arkansas Times

Millions of us resolve each new year to lose weight by exercising and dieting. However, concern about weight loss and body image can become a preoccupation, an obsession. In fact, it’s estimated that 30 million Americans suffer from an eating disorder. You might be surprised how young these thoughts can begin to form.

Anorexia, as you may know, is an eating disorder, a form of self-starvation. There are two types: restrictive and bulimic; restrictive meaning severely limiting food intake, including foods that are high in fat and carbohydrates. Bulimia involves binging and purging. An individual with this disorder will take in large amounts of food then make themselves throw up or ingest large amounts of laxatives or medication to clear the intestine.

Wesley Morgan is a licensed professional counselor who serves patients and families at Methodist Family Health. She previously provided outpatient therapy for children ages 3 to 19 and young adults who are dealing with these eating disorders.

“Children and teens who are anorexic will often eat, binge eat and eliminate in secret,” Morgan said. This can make it difficult for parents to pick up on warning signs early on. “However, if your child begins to talk about dieting, calories and losing weight more often, you will want to become more observant, because what may begin innocently can quickly become obsessive.” You may have noticed that Morgan has treated patients as young as 3. Her patients this young have dealt with avoidant restrictive food intake disorder, which is characterized by selective eating habits. These are extremely picky eaters who avoid foods due to texture, color or past experiences. For instance, if a child became sick after eating broccoli, he may avoid it in the future.

Pay attention to your child, especially if you know he or she is being bullied, and definitely be aware of how you talk about food.

“This can lead to malnutrition. Children this young aren’t trying to lose weight, and this doesn’t involve body image issues. They’re just so picky, they aren’t getting the nutrients their body needs,” she said. “Control can also be a factor. For children 5 and younger, eating and using the restroom are tied to their emotions. They may not even understand what they’re doing. Their desire for control can be due to stressful situations or changes in their environments, such as a divorce or going into foster care, or a fear of choking. Other times it may just be a texture issue. This varies from child to child.”

No matter the cause, Morgan said, parents should seek medical attention as soon as possible.

For adolescents and teens, issues with body image, insecurity and being bullied may breed anxiety and depression. “Their coping strategy may be to diet; however, for some, the dieting spirals,” Morgan said.

She recommends parents first contact their primary care physician and get his or her recommendation. Treatments include intensive, individual mental health therapy; family therapy; psychological education groups; and support groups for families.

“Nutritional evaluations and nutritional rehabilitation may also be recommended,” Morgan said. “I’ve worked with teens early on, when they first start talking about body image issues, then found they’re having issues with food. For instance, a patient may come in to be treated for anxiety or depression and, as we build a rapport, the topic of food and his eating habits comes up. This is an instance where cognitive behavior therapy is a starting point; but as a result, I recommend further treatment.”

This may include a referral to a clinic for nutritional evaluation and monitoring. Intervention is crucial as long-term effects of anorexia include damage to the heart and digestive tract; to the kidneys due to dehydration; and to the endocrine system, which can cause a lack of menstrual period. Additionally, anorexia can cause bones to become fragile. “Lastly, all forms of anorexia can lead to the severity of death. These are just some of the reasons treatment is so important,” Morgan said. Outpatient therapy, in some cases, may not be appropriate. “If a child refuses to eat with intent to harm or kill themselves, they would meet the criteria for inpatient care.”

Parents, do not assume that your child cannot be affected by an eating disorder. “Eating disorders are not specific to any race, gender or sexuality,” Morgan said. Additionally, according to the National Eating Disorders Association, boys account for 25 percent of those with anorexia nervosa. Further, youth ages 15 to 24 with anorexia have 10 times the risk of dying when compared to their peers.

As parents, it’s important to promote a positive mindset toward food and body image. “I recommend a focus on health versus weight, and that parents stress positivity and not criticize their child’s body. Additionally, modeling body comfort is key. If you as a parent are anxious about your own body, connect with a medical professional to address the issue. It’s OK to encourage your child to be physically active. And be sure to compliment your child regularly. Social media plays a big part in how children think about their bodies, so be sure to talk about the images in media and on social media. Pay attention to your child, especially if you know he or she is being bullied, and definitely be aware of how you talk about food.”

This story is from:
SAVVYkids | March 2020
by Arkansas Times