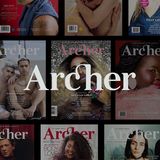 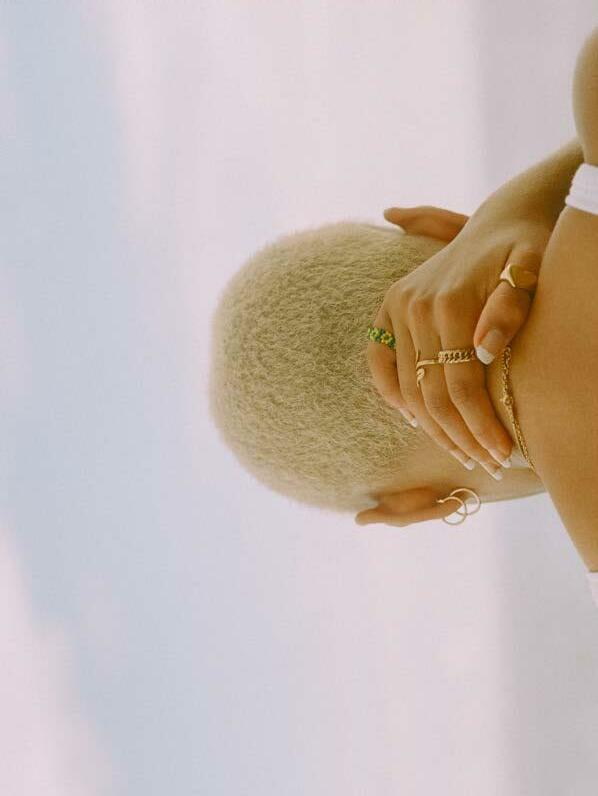 I don’t want to get married.

I’m a bisexual cis woman in a monogamous relationship with a cis man. As we appear straight, the societal assumption (expectation) is that I should want these things, especially kids.

I grew up thinking I would have children, that I would want them. In my early twenties, children were a part of my fantasy – an extension of lust and love for partners, whereby I could imagine a mini version of ‘us’. That faded to apathy by my late twenties.

Suddenly I was 30 and having conversations about fertility and the clock ticking, and it all became so practical. “If I want to have more than one child I’ll need to start at 33. Okay that’s three years from now, so how much will I need to save? And where should we live?” And none of it felt good or right. It felt hard, it felt suffocating, it felt like compromise.

REPRONORMATIVITY IS THE CONCEPT that all humans want to,

and should, reproduce. It is deeply subsumed within heteronormativity, and is rife in popular culture. It also significantly impacts our health care.

Since coming to the realisation that I don’t want children of my own, I have connected with other child-free-by-choice people and have been exploring the concept of repronormativity. It has been an exercise in self-education, understanding and acceptance, and it has revealed the pervasiveness of repronormativity and how harmful it can be.

To borrow from bell hooks, as a queer person I often find myself at odds with everything around me and I look for ways to create, speak and live that honour my identity/ies. I may resist repronormativity because it is bound with heteronormativity, though I don’t believe that’s the whole picture.

I don’t believe that wanting children or marriage is heteronormative; queer people can and should do whatever the fuck they want. Repronormativity, however, often dictates who can and can’t do what.

Let’s look at repronormativity as it relates to heteronormativity in popular culture. We’ve all seen the scene in the film where someone comes out to their conservative parents as queer, and the parents tearfully respond, “We’ll never have grandchildren.” The assumption appears to be that because many queer couples don’t have the compatible baby-making equipment, they cannot have children. Maybe a more progressive aunt or sibling will gently offer, “They can always adopt,” as though in order for a family to be complete it must have children, even if they are seen as ‘consolation’ children (not biological).

But for queer people, chosen family can be everything, and never a consolation.

Through socialisation and popular culture, I’ve learned that a typical heteronormative timeline looks something like this: Boy meets girl, they fall in love, and after months of fighting over whose house they’re going to sleep at, they decide to move in together. They save some money and get a little help from their parents to buy their first home. Then one day, as the final lick of paint has been applied to their freshly renovated home, he surprises her by getting down on one knee. With permission from her father (that he secured earlier), he asks her if she’ll make him the happiest man alive. She responds ecstatically, “Yes, yes, a thousand times yes!” A year of wedding planning passes and finally they marry. It’s the happiest day of their lives. They squeeze in a honeymoon before settling down and, what do you know, they’re pregnant! Nine months later comes the Instagram announcement: “And then there were three.” A couple of years later, when they have their second child, their caption reads, “Our family is complete.”

Life in five easy steps: find a relationship, obtain the seal of approval from family, buy your first home, get married, reproduce.

Queer people who pursue this narrative will often experience barriers and obstacles. Navigating gender identity and sexuality may be the first barrier. Many queer people may never be accepted by their family. Statistically speaking, queer people are more likely to live in metropolitan (read: expensive) areas and rent their homes. Sadly, many queer people are also in insecure work, making home ownership near impossible. Marriage equality only became legal in Australia in 2017 and there are still 69 countries

around the world that have laws criminalising homosexuality.

As for having biological children (for partners who don’t have a penis and uterus, respectively), it’s not impossible, but it is by no means easy. There is a lot of red tape and bureaucracy to navigate and the financial aspect is out of reach for most. Throw in a pandemic and a hold on IVF in Australia and many people will have missed their window. Adoption isn’t any easier – only 264 adoptions were finalised in 2020–21 and it’s unclear how many of the adoptive parents were queer. Adoption by same-sex couples has only been legally available in all jurisdictions of Australia since April 2018.

If I were single, or in a relationship with someone who had the same reproductive organs as me, the question wouldn’t be when I would be having children, but if and how. The assumption often is you either can’t because of the aforementioned barriers, or your lifestyle couldn’t possibly be conducive to raising children, therefore you’re not afforded that desire. Many queer people have thrown out the rule book, though, and in doing so have carved new pathways to creating a life for themselves, conceptualising new family models and ideas of home.

IN MY LATE TWENTIES I started to picture my life in a sliding doors kind of way. One life was beautifully wholesome with one or two children, breakfasts in bed, dress-ups and face paint. Maybe my kids were well-behaved, and we could still go out for dinner and travel. The other was all of those things, minus children, and if we were lucky, more travel, more dinners out, more money, more time for us or me.

At 30, my partner and I had a chat. He said, “I don’t think I’ll be ready to have children at 33,” which was my personal deadline to begin trying. I said, “Okay, when do you think you’ll be ready?” To which he replied, “I don’t think I will ever be ready.” I thought I’d feel sad, or scared – disappointed at least. I felt none of those things. Instead I felt free: I felt younger even though I wasn’t, I felt like I got my body back even though I’d never lost it, I felt richer even though I didn’t have any more money. I gained more in that moment – more than I’d lost.

I absolutely adore children – they’re so inspiring and funny and curious and intelligent and genuine in a way only children can be. I want children in my life. I want to hold them while my friend finishes their breakfast. I want to look after them so my friends can do whatever they want to do child-free. I want them to run away to my house because I’m cool Aunty Bree and their parents just don’t get it. I want to help them write their first CV or let them and their friends stay at my house while I’m away so they can get their first taste of independence. But I don’t want children of my own.

I’M IN THE fortunate position of being able to choose not to have children of my own. Heartbreakingly, there are so many barriers to queer people having children when they really want them. I wish every person who wanted a child could have one. The flipside of that is I hope that people who don’t want children don’t have them. No child wants to feel unwanted, or burdensome. Parenting is hard work – it’s one of the hardest jobs in the world with the longest tenure – and let’s face it, not everyone is qualified for it. I used to work for a global sexual and reproductive health organisation that is unapologetically pro-choice. I know the impact of choice for those who have it, and especially for those who don’t.

I grew up in regional Victoria, raised by a single mother who worked hard just to scrape by. American author Sarah Smarsh writes, “Poverty makes motherhood harder and motherhood makes poverty harder. Single mothers and their children are, by far, the poorest type of family in the United States.”

I think another reason why I don’t want children of my own comes from what I witnessed growing up: single motherhood and uneven labour division in households. Even if the parents were together, the fathers were mostly absent.

I feel relieved to have made it through high school without getting pregnant, knowing the cycle of poverty that would have perpetuated. Many of my peers left high school to have children. In the region I’m from, some doctors refuse to administer contraception or provide access to medical abortions for fear of backlash. Access to safe and affordable health care in regional areas remains scarce. This lack of access and choice is at the core of repronormativity.

Having children is the norm – you should want them and you should have them, no matter the cost.

I signed a petition to have IVF reinstated in Victoria in January 2022, adding my signature somewhat hastily because the friend who shared the petition recently conceived a baby via IVF. I want people like my friends to have the family they want.

However, re-reading the wording used in the petition, I was critical of its messaging that describes infertility to be “as stressful as a cancer diagnosis”, that it “increases anxiety and depression” and that “childless women are at higher risk of suicide and 13% of women going through IVF experience suicidal ideation”. This, to me, reads like infertility is a death sentence, which it is not. If we replace the word ‘infertility’ with ‘disability’, that logic is ableist.

Though an infertility diagnosis would no doubt be devastating, and the impact on a person’s mental health significant, infertility and being ‘childless’ should never be conflated in this way. More needs to be done to support alternative pathways to familymaking so that people don’t feel as though they are lacking or have failed. I would argue that one of the reasons why an infertility diagnosis may lead to suicidal ideation is not the infertility itself but the societal pressure for women to conceive lest they be seen as worthless.

THERE ARE MANY moving parts to why I choose to be child-free: a rejection of the heteronormative, my feminist discomfort in taking on more unpaid labour, my

own childhood traumas, climate change and the very real possibility that we may not have a future for our future generations. I also think that a big part of me choosing to be child-free is me saying to myself, I am enough – a message I haven’t heard a lot in my life and one I struggle to accept. Popular culture, family, friends, colleagues and strangers online consistently tell us we must have our own children in order to truly know love or feel fulfilled. The message we receive is that if we don’t, we will go without. Life for ourselves will never be enough; it’s selfish.

We have been sold a narrative that doesn’t serve or represent everyone. But we have the opportunity to rewrite it. What might it look like to queer repronormativity? I don’t have all the answers yet, but in the pursuit of living my life, and building a family, community and home that honour my identity/ies, I’m hoping to create ways that make me feel less at odds.

BREE TURNER is an Australian social researcher, writer and theatre maker currently based in Paris. Her research and creative practice often explores gender and sexuality, digital cultures and performativity, with the aim to produce work that provokes, educates and advocates for social change. Her forthcoming podcast ‘Repronormativity’, with co-producers Sam Wilde and Amruta Nargundka, is due for release in late 2022.