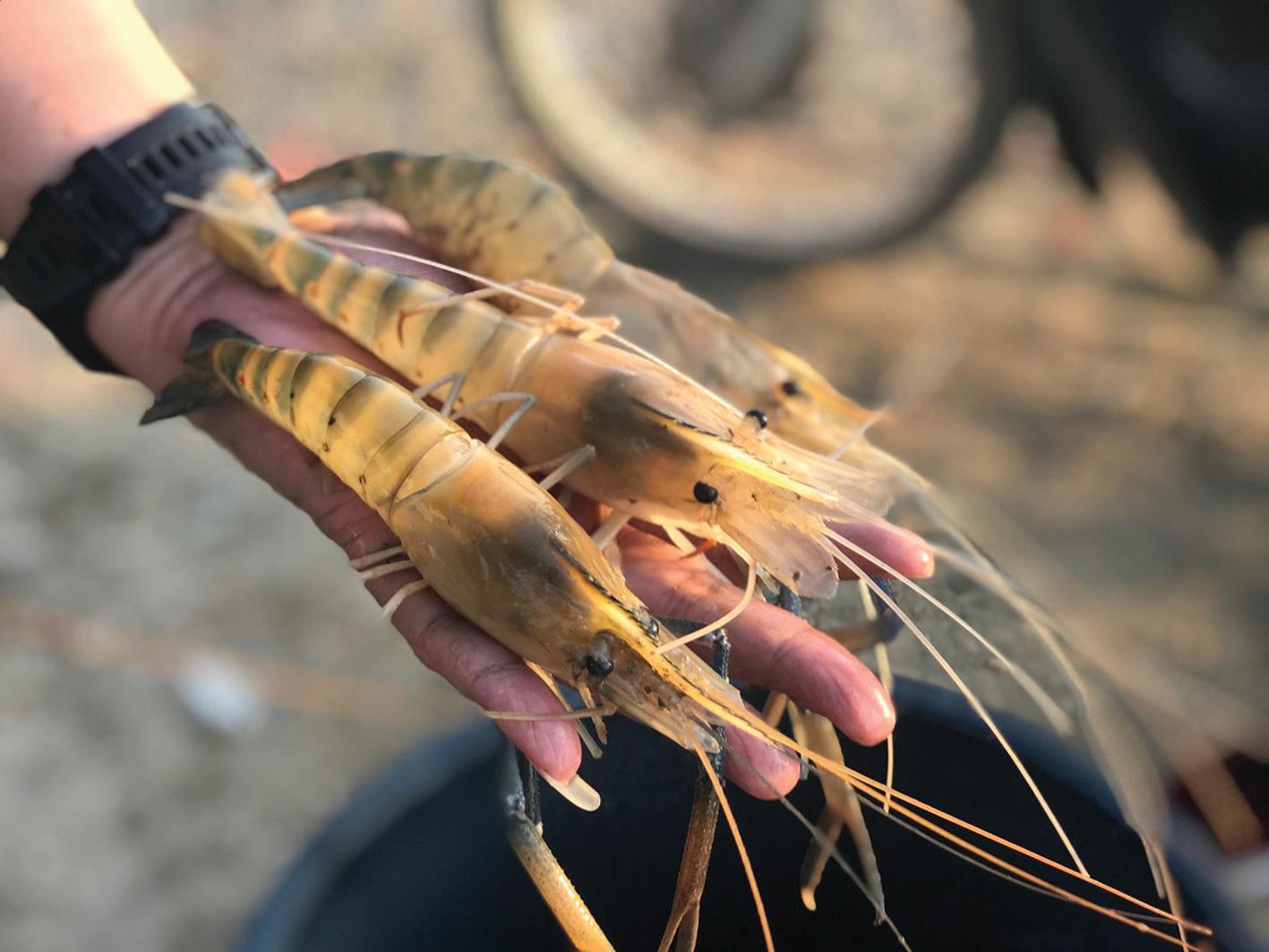 Freshwater crayfish are in increasing global demand. While global markets are large (US$7.6 billion), demand consistently exceeds supply. This is due to traditional production methods that are labor-intensive, seasondependent and fraught with inbreeding impacts (poor growth, survival and yield).

In addition, traditional seedstock (crayling) production for restocking requires the use of up to 30% of production ponds, significantly reducing production efficiencies. The outcomes have a direct impact on the industry’s ability to meet market demands and are unsuitable for

intensive production systems. A solution to this problem will revolutionize the redclaw industry and provide opportunities to capture significant unmet market demands.

ACH, a journey of innovation

Back in 2016, we strongly believed – albeit naively – that, if we only took over the hatching component from a local operator, we would achieve aquaculture Eldorado. After all, we had years of aquaculture experience, coupled with a strong science and research background and relevant biosecurity procedural know-how with which to solve the hatching part of the puzzle, which involved primarily advanced diagnostics and antibiotic-free disease treatment, and we hoped that all other parts of the process would fall into place. Little did we know we were just at the very beginning of an arduous journey of discovery and eye-opening operational experiences.

The plan involved sourcing a reliable supply of “healthy” eggs which the local operator would harvest and deliver at regular intervals. A steady supply of healthy eggs would’ve justified the investment involved in establishing our state-ofthe-art diagnostics lab and hatchery. Alas, it wasn’t to be. What we realized instead was that the further we progressed with our work, the more we found ourselves constantly redefining the concept of what constitutes a successful integrated aquaculture system for redclaw.

Early in the process, we identified two major obstacles impacting operational capacity and survival rates of our craylings: irregular supply of eggs and the state of “health” of the eggs we received. Further analysis of other components of the system revealed that the fishmeal-based diet we used to start with proved detrimental and actually exacerbated the poor health of the larvae. We were forced to rethink the operational paradigm in favor of a more intelligent and unifying solution involving all components of the system: broodstock genetics, egg supply, health and diet. At this stage, we’ve undertaken three strategic decisions: launch a high-tech selective breeding program, establish a controlled, intensive breeding facility and develop a fishmeal-free diet to suit redclaw at various life stages.

From decision to application

While initially our plans were limited to setting up an advanced SOTA diagnostics lab and hatchery, financial, spatial and temporal constraints have necessitated further out-of-the box solutions and, in line with our newly agreed-upon paradigm shift, we’ve opted to establish a world-first vertical breeding system for freshwater crayfish combined with our own high-tech breeding program and facility.

ACH’s initial foray into redclaw territory was the establishment of a state-of-the-art facility that included both a diagnostics lab and a hatchery. We then proceeded to develop proprietary technologies for the production and supply of craylings to address current production constraints, thus allowing farmers to efficiently plan stocking and harvesting according to market demand. The goal was to significantly increase efficiencies, outputs and ability to scale with market demand. Our solution aimed at eliminating the supply constraints associated with traditional production methods.

Disease is one of the major risks in all aquaculture sectors and ACH has the advantage of proprietary bacteriophage technology, a natural and sustainable antimicrobial, with which to manage and treat bacterial

Figure 2. Examples of redclaw eyed eggs (a), stage 1 hatchlings (b) and crayling ready for stocking into grow-out systems (c).

infections at all life stages (egg to farm) without the need for antibiotics.

The ACH team has developed production and RAS technologies relevant to a range of freshwater crayfish species including C. destructor, C. cainii and Procambarus clarkii. Since the beginning in 2016, production has increased more than tenfold – limited only by egg supply. The hatchery and larval rearing facility are fully climate controlled and can produce up to six million craylings per year with a footprint less than 100 square meters.

Commensurate with our new paradigm, we’ve moved ahead and erected our newly completed, fully climate-controlled breeding facility housing up to 2,000 broodstock crayfish with a footprint of less than 300 square meters (Fig. 1). Concurrently, we are establishing an intensive selective breeding program onsite to provide genetically superior craylings globally. The entire facility is modular, allowing full traceability from egg to farm, and is both scalable and replicable anywhere in the world.

ACH technologies target the establishment of intensive redclaw production farms (IRPF), considered a highly sustainable agribusiness, through integrated aquaculture and agriculture systems. The development of IRPFs can contribute to water efficiency objectives through multiple uses of water. In general, high production efficiencies are achievable, as wastewater from production can be used to irrigate another crop. This water is high in plant nutrients due to crayfish wastes and thus achieves two crops from a single unit of water. IRPF can also be considered a sustainable seafood system in the context of climate change and sustainability in relation to its low emissions compared with other agricultural land uses (e.g. beef), and it contributes to employment and education in rural and remote areas.

The role of nutrition in the new paradigm

Nutrition has a major impact on health and

survival. ACH has developed a fishmeal-free feed for crayfish hatchlings (no live feeds) and broodstock. The feeds are based on insect-derived protein which is produced onsite - maintaining a high level of biosecurity - and is both sustainable and renewable.

Preliminary trials have shown an increase in crayling survival from less than 50% to greater than 90% compared to traditional fishmeal-based larval feeds. In addition, an unexpected benefit was also quickly realized. The fishmeal-based feeds led to high ammonia levels requiring extensive biofiltration and water quality management to control. In contrast, using our Entomix diet, we recorded a dramatic reduction in ammonia – a significant bonus in RAS facilities, reducing labor and production costs.

ACH is currently undertaking high-level trials to investigate the effect of Entomix on broodstock health, fecundity and egg quality to further optimize our production technologies. Early-stage trials have shown great promise, with an average fecundity of 12 eggs per gram of female and greater than 95% egg survival to hatch.

ACH is currently seeking strategic partners to realize the following goals: - Erect and operate the world’s largest network of vertical breeding facilities for redclaw with an annual capacity of 50 million eggs. - Further develop and produce its advanced fishmeal-free aquafeed for both commercial and private customers. Please contact us for further information.

Learn more about the

This story is from:
HATCHERY Feed & Management Vol 8 Issue 2, 2020
by Aquafeed.com