In just a few years, Sydney-based Eartheye Technologies has built a business providing satellite and data services to a range of customers around the Asia Pacific and Japan region. Now the company is about to roll out a platform that will allow subscribers to task directly a particular satellite or a constellation from multiple constellations to collect a specific set of data at a time, place, and price point that suits the user.

“I know it’s a cliché, but we are building a platform that is for everybody, we are democratising Earth observation,” says Shankar Sivaprakasam, founder of Eartheye Technologies. “It’s for power users and novice users … everybody gets access to their data and more importantly, everyone gets answers to their questions.”

The MVP launch of the platform will occur before the end of 2022. Sivaprakasam likens the new platform to Google Maps that so successfully took the complexity out of getting from A to B. While the user might get a few choices, the user will also be presented with the fastest and most efficient route. “That’s the kind of experience we want to make available,” he said. “What we are doing is a simple three-step process to get you your data and your answer – with no humans in the loop.”

The platform will offer a subscription service via a web app to satellite data across a range of constellations and operators. The simple three-step interface allows users to specify what data they want from what satellite. The service will come with multiple price points but will have options available that make it a viable choice for sole traders and small businesses.

“Whenever you use the platform, you are literally tasking the satellite by yourself – you’re sending your order to the satellite of your choice, and then you get data or request for answers in your context.”

Sivaprakasam says while there are several Earth observation solution companies out there, the process of accessing satellite data and services have traditionally involved some friction. He says the Eartheye platform is all about removing that friction and delivering user efficiency and delightful experiences. “That’s what we will deliver across the board, whether it is defence intelligence, geosciences, emergency services, financial services or a farmer who wants to see what’s happening. I can get the answers and go away, or I can also see the analysis behind the answers.”

“It’s for power users and novice users … everybody gets access to their data and more importantly, everyone gets answers to their questions.”

The company is initially rolling out the MVP platform to existing Eartheye Technologies’ customers in Australia as well as customers in India, Southeast Asia, and North Asia. The plan is for these existing customers to jumpstart the platform, before, to quote Sivaprakasam, “we scale like hell.”

To date, Sivaprakasam and a business partner have brought the platform to a viable product stage using their own resources, but now they have got there, they are eyeing available government grants and private capital to help fund growth with proof of product/market fit.

Singapore national, Sivaprakasam sees Sydney and the Asia Pacific region in general as a good place to be for Earth observation companies. By 2030, the Earth observation market is forecasted to be worth around US$8 billion and after the US, the Asia-Pacific is the second largest market. He also thinks he’s on a safe bet with the platform, with Earth observation data playing an increasingly large role in our day-to-day lives.

“We won’t even notice it, but it’s going to be there and helping us in our lives. It’s going to get embedded and ingrained – it’s got huge potential.” 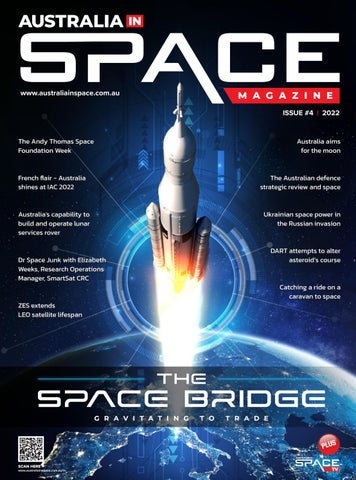