Relative Influence of Orthotic Support Features Within an Open-Frame AFO vs. a Total-Contact AFO on Function, Endurance, and Activity Level in Patients with Spastic Equinovarus Secondary to Chronic Stroke 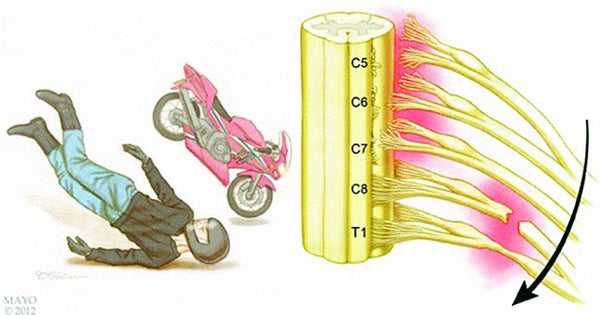 Relative Influence of Orthotic Support Features Within an Open-Frame AFO Versus a Total-Contact AFO on Function, Endurance, and Activity Level in Patients With Spastic Equinovarus Secondary to Chronic Stroke

Introduction Approximately 795,000 people experience a stroke every year in the United States. 1 Many people suffering from common neuromuscular disorders, including stroke, have secondary gait impairments. Studies have recommended a variety of ankle-foot orthosis (AFO) stiffnesses, in both plantarflexion and dorsiflexion, to compensate for the biomechanical deficits associated with some neuromuscular conditions. 2-9 A previous pilot study demonstrated the effects of incrementally manipulating three key sagittal plane characteristics: the resistance to dorsiflexion, resistance to plantarflexion, and initial ankle alignment. 10 Data suggests that these three variables, when isolated from one another, may have predictable and systematic influences over sagittal gait kinematics.

While some research has been conducted to expose the effects of AFO properties related to sagittal plane mechanics, anecdotal evidence strongly suggests that a properly fitting orthosis with effective triplanar control is important in the success of the orthosis treating these biomechanical deficits. This is especially true for patients suffering from neuromuscular conditions who have triplanar involvement and tone, where the sagittal plane influence of

the orthosis may be biomechanically coupled to the support of the foot and ankle in other planes and also may indirectly influence kinematics up the kinetic chain to the knee and trunk.

Open-frame custom AFO designs are used in a variety of applications. These open-frame designs offer many benefits over total-contact designs. Open-frame AFOs are much lighter weight than total-contact AFOs and are less bulky. Decreased bulk of the footplate allows for more intimately fitting shoes to be worn. The contact area also is minimized, allowing for volume fluctuations and breathability. These orthoses are typically easier to don due to their lower profiles, which may be an advantage for neuromuscular patients who could potentially also have upper-extremity involvement. Despite the wide range of benefits for these open-frame orthoses, their effectiveness at controlling the triplanar postural deficits of spastic equinovarus has not been rigorously evaluated. Specifically, the features of the orthoses that may impact their efficacy have not been explicitly identified. This study focuses on the relative influence of one orthotic support element, the supramalleolar extension, 11 with the intent of broadening the base of knowledge of this feature’s effectiveness in controlling spastic equinovarus.

Patients Two patients were recruited for this pilot study. Each patient was wearing an AFO daily at the time of recruitment. Patients were independent ambulators without an assistive device as well as with and without their AFO. See Table 1 for specific patient characteristics.

Apparatus Patients wore three different orthoses during the course of the study. The first orthosis tested was the patient’s own orthosis that they had been wearing prior to enrollment in the study. This will be referred to as the polypropylene AFO (PP AFO). This orthosis was not the focus of this study, but use and outcomes were measured against this orthosis as a basis for comparison. This aided in determining which measures were sensitive enough to detect differences among conditions. The overall design of this orthosis was not controlled but was very similar for both patients. The PP AFOs were total-contact, polypropylene, articulated AFOs with a posterior calf shell, free-motion thermoformable joints, and a fixed plantarflexion stop. Patient 1’s PP AFO had a padded lateral supramalleolar trim line and a sulcus length footplate, and the posterior stop

The second orthosis will be referred to as the total-contact triple-action AFO (TC TA AFO); see Figure 1a. This AFO was a custom hybrid doubleupright AFO. It was fabricated using wet lamination, carbon fiber, and acrylic resin to provide a rigid structure, which isolated the control of sagittal stiffness and ankle alignment to the ankle joints. Triple-action ankle joints were used to facilitate optimization of sagittal plane mechanics including plantarflexion resistance, dorsiflexion resistance, ankle range of motion, and ankle alignment. The TC TA AFOs had a total-contact pretibial shell and lateral supramalleolar extension. The footplate incorporated all clinically relevant contours to manage the patients’ foot posture. Patient 1 required the use of two triple-action ankle joints to provide adequate active influence over sagittal plane kinematics, while Patient 2 required only one triple-action ankle joint and a single-axis companion joint medially.

The third orthosis will be referred to as the frame triple-action AFO (F TA AFO); see Figure 1b. This orthosis was fabricated exactly the same as the TC TA AFO, with the exception of a flat footplate attached using a caliper plate to the ankle joints and minimal contact trim lines. The only coronal support element present in the F TA AFO was the lateral supramalleolar extension and associated three-point force system.

Each patient was provided with New Balance model 813 shoes. These shoes were chosen based on several factors, including high bending stiffness of the sole, outsole rocker profile, limited outsole compressibility, and a wide/ deep toebox.

StepWatch activity monitors were employed to measure relative activity while wearing the AFOs during the testing period. StepWatches have been previously used to investigate activity level after stroke and have been proven to be reliable with this population. 12,13

Superscripts indicate a significant difference (P < 0.05) from the No Brace (NB), PP AFO (PP), TC TA AFO (TC), and F TA AFO (F) conditions. The 6-min WT was only performed once per condition.

Outcome Measures and StepWatch Variables for Patient 2 Superscripts indicate a significant difference (P < 0.05) from the No Brace (NB), PP AFO (PP), TC TA AFO (TC), and F TA AFO (F) conditions. The 6-min WT was only performed once per condition.

Two different survey instruments were used. The first was a modified version of the Prosthetic Evaluation Questionnaire (PEQ), 14 which we refer to as the “OEQ.” Questions from Groups 1, 4, 6, and 7 of the PEQ were used, and the term “prosthesis” was

*The F TA AFO condition was not tested outside the office due to donning issues.

replaced with “orthosis.” It also was changed from a time frame of four weeks to two weeks. The second survey was the Quebec User Evaluation of Satisfaction with Assistive Technology (QUEST) 15 with the “Services” section omitted. Procedures Each patient was evaluated and their affected lower extremities were cast. The two customAFOs previously described were fabricated. The frame and total-contact AFOs were checked to ensure nearly identical dimensions and ankle joint placement. Emphasis was placed on proper modification and implementation of the lateral supramalleolar extension on both orthoses such that both orthoses derive similar support from those features. The orthoses were fit by an experienced and certified orthotist. The optimal ankle joint settings were determined based on the manufacturer’s standardized optimization procedure.

For each orthotic condition, the patients wore StepWatches for at least 12 days. They wore one StepWatch on the shoe of their uninvolved limb and one on their AFO.

test (10-m WT), six-minute walk test (6-min WT), and stride length. Walking tests were administered over several visits to reduce fatigue. The OEQ was administered in written form for each condition directly after the StepWatch data collection period. The QUEST was administered verbally with all three tested AFOs visible at the end of the study as a means of direct comparison for all conditions.

Results The results of the study are detailed in Tables 1 through 5.

Patient 2 had slightly less agreeance in results. At the time of data collection, Patient 2 was unable to independently don the F TA AFO. This was due to her upper-extremity deficits as well as the necessary change to her donning habit. With the F TA AFO, she was required to insert the AFO in the shoe before donning. This change in donning procedure discouraged her from using the F TA AFO during the study. For this reason, StepWatch data was not collected for this condition. Patient 2 had the farthest 6-min WT distance and the longest stride length with the F TA AFO. Her 6-min WT distance was very similar between the PP AFO and TC TA AFO conditions, but her stride length was longer with the TC TA AFO compared to the PP AFO. Her 10-m

*The F TA AFO condition was not included in this comparison as this patient did not wear it outside the office.

One question related to the use of the StepWatches was choosing appropriate output variables for comparison. For both patients, it was discovered that stride length as measured in the clinic changed depending on orthotic condition. Many of the StepWatch output variables do not take stride length into account. This could have important implications. If patients can walk the same distance in fewer steps, it may appear as though their activity level has either remained unchanged or decreased if only the number and frequency of

steps are considered. For these two patients, minutes of activity per day and the distance calculated from stride length and steps per day seemed to best reflect the functional differences that were measured by the other outcomes and the survey.

In addition to the functional measures, it was important to acquire subjective feedback regarding the AFOs, with the goal of determining whether the results of the functional measures aligned with how the patients viewed the orthoses. Initially the OEQ was used to collect information regarding specific aspects of the orthoses. However, this questionnaire is rather lengthy, and did not seem to be an effective means for these patients to compare the orthotic conditions. The second survey instrument, the QUEST, while simpler, seemed to be more sensitive to variables of interest.

From a simplicity standpoint, to determine the patient’s activity while wearing a specific AFO, a StepWatch would be attached directly to the AFO. However, it has been determined based on previous research that StepWatches are 98 percent accurate on the leastaffected limb and only 92 percent accurate on the most-affected limb after stroke. 12 Therefore, to determine activity, one StepWatch was attached to the AFO, and an additional StepWatch was attached to the patient’s least-affected side. The data from the AFO StepWatch were used only to determine when the AFO was worn, and the data from the second (least-affected side) StepWatch were used for analysis of activity.

Conclusions The results of this pilot study suggest that for these two poststroke patients presenting with swing phase equinovarus, open-frame AFOs may be equally effective to total-contact footplate AFOs in increasing subject activity level, endurance, and step length. The StepWatch activity monitor, 6-min WT, and 10-m WT may be useful outcome measures, sensitive to the orthotic condition for this patient population.

EDITOR’S NOTE: This research was funded in part by an AOPA Research Award administered by the Center for Orthotics and Prosthetics Learning and Outcomes/ Evidence-Based Practice.

10. Janka B. The Effects of AFO Stiffness and Alignment on Lower- Extremity Kinematics in Stroke and Multiple Sclerosis. Thranhardt lecture presented at: AOPA National Assembly 2016.