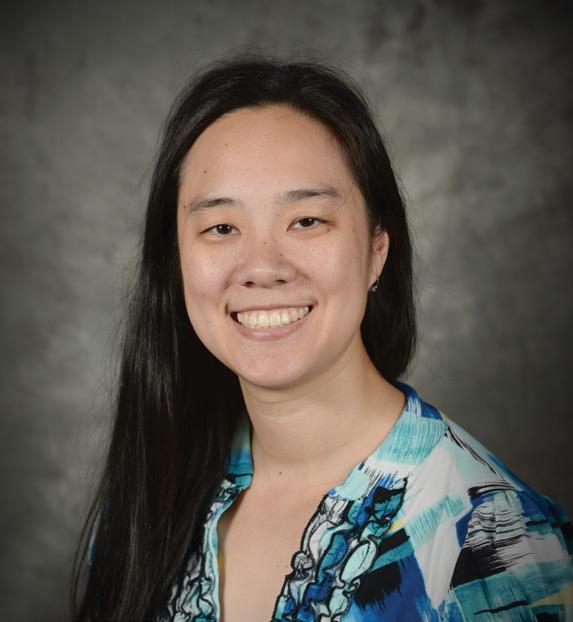 Bioengineers from the University of Pittsburgh Rehab Neural Engineering Labs are studying how adding brain stimulation that evokes tactile sensations makes it easier for a prosthetic user to manipulate a brain-controlled robotic arm. The research team experimented with supplementing vision with artificial tactile perception and found that it could reduce time spent grasping and transferring objects by half.

“The primary goal of this study was to evaluate whether restored sensory feedback improved the ability to use a brain-computer interface-controlled robot for functional tasks involving picking up and transporting objects,” explained Jennifer Collinger, PhD, an associate professor at University of Pittsburgh’s Department of Physical Medicine and Rehabilitation and a study author.

In the experiment, Nathan Copeland, who has tetraplegia, used an implanted bidirectional brain-computer interface that recorded signals from the motor cortex to enable control of the robotic arm and provided sensory feedback about grasp force by stimulating electrodes implanted in the somatosensory cortex, the area of the brain that typically processes signals related to touch. After the arrays, which enable him to receive tactile feedback, were implanted, Copeland was able to pick up and transfer various objects from a table to a raised platform twice as fast compared to tests without stimulation.

since there was little to no learning required to use the system,” said Collinger. “The performance improvement with sensory feedback was immediate. We saw that completion times on a clinical assessment of upper-limb function, the Action Research Arm Test, improved significantly from a median time of approximately 20 seconds to 10 seconds.” The researchers noted that the performance improvements came from a reduction in the amount of time spent trying to grasp the object, “which is when we would expect tactile information to have the largest impact,” she said. “Intracortical brain-computer interfaces can enable sophisticated control of a robotic arm that allows a person with upper-limb impairments to pick up and manipulate objects, and this ability is significantly improved when we provide sensory feedback about the forces experienced in the robotic hand,” added Collinger. The study, published in May in Science, supports further development of bidirectional brain-computer interfaces such that they can be translated into clinical use, she says. “Our work so far has been conducted with people with tetraplegia due to spinal cord injury. For people with limb loss, a brain-computer interface would have to deliver a significant improvement in function over nonimplanted methods such as myoelectric conCopeland uses the brain-computer interface to control the trol,” Collinger said. “For individuals with very high-level robotic arm to perform reaching and grasping tasks. arm amputations, current control options are limited.”

Robert Gaunt, University of Pittsburgh associate professor, touches the fingers of the robotic hand, which Copeland can “feel.”

AFOs Have Positive Impact on Older Adults With Balance Issues

A new study published in Canadian Prosthetics & Orthotics Journal demonstrates the usefulness of ankle-foot orthoses (AFOs) on older adults with balance impairment. Researchers from the Department of Rehabilitation Therapy at Queen’s University in Kingston, Canada, conducted a scoping review of the literature related to adults over age 65 with dropfoot or sensory deficits in the lower-extremity who were treated with AFOs.

The researchers, led by Jenna Laidler, undertook the study with the recognition that falls are a serious cause of injury and death in the senior population. While many older individuals are fit with AFOs to aid in balance during walking and standing, there have been concerns about AFOs possibly restricting natural movements or interrupting sensory feedback from the lower leg and foot.

The research team identified 11 articles that met their inclusion criteria, and found that AFOs have a generally positive impact in four ways: They improve lateral stability, improve balance under static conditions, provide a reduction in postural sway, and increase walking speed in communitydwelling older adults. “These findings suggest that AFOs have a largely positive impact on the balance of older adults,” reported Laidler, “and can be considered to help improve balance in certain patient populations.”

Individuals who were assessed at the K2 functional level were found to experience improvements in gait performance, safety, and reported measures when using a microprocessorcontrolled knee, according to a study published in May in the Journal of Neuroengineering and Rehabilitation.

Researchers from the Shirley Ryan AbilityLab and Northwestern Feinberg School of Medicine, led by Chandrasekaran Jayaraman and Chaithanya K. Mummidisetty, conducted a 13-month longitudinal clinical trial to determine the benefits of using a C-Leg and 1M10 foot in 10 individuals at K2 level with transfemoral amputation due to vascular disease. Participants spent six months using a microprocessorcontrolled knee with a standardized 1M10 foot, and six months with their predicate nonmicroprocessor-controlled knee and a standardized 1M10 foot. The researchers assessed both clinical outcomes and self-reported outcomes, and found that “statistically significant and clinically meaningful improvements were observed,” and that “most participants were able to achieve higher clinical scores in gait speed, balance, self-reported mobility, and fall safety,” while using the microprocessorcontrolled knee with the 1M10 foot, according to the journal article.

Potential contributing factors for the observed improvements, according to the authors, include the sensors at the knee that provide feedback on dynamic ambulation conditions to the microprocessor, which provide a more stable and modulated gait, as well as the advanced functionality of stumble recovery to reduce fall risk. “We hope our study will further strengthen the evidence base and potentially impact policy-level decisions to improve healthcare access in K2-level transfemoral amputees” who are currently using a nonmicroprocessor-controlled knee, said the authors.

A computer mouse that is compatible with prosthetic hooks has been unveiled by scientists at the Human Engineering Research Laboratories (HERL), a collaborative effort between the VA Pittsburgh Healthcare System and the University of Pittsburgh. HERL Director Rory Cooper, PhD, worked closely with Army and Coast Guard veteran Dave Riley, a past national commander of Disabled American Veterans and a quadruple amputee, and several other team members in designing the mouse.

The cost-efficient mouse is shaped like a pyramid and elevated a few inches in the back; it provides a space for a user to rest the wrist area of a prosthesis. In the front, the hook can drag a cursor and click right and left. The design team developed both right-handed and left-handed versions. Users have provided positive feedback, stating that the mouse gives them more control on the computer, according to the researchers.

HERL has 3D-printed more than 100 of the prosthetic mice. The devices are currently in use by patients with limb loss at the James A. Haley Veterans’ Hospital; the Center for the Intrepid; and Walter Reed National Military Medical Center. HERL is working with VA’s Technology Transfer Program to license the specialized mouse.

“Estimates based on the National Inpatient Sample showed that

diabetes-related nontraumatic lower-extremity amputation (NLEA) rates declined among hospitalized patients between 2000 and 2009, followed by an increasing NLEA rate between

2009 and 2015. … The recent increase in NLEA rates among privately insured adults with diabetes was driven by minor amputations and men aged 45–64 years old.”

—“Trends in Nontraumatic Lower-Extremity Amputation Among Privately Insured Adults With Diabetes in the U.S., 2004-2018,” Diabetes Care, May 2021.

O&P facilities will likely be seeing more patients who have health insurance coverage through the Affordable Care Act (ACA). The Health and Human Services Department released a report in June noting that a record 31 million Americans were covered via the ACA as of February 2021.

That number comes from four sectors: 11.3 million who are enrolled in Marketplace plans and 14.8 million who are newly enrolled in Medicaid through the ACA’s expansion of eligibility. In addition, 1 million individuals were enrolled in the ACA’s Basic Health Program option, and an additional 3.9 million “previouslyeligible” Americans gained Medicaid coverage “due to enhanced outreach, 31 million Americans were covered through the ACA as of February 2021 streamlined applications, and increased federal funding” under the law.

“All 50 states and the District of Columbia have experienced substantial reductions in the uninsured rate since 2013, the last year before full implementation of the ACA,” states the report.

The Orthotic and Prosthetic Group of America (OPGA) issued a call for nominations by July 9 for its 2021 O&P Woman of the Year Award. The annual award, organized by OPGA, is open to all women who work in the profession. Nominators were encouraged to provide examples of how the nominee has made significant contributions throughout her career to serve her patients, community, business, and the O&P profession.

“We’re excited to continue recognizing the women in O&P who create impactful and positive experiences for the patients and communities they serve. We hope to not only highlight existing leaders, but also inspire action and mentorship to grow the O&P architects of tomorrow,” said Todd Eagen, president of OPGA, a division of VGM & Associates. “There are so many deserving candidates out there.”

In 2020, Kathleen DeLawrence, chief operating officer of Ability Prosthetics and Orthotics, was selected from a group of outstanding women as the fourth O&P Woman of the Year.

The 2021 O&P Woman of the Year Award winner will be selected by a committee of O&P professionals and announced during the AOPA National Assembly in September.

This story is from:
June July 2021 O&P Almanac
by AOPA