from Heather's portfolio
by heather_benn 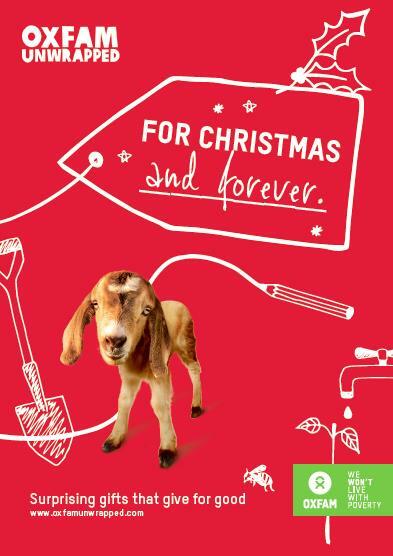 Context Oxfam Unwrapped income is in decline. The brand has been under-invested in, and the focal Christmas campaign has been unchanged for years.

Data indicates that a high value segment delivers 40% of the product revenue – however these supporters’ needs are not recognised in campaigns.

• Reverse sales decline, increasing sales by 4% via the 2017 Christmas campaign

Messaging targeted at the widest possible audience, with no differentiation

High value proposition focuses on impact – based on significant testing.

Incentive-led propositions remain, but as a secondary focus to drive conversion.

Results The campaign strategy increased both income and supporter retention.

This story is from:
Heather's portfolio
by heather_benn