The Coral Restoration Project on the Island of Bonaire 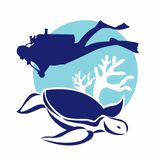 from 'Divers for the Environment September 2020' 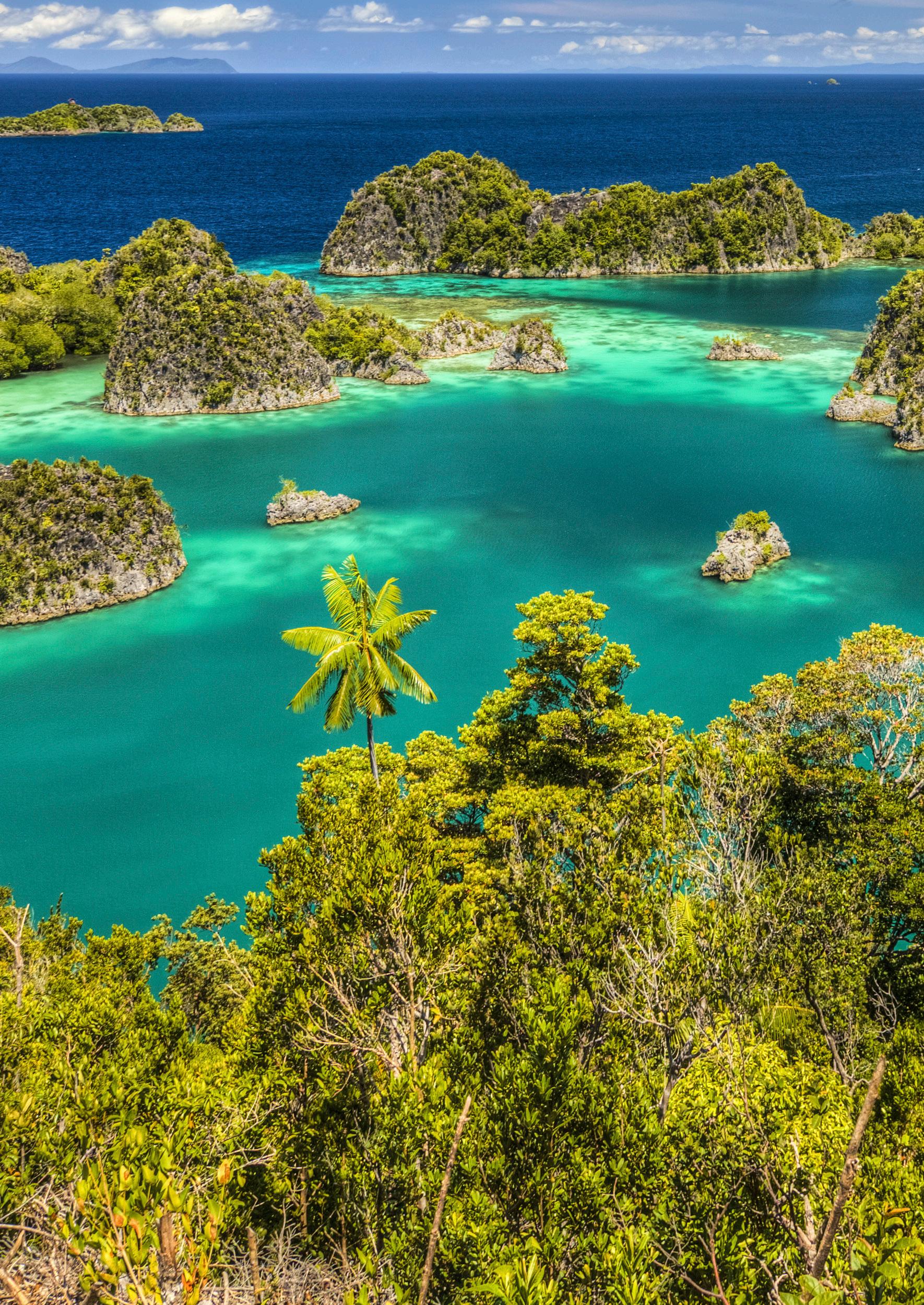 The ocean is vast, but it is vulnerable. We have not even explored 5% of the world’s oceans, and yet we’ve systematically destroyed 90% of the species in it. In Bonaire, Netherlands Antilles, a successful project of “coral restoration” has been in process for the last 7 years. Bonaire’s marine park is a hot spot for marine biodiversity in the Caribbean, and its economy is based on scuba diving tourism.

The Caribbean’s reef has declined since the 70s from 50% of live corals, to 8%, but there are new hopes from a clever project that is giving back – at least in part – to the original look of the shallow reefs.

Reef Renewal Foundation Bonaire (RFFB) is formed by a team of scientists, divers and volunteers who have put their efforts and skills together to conduct the project. The coral nurseries are rows of “trees” that are tethered to the seabed with sand anchors and buoyed with floats that sit just below the surface. Each tree holds a unique genetic strain of coral (genotype), and a “full” tree can hold anywhere from 100 to 160 corals.

Coral restoration means moving nurseryreared corals to restoration sites. After six to eight months of growing in the nursery, the corals become healthy and mature enough to be transplanted to a restoration site. Since the first outplant 5 years ago, the results today are very successful: the restored coral patches have grown fast and colonised back onto the degraded areas, and the corals (Staghorn and Elkhorn sp.) have been successfully spawning for the last 2 years.

This pristine coral garden is on the windward side of Bonaire (image on previous page).

The ecosystem on the leeward side which is inhabited by humans, suffers greatly due to many reasons, but the human impact surpasses most. Unlike the leeward coast of Bonaire, the windward side is constantly beaten by strong winds and heavy underwater currents, and has zero human impacts. When nature makes it difficult for us to reach it, it remains beautifully intact.

An overhead view of Bonaire’s south coast in the Netherlands Antilles, where coral reef degradation is already an ongoing process.

Entirely surrounded by a coral reef belt, the small Caribbean island of Bonaire – a marine park since 1979 – is facing a progressive coral degradation due to many different factors, both natural and anthropic. From hurricanes to excessive construction, the thin line of the natural balance is taken over, but action and restoring projects are already in progress.

A diver swims over an empty, degraded coral reef site in the coastal waters of Bonaire. Conservation International considers the waters around Bonaire to be a hotspot of Caribbean biodiversity, but on the leeward coast of the island, some sites are exposed to dust coming from the ongoing coastal construction, and the corals are progressively suffocated by it. The particles of dust blow onto the reef line and once in the water, they cause many complications for the corals with risky consequences.

Marine biologist Francesca Virdis investigates new possibilities for coral renewal using a photogrammetry software to recreate a 3D model of a restoration site for elkhorn coral. In this way she can evaluate the measures to take and make an efficient action plan.

Two species are taken into consideration at the moment: the staghorn coral and the elkhorn coral. These two species are the most vulnerable in the shallow waters along the island coast due to the impact of natural causes such as hurricanes and human activities.

One of the artificial coral trees seen on the right, holds a unique genetic strain, or genotype of coral in the nursery site. The coral nursery trees are the solution that have been adopted in order to hold fragments of corals that will grow to reach a certain dimension under the supervision of the biologists until they are outplanted in the “restoration site”. A “full” tree can hold anywhere between 100 to 160 fragments of corals.

This large staghorn and elkhorn coral nursery (seen in the background on the following page) is in Kleine Bonaire. The Reef Renewal Foundation Bonaire currently takes care of 8 nurseries with over 115 “trees” in total.

The project’s scientific dive team are ready to get in the water for the weekly operation on the coral restoration and nursery sites of Bonaire. The Renewal Reef Foundation’s coordinator, Francesca Virdis and her team are equipped with their working tools to get the water data and samples needed for the study of new outplanting techniques.

A team member performs one of the daily routine tasks on the fragments of coral on one of the coral trees. New algae grows on the structures and attacks the corals each and every day, and if not cleaned, they can suffocate them. Both the coral nursery and restoration sites are monitored regularly to check on the overall survival, including diseases, damages, predation, tissue paling, and broken branches to name a few. In nurseries, this helps control and prevent issues before they occur.

A team of divers at work on a “coral tree”. After 4 months of assisted “propagation of the staghorn and elkhorn corals’ fragments in the “coral nurseries” site, scientists harvest and tag the regenerated fragments in order to outplant them in a specific site for the final “coral restoration”.

A Marine Biologist busily outplants and monitors the staghorn coral’s new clones at the restoration site. The square bamboo frames used as a structural support for the coral growing is one of the methods used by the scientists to outplant the single branches nursed previously on the “coral trees”. Each new single branch is fixed onto a bamboo structure and will fuse with the one next to it. The structure will dissolve in a few years leaving only the new grown coral patch.

A comparison between a 5 year old staghorn coral restored patch and a freshly outplanted new colony where the squared structure holding the new fragments is still visible.

The project coordinator discusses an action plan with the project team and volunteers. Reef Renewal Foundation Bonaire protects and restores coral reefs in Bonaire by developing new and innovative ways to restore reefs that are supported by research collaborations and are shared worldwide through training, by engaging and inspiring local and international communities through volunteering, educational events, and outreach demonstrations that prove there is still hope for coral reefs through community efforts.

Trained volunteer divers are a vital part of the support to the coral restoration project. The project’s scientific team involves a large community of divers to actively participate in the maintenance of the coral trees of the nurseries, so each volunteer receives specific training in order to carry out the necessary work required. Coral restoration means moving nursery-reared corals to restoration sites. After six to eight months of them growing in the nursery, corals are healthy and mature enough to be transplanted to a restoration site.

These 5 year old Staghorn corals are restored and healthy. Since 1980, large populations of Staghorn and Elkhorn corals have collapsed throughout the Caribbean from disease outbreaks with losses compounded locally by hurricanes, increased predation, bleaching, elevated temperatures, algae overgrowth, and other factors. The project’s results have been successful since the beginning of the restoration project, with a few of the degraded areas almost restored, and other areas are expected to potentially recover in the near future.

Marine Biologists are present at a Staghorn coral spawning event at night. Following the specific local prediction tables for coral spawning (the reproduction), the team monitors one of the restored coral sites (a 5 year old patch) during this unique event that occurs only 2 or 3 nights during the entire year and for only 30 minutes at a time. Spawning of restored corals is the last ring in the chain of the project that confirms a successful ending of a cycle.

Marine Biologists take part in collecting coral capsules during the spawning event. The coral capsules contain fertilised eggs and sperm. By collecting them, mixing them together and releasing them back into the water, the biologists are able to help the corals’ reproduction and diffusion by increasing the fecundation by a huge percentage. The assisted fecundation is an extraordinary technique to speed up the reef’s recovery and rebalance the loss of coral from the environment that has occurred over the last 50 years.

Dr. Francesca Virdis tags the fragments during the harvest. Each fragment is catalogued with the location of provenance, nursing time, nursing tree, date of harvest, and date it is outplanted. Scientists can then recognise each outplanted fragment and monitor its status through the different stages.

The coral fragments are ready to be transported to the boat headed to the final restoration site.

Immediately after the fragments are harvested from the trees in the nursery, they are quickly transported to the restoration site in order to be outplanted. This is a delicate operation as the corals are fragile and have to be handled with care on the boat and during the transfer.