Breaking Ground for the New Academy 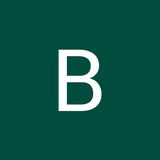 from Flags Magazine - March 2020
by AIIAS

AIIAS Academy’s high school has for years been housed in classrooms, which are in the AIIAS Gymnasium. A facility more conducive to rigorous study was urgently needed. On November 15, 2019, AIIAS celebrated the groundbreaking ceremony for the new AIIAS Academy high school building, a two-story structure that will fit the style of other AIIAS buildings.

Attending the ceremony were guests from the Seventh-day Adventist Church world headquarters, the Southern Asia-Pacific Division, and the whole community of young AIIAS Academy scholars and their teachers.

President Ginger Ketting-Weller introduced the members of the Building Committee and the architect, Angusto “Augie” dela Paz, who will also serve as general contractor during the construction phase which is well underway. Building plans were described by Jim C Weller, AIIAS Academy principal. He described the three new science laboratories, computer science room, MakerSpace, ESL room, library, a large common meeting area, and rooms for learning home crafts like cooking and sewing, and labor skills such as electrical and plumbing. The crowd of AIIAS Academy students cheered as each room was described.

Two books were buried under the center of the future building to symbolize the school’s philosophical foundation. The Bible was opened to Psalm 127:3 which states, “except the Lord build the house, they labor in vain that build it.” Ellen G. White’s book, Education, was opened to page 30 which Weller read in a slightly modernized version. It states, “in the highest sense, the work of education and the work of redemption are one, for in education, as in redemption ‘no other foundation can be laid than has already been laid, that is, Jesus Christ.’ (1 Corinthians 3:11)”

Through donations given by the Seventh-day Adventist Church world headquarters, Northern Asia-Pacific Division, Southern Asia-Pacific Division, and other friends and families from AIIAS, the construction of the academy building has begun. Footings are being poured and columns will soon rise. The goal is to finish building the school in the first week of August this year.

This story is from:
Flags Magazine - March 2020
by AIIAS