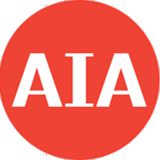 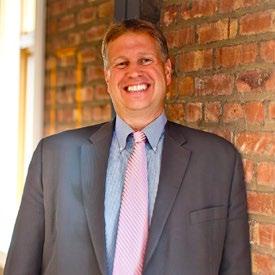 Reimagine America’s Schools (RAS), a project of the National Design Alliance, works in partnership with educators, technology experts, and design professionals to create new models for learning environments. The program works to leverage public funds invested in school construction and modernization to support new ways of learning in our educational facilities. In 2020, in response to the pandemic and social and racial upheaval, Reimagine America’s Schools engaged in conversations on how these disruptions might change public schools and how the design of the learning environment must also evolve to support these changes. Prior to this, RAS was a “boots on the ground” organization, hosting design charrettes across the country. When circumstances allow, RAS will continue their in-person work to promote their mission to reimagine what is possible for our educational spaces.

In 2019, Reimagine America’s Schools partnered with Pittsburgh-based Remake Learning to host the Blueprint for Learning grant program. Through this program, sixteen organizations and agencies in the western Pennsylvania region each received a $50,000 grant to redesign a portion of their space in support of Active Learning, Learner-Centered, and Next Generation learning initiatives. The sixteen groups—members of the Blueprint for Learning cohort —were comprised of school districts, after-school organizations, libraries, museums, and other community-based educational programs. Each cohort team had to demonstrate the values of their organization related to learning and how a new space might directly support those values; how students and other project stakeholders might be involved in or influence the design of the space; and who was the motivation behind the desired transformation. Additionally, each grant recipient was required to create a plan to become a hub of professional learning as a resource to other organizations, either in their geographic area or based upon the types of programs and content their organizations facilitated. To assist the cohort members in creating a vision for their space and to provide them with practical design strategies for

Human Services Big Idea - The design thinking process started with soliciting the motivation behind the teams desired transformations. Creating the big idea for each space before design solutions were created was a key to achieving successful design concepts. Image courtesy of Reimagine America’s Schools.

Left: (Before) A small alcove of the existing library and a storage room behind was the area available for this transformation. Photo courtesy of Riverview School District. Right: (After) Capturing the alcove area was a small design intervention that allowed for adequate space to be created for the MakerSpace without losing any functionality in the library. The graphic on the new window celebrates the reinvented space behind the wall. Photo courtesy of courtesy of VEBH Architects.

implementation, Reimagine America’s Schools ran a three-day Design Institute at the Children’s Museum of Pittsburgh. RAS invited eight national design experts, with experience in leading charrettes and engaging teams in thoughtful discussions, to lead the design thinking process with the cohort members. Pittsburgh area architects were recruited to provide pro bono services to implement the ideas generated during this concept phase and joined the Design Institute as well. What unfolded throughout the three days not only transformed the design idea of each cohort team’s physical space, but also created awareness about the importance of design thinking at the beginning of the process and facilitated new and strengthened relationships between cohort members. On Day One of the Design Institute, the team met at the Children’s Museum where Remake Learning challenged each of the sixteen cohorts to examine the motivation behind their projects, their audience, and the effects they anticipated a design change might inspire. Design Team members mingled amongst the groups to ask questions and become acquainted with the teams. The entire day challenged the cohorts to be introspective about their process and their mission, which set the stage for Day Two where the entire group was tasked with designing spaces that reflected those missions and supported those processes. The sixteen cohorts were split into four groups, with each group of four paired with two Design Team members and local Pittsburgh architects. In our group, Kerry Leonard of Reimagine America’s Schools and I were joined by Dan Engen, a Pittsburgh school architect. We worked with Attack Theater, the Allegheny Valley School District, the Human Services Corporation, and the Riverview School District. Riverview’s cohort team included a faculty advisor, but their entire presentation was student-driven and student-led. One by one, each cohort team introduced their organization; the community that they served; their initial thoughts for a redesign; and the motivation behind their desire for transformation. For approximately 45 minutes after the introduction, the Design Team led a session in which we, as a group, asked the team questions about their space; their current needs; the way in which the space was currently used; and sought to elicit the information that would make the inspiration for the project as clear (and open-ended) as possible. Throughout the day, as cohort teams became familiar with one another and familiar with this stage of the design thinking process, the groups became visibly more comfortable and participated more and more in the presentations of other groups. It was not until at least an hour into each team’s session did we begin to discuss the proposed design of the space. By then, we knew the driving themes for each renovation and the goals we had set to measure how successfully each design was addressing the themes. The design phase of the charrettes consisted of divergent brainstorming and convergent brainstorming. During the divergent brainstorming time, we looked at multiple scenarios and thought about how they would influence and be influenced by various users and project stakeholders; different existing adjacencies to the space; and what connections could be made (physical or relational) by manipulating various design elements. We brainstormed and discussed until ultimately each group had their “AHA!” moment. In the case of Allegheny Valley School District’s project, we ended up pivoting completely from their idea of renovating a perfectly adequate library to a new idea of renovating an adjacent,

under-utilized conference room and converting it into a space that would be a catalyst for their students’ voices. The library space was too big and had too many preconceived ideas about how it should be used to serve as a catalyst for a next generation learning space. Once we landed upon our major motivation for each space, we spent the next part of the process doing convergent thinking, eliminating some ideas and keeping only the ones that supported the vision and could be achieved with the $50,000 grant money. This limiting factor forced everyone to focus on the big picture goal and determine what design decisions could make the biggest impact as a Phase 1 for each team. For the Human Services Corporation, this was primarily an exercise in selecting furniture and finishes for their after-school and camp room where we endeavored to create an inviting, non-institutional, and easily adaptable space that the students deserve. For Attack Theater, who had recently moved into a new home in a Pittsburgh neighborhood arts corridor, they decided that it was important to use the grant money to install a sprung dance floor. We brainstormed ways in which this system and the importance of it could be shared with a wider community, in support of their legacy of community engagement and enrichment, and their promotion of dance and kinesthetic learning. The most amazing part of this exercise, was to see the connections that were quickly formed between cohort groups (as well as with the Design Team) and offers to create cooperative relationships beyond our brief time together. By intentionally structuring the event with four cohort members together, the plan was to grow connections between dissimilar groups to learn from each other during the charrette and to plant the seeds for a learning community amongst the groups for the future. On Day Three, after a long night of sketching and organizing the team’s work into a conceptual design document, the Reimagine America’s Schools Design Team shared our recapped understanding from the day before in a presentation that cohorts could share with their local architecture partners. Each team celebrated the others and the fact that we, as a group, had captured their goals and told their stories. At the end of our design session, before leaving to share with the other cohort and design teams, Attack Theater led the group in an interpretive dance of our time together, which by that point felt far more comfortable than one would think for a group of people who had only met the day before. On a personal level, after three full days of design thinking and collaboration, I left the Design Institute feeling exhausted. However, much more significantly, I felt inspired by what I saw and what I was able to facilitate. The relationship we had with our cohort teams and the other Design Team members was so special – it re-energized me and my love for design, for problem solving, and for collaboration with other innovators. We worked hard but the process of engagement and the sharing of ideas was absolutely worth the effort.

Top: Allegheny Creating Connections & Bottom: Attack Theater Adjacencies - The divergent and convergent design process led each group to an “AHA!” moment that was captured by the Design Team in a concept sketch and PowerPoint presentation that each group could use to communicate their ideas to others after the charrette. Images courtesy of Reimagine America’s Schools.

The activities that occurred during and the lessons learned from the Blueprint for Learning Design Institute are ones that can be easily replicated and used by any group seeking to redesign or create spaces for Active Learning. The Design Thinking process we used allowed us to hone in on a clear inspiration for each project, and we generated multiple ideas to refine the one(s) that would best support it. It is important to consider and engage all the project stakeholders, their needs, and their priorities in order to create spaces that are positively accepted and that accomplish their goals in providing vibrant, welcoming, inclusive learning environments in their communities. Small scale projects, especially, most often must serve multiple purposes and the more engagement and inclusivity there is at the beginning of the design process, the more successful the projects will be at the end. Engaging stakeholders early on also allows the project opportunities and limitations to be defined, helping to create a framework for the projects with real-world constraints and possibilities. Understanding this allows projects to be more realistic and achievable. Architects can help in the early stage of Design Thinking before a project has even been selected. Architects are problem solvers, but more importantly we can also be problem finders. We can ask questions that force others to rethink preconceived ideas and that create relationships between things that were previously unassociated. For anyone considering a project related to Active Learning, Next Generation Design, Learner Centered Design, or anything else, it may be beneficial to engage an architect to participate as part of your team well before reaching the traditional design phases. Lastly, for Active Learning projects to be truly successful, it is important to celebrate them. Get people excited by a new project. Spend time doing marketing, both internally and externally to the direct network of project users and stakeholders to showcase the project and exemplify why it is a benefit to learners and the greater community. l

Sarah is leading the advancement of KG+D’s Next Generation educational facility design expertise. She has a particular interest in finding overlaps between curriculum and design to produce Active Learning and Learner-Centered environments. Prior to joining KG+D, she was an Associate at HOK where she co-founded HOK IMPACT and served as the first ever Global Chair of Social Responsibility. Sarah is the recipient of several awards including the 2015 AIA Young Architects Award, the 2015 ENR Midwest 20 Under 40 Award, and the 2013 BD+C 40 Under 40 Award. Sarah has been partnering with Reimagine America’s Schools since 2019 and recently served as a panelist for the AIANYS webinar “Reimagining School Design.”